The very different worlds of Craig Thomson and Kathy Jackson

Jacksonville investigator Peter Wicks from Wixxyleaks updates us with the latest bizarre happenings in the world of Kathy Jackson and the continuing legal woes of former MP Craig Thomson.

Many readers have been left disgusted and revolted by the alleged attempts by Kathy Jackson and Michael Lawler to conspire to control the $30 million estate of David Rofe QC who suffers from dementia.

I don’t think too many were surprised to see the woman Tony Abbott describes as admirable and courageous providing “companionship services” in order, it would appear, to be written into a hefty stake in Rofe’s will, well after Rofe's dementia diagnosis. However, it is the involvement of Michael Lawler, the man Tony Abbott appointed to the vice president position at Fair Work Australia (now FWC) – the organisation that spent years on an investigation that seemingly ignored allegations against all but Craig Thomson and Michael Williamson – that has surprised many.

Lawler currently earns more than $400K per annum off the taxpayer in his public service role.

With a Coalition Government that is happy to punish pensioners just to save a few quid, I can tell them where to save themselves more than $400,000 by sacking just one public servant.

There have been some interesting names going on record as witnessing conversations and behaviour by Jackson and Lawler related to their involvement with the mentally impaired Rofe. Two of those names are the AWU whistleblower Bob Kernohan and Michael Smith, the disgraced shock-jock turned right-wing blogger.

@btckr @davrosz I guess you have seen the latest poor me Michael Smith - Lawler/Jackson/Rofe saga. http://t.co/95kPmFyiCA

Some of the words used to describe the goings on under the Jackson roof have been “disturbing”, “vile”, and “disgusting”. In fact, the details provided in The Australian articles by Brad Norington have left little doubt that Tony Abbott's and various members of the Coalition's public descriptions of Jackson and Lawler were about as close to honest as the singing career of Milli Vanilli.

Bob Kernohan is widely regarded as a man of great integrity — a true union man who spoke out against what he saw as improper behaviour.

Michael Smith, however, while claiming he was disturbed by the stomach churning and vile behaviour of Jackson and Lawler, was still happy to not only live with them, but also talk about Jackson on his blogsite as if she was some sort of Mother Mary figure, despite her alleged behaviour seemingly bearing more resemblance to a Mary Magdalene style of character.

Smith is actually someone I had tried to persuade to look at the evidence against Jackson a couple of years ago when he became quite vocal on the matter, I wonder now if he regrets not taking the time to look over the evidence I provided to him.

Smith has seemingly been used and, when his usefulness ran out, has been cast aside, with his integrity and reputation left in tatters.

For Craig Thomson, the man who Jackson, Lawler, Smith and their cohorts set out to destroy, last week was not a high point.

Thomson once again found himself back in a Melbourne court, this time defending himself against charges from the Fair Work Commission.

Thomson had provided an affidavit to the court in an attempt to have the matter dismissed for either of two reasons.

One of those reasons was that Thomson believes he has been punished enough already. It is certainly hard to recall someone else who has been pursued so relentlessly and has been subject to such humiliation only to be finally found guilty of a few cases of unspectacular spending that could have been settled in the Small Claims Court. Instead, his case was argued in the open court of public opinion chaired by the shock-jocks, News Ltd and Fairfax, eventually winding up in a criminal court where he was finally found not guilty on the vast majority of charges, including all of charges related to brothels and prostitution that had been plastered all over the tabloids and splashed all over our television screens for years.

Thomson also made the point that he is now forced to represent himself as he finds himself $620,000 in debt due to legal expenses. This renders him unable to pay any fine the court may hand down should he in fact be found guilty.

The second and more controversial reason is due to mental illness brought on by stress. This is something for which Thomson has provided medical evidence to the court.

There are those who claim this is hypocrisy on Thomson's part, after the reaction to Kathy Jackson’s delays to her Federal Court case for mental health reasons.

There are differences, however.

For starters, there have been questions surrounding Thomson’s mental health, ever since he gave his clearly emotional parliamentary address  back in May 2012.

For Kathy Jackson, however, the questions of her mental health only came up after she started digging her own grave on the witness stand at the Trade Union Royal Commission.

Jackson, of course, checked herself into to a luxury mental health facility only hours before she was due to face Federal Court regarding over $1.4 million of alleged improper spending of HSU members' funds. This was a court matter that had already been delayed by Jackson numerous times, for a variety of reasons, some of which verged on comical.

The main difference, however, is in the timing.

Thomson is nearing the end of his legal battles and has already passed through the worst of the storm having come through a very public criminal trial and emerging with less spending to answer for than Tony Abbott’s combined book promo’s and fun runs and bike rides.

Jackson on the other hand is yet to face a single day in court over the allegations of the $1.4 million plus she spent on travel, grog, fancy meals and at retailers like David Jones and JB Hi Fi.

While Thomson has been keen to move on from this chapter of his life and has faced his accusers without attempts to delay proceedings. Jackson has delayed her Federal Court matter for well over a year now, and when things turned at the Royal Commission to be about her actions she had a hissy fit and stormed off the stand, refusing to answer questions and claiming to have been “ambushed”. When she finally reappeared, weeks later, she again delayed matters by using the “charity shag” argument and her lawyer managed to have the majority of contentious questions ruled out until the public hearings were completed.

It is also important to note, Thomson is not seeking to delay the matter — he is using a legal argument to try to have the matter dismissed. The vast majority of these matters Thomson has already been found not guilty of in criminal court.

In my next piece, coming very soon, I will be looking at some of the bizarre elements of the current Thomson court matter and the hypocrisy of the Jackson defence.

There is never a dull day in Jacksonville. 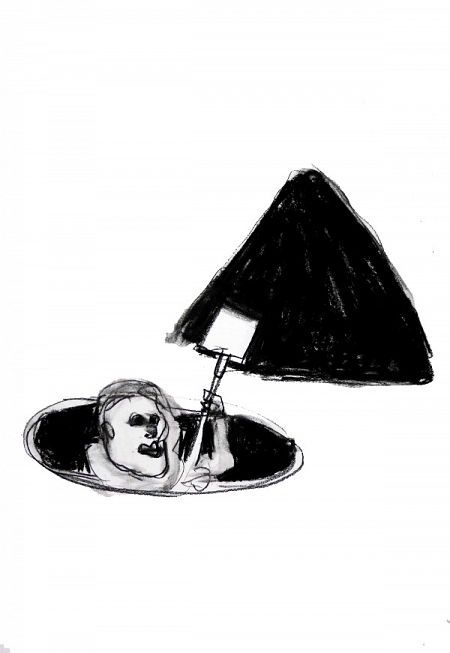