This morning in a Melbourne court room, via telephone, Michael Lawler attempted to represent his partner Kathy Jackson in a HSU dispute. Peter Wicks from Wixxyleaks asks whether there is a conflict of interest.

This morning, in a Melbourne court room, a strange thing happened.

Someone who has spent a long time claiming to have nothing to do with anything concerning the Health Services Union or the allegations of corruption that have surrounded the union, appeared to contradict his own claims.

The name of this person is Michael Lawler, and readers of my investigation into the HSU saga would be familiar with who he is.

For those who aren’t, Lawler is the vice president of Fair Work Commission (FWC), formerly the FWA. This is the same FWA that investigated the Health Services Union and led to the allegations against Craig Thomson. A recent article that gives a brief outline of Lawler's involvement can be found via this link.

Lawler was appointed by Tony Abbott, who at the time was the industrial relations minister under PM John Howard.

Michael Lawler is also the partner of Kathy Jackson, the self-proclaimed HSU whistleblower who now finds herself in the centre of a corruption scandal, where the dollar figures she is alleged to have embezzled far exceed those she brags about blowing the whistle on.

More on that later.

Michael Lawler is vice president of the Fair Work Commission and is an industrial judge of equivalent standing as a Federal Court judge.

This is a position that the taxpayers like us pay an enormous amount of money for — somewhere in the vicinity of $400,000 per annum. It is the Fair Work Commission's responsibility to act in an independent manner — otherwise you may as well drop the word “Fair” from their title.

This morning in the Federal Court in Melbourne, Kathy Jackson was due to appear to give her defence against civil actions being taken by the national office of the Health Services Union to retrieve funds.

Part of this action relates to the employment contract for Rob Elliott, drawn up and signed by Kathy Jackson and Michael Williamson, the latter of whom now lives in a room with bars on the windows.

Kathy Jackson has so far failed to file a defence and was not in court this morning.

In order to avoid being charged with contempt of court, Jackson attempted to have the matter heard remotely.

Acting on her behalf, or seeking to act as Jackson's legal representative in this case, was Michael Lawler. 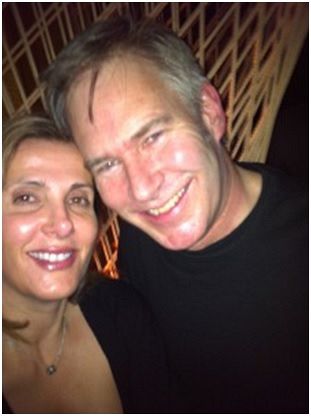 In other words, Mr Lawler, an industrial judge, who claims nothing to do with HSU business, was seeking to act as a lawyer for a HSU union official facing corruption allegations in an action against her by her union. Though being heard in a different court, this sounds very much like an industrial dispute.

The judge in the case was allegedly rather irritated by this intervention from Michael Lawler, having to explain that Lawler could not act on Jackson's behalf without being present in the court — something one would have hoped and assumed someone in Michael Lawler’s position would fully across.

Whatever potential damage Michael Lawler may wish to do to his own reputation by his continued defence of Kathy Jackson is, of course, his own concern.

However, it is of significant public interest when the independence and integrity of the country's industrial relations watchdog and umpire appears to be brought into question by the actions of one of Australia’s highest paid public servants and judicial officers.

The public should have every right to feel concerned.

Surely, taxpayers dollars should not be spent on a public servant meant to be an impartial indistrial judge who is freelancing as a barrister for a union official with whom he is in a long-term relationship that is facing civil action from her own union.

The conflicts of interest there should surely be obvious and manifest to anyone. The fact that they are apparently not for Jackson and Lawler is somewhat hard to fathom. Perhaps they feel above the law and untouchable?

It should be noted that no other media organisation has so far reported on today's events, apart from Pia Akerman from The Australian, who did not mention any conflict of interest concerns.

Her report did have it moments, however, such as this melodious stanza:

Mr Lawler, who was often difficult to hear over birdsong from his end of the telephone line, also asked if Mr Irving could intercede to have a photo of Ms Jackson removed from the internet.

Mr Lawler said Ms Jackson was distressed by the publication of the photo which could only have come to Mr Landeryou in an “unlawful fashion”, and asked that Mr Irving ask the HSU to take steps to have the photo removed.

The case has been adjourned, with a December trial date preserved. 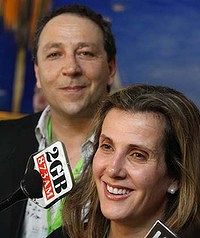 Birdsong? Could Jacksonville be any more bizarre?

Coming up soon: Peter Wicks explains what Jackson stand-over man Marco Bolano confronted him outside The Union Royal Commission this week. You can follow Peter on Twitter @madwixxy.