Kathy Jackson melted down yesterday in the union Royal Commission as it dawned on her that her self-professed whistleblower status was not going to save her. Peter Wicks from Wixxyleaks reports.

Yesterday, as I headed into the Trade Union Royal Commission, I sent out a tweet:

Well, at the Commission yesterday, Kathy Jackson finally had a taste of that Rocky Road ice cream and it is fair to say she had an allergic reaction.

In a day of dramatic proceedings and contradictory testimony, the day ended in disaster for Kathy Jackson.

Kathy Jackson had been called back into the Royal Commission to answer some more questions in relation to new evidence that had emerged about the so called NHDA bank account she controlled, as well as the agreement her union branch had formed with the Peter MacCallum Cancer Institute regarding the unpaid entitlements of workers.

There is much to report on regarding yesterday's proceedings, so I will cover some today and some later.

The questioning from Counsel Assisting Jeremy Stoljar started out quite soft and laid out the details of the agreement that was formed between Jackson’s union branch and Peter MacCallum Cancer Institute.

Based on Jackson’s testimony yesterday, the union spent large amounts of member’s funds on legal action against Peter Mac for not paying workers entitlements. These entitlements were quoted in the Commission as totalling $3.16 Million. A deal was struck between the union and Peter Mac so that Peter Mac paid no money to workers who hadn’t received their entitlements, the union retrieved the money they had spent on legal and other costs which was around $250K and Peter Mac got to hide the whole thing so the board didn’t look bad. 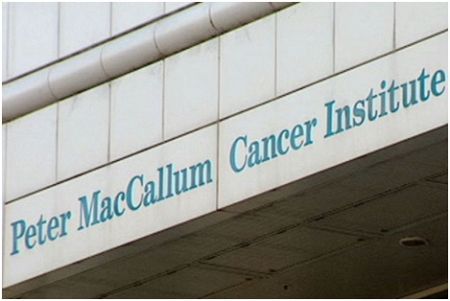 Everyone did well it seems, except the poor old members, who were left short-paid.

It appears that for a $250,000 – allegedly highly illegal – secret commission, the HSU under Kathy Jackson no longer looks after its members, but instead looks after the board of the employer who underpaid the union members.

Jackson’s reasoning yesterday for not doing her job and pursuing the member’s entitlements is that there would have been 38 redundancies made at the hospital and, as stated in a letter from Peter Mac:

'The implications of these amounts if claimed through breaches of award proceedings would threaten the continued viability of research at Peter Mac.'

While this may sound fair enough to some, it certainly does not excuse an employer for breaching their legal obligations to employees.

For a multimillion dollar operation like the Peter MacCallum Cancer Institute, which receives vast amounts of taxpayer funding, it all seems a bit far-fetched and desperate. If Jackson actually felt that strongly about the supposedly fragile state of Peter Mac’s cancer research funds, it certainly didn’t stop her from quietly taking $250away for her own use.

The real trouble for Kathy Jackson however started when Stoljar pointed out her testimony yesterday conflicted with her previous sworn evidence.

The workers from Peter Mac came up in questioning at one point:

Q. Stoljar. On the 19th, the documents which I've taken you to this morning weren't available, but when you answered the question: "Did members of the union who were working at Peter Mac get some payment?", you answered: "Yes". That's not correct, is it?

A. Jackson. No, but at the time I thought it was correct, yes.

Last time, Jackson’s testimony was that workers received payments. That has now turned out to be false. Her testimony yesterday that she thought this was correct at the time seems absurd.

Given that Jackson was central to the deal done between the union and Peter Mac, and heavily involved in the agreement, it would seem to me inconceivable that she did not know the content of the deed that her solicitor had drawn up on her behalf. This may suggest that, at the time of her earlier testimony, she should have been aware she was giving false testimony and could have done so unaware that further details would emerge – as they have – exposing her testimony as false.

When it came to the NHDA bank account where the $250,000 payment ended up, Jackson was adamant it was not members' funds. This clearly frustrated Stoljar, as Jackson had already admitted in her testimony member’s funds had been used for legal costs involved in the Peter Mac matter. Now the union had received reimbursement for those expenses, suddenly they were no longer member’s funds.

However, it became even worse than that for the long suffering members, with Jackson testifying that in both her eyes and the eyes of her Branch Committee of Management (BCOM), once money went into the NHDA account it ceased being members' money.

This is quite alarming, considering it is an account in which there has been no evidence at all of any legitimate HSU expenditure. There has been spending at JB Hi Fi and David Jones, as well as other retailers, and a lot of cash withdrawals, but no evidence of Union business, as Jackson claims.

Jackson also admitted that she was expecting the NHDA account of hers to end up with $400,000 in it after it was revealed through minutes of branch meetings that the BCOM had approved the transfer of up to $90,000 of members' funds a year into the NHDA account, where they would cease to be members' funds.

To me, this is not unlike walking out of a retailer with an item you haven’t paid for and claiming it’s no longer the retailers because they no longer have it in their store.

Some would describe the proceeds of the NHDA account and its expenditure as theft. The graphic used in this channel 9 report summed it up brilliantly for me:

I note that NHDA apparently stands for National Health Development Association. I also note there is nothing in the accounts expenditure that relates to health at all, nor is it a registered association. It is just a name on a bank account that Jackson has complete control of and is not monitored or audited by the Union.

One payment talked about in the media has been the $50,000 payment to Jeff Jackson, Kathy’s ex-husband. This payment had apparently slipped her mind the last time she testified and her testimony yesterday was that she forgot to whom the $50,000 was paid.

Stoljars response was that Jackson’s testimony was that it was:

Shortly afterwards, there was a recess. After proceedings resumed, things turned rather ugly.

Last time Kathy Jackson was on the stand, this is what she stated before standing down:

Jackson’s full commitment to the Royal Commission came to an end yesterday.

It seems that as soon as counsel assisting started looking at allegations against her and pointing out her contradictory testimony and misleading statements, Jackson’s commitment rapidly dissipated.

Jackson suddenly claimed she needed time to seek legal guidance, claiming that the Commission had “ambushed” her.

She used the word "ambush" many, many times.

She claimed that she had not been told by the Commission she was going to be questioned on these matters in this manner and, as she had no legal representation, was entitled to the legal assistance provided to whistleblowers through the Commission.

This is, in my mind, bizarre on numerous levels.

Firstly, the whistleblowers' legal assistance provided by the Commission is designed for those who can’t defend themselves and are seeking protection from outside threats — such as legal threats, or bullying and harassment. It is not designed to protect someone from the Commission itself. The Commission is only a threat if you have done something the Commission has been set up to expose and you are seeking to avoid scrutiny, or possible criminal or civil proceedings or investigations.

Ironically, if Jackson receives this legal assistance it will once again be Union members footing the bill for her — this time as taxpayers.

I also find it startling that Jackson has come into a Royal Commission with absolutely no legal representation. What happened to all of the legal support she was receiving from her rightwing pals?

Jackson’s claim that she was ambushed and had not been told what she was to be facing is also an odd claim.

Did she really expect to be given notice of what she was to be asked? Has she been informed previously of what was going to be occurring?

Jackson appears to have had a genuine belief that allegations against her would be ignored because she has portrayed herself as a whistleblower. She was clearly shocked and visibly shaken at the realisation she was suddenly going to be accountable for her own actions.

It appeared like Jackson had assumed she was a protected species and that it had now dawned on her that her erstwhile protectors no longer wanted to risk being dragged down with her.

This apparent realisation seemed to hit Jackson quite hard.

With no legal representation. Jackson seemingly had only the advice of her companion Michael Smith to rely on. Whatever advice she was given, or whatever she decided alone, the end result was she refused to answer further questions and fled.

‘Ambushed’ Kathy Jackson reaches for a lawyer | The Australian http://t.co/obag7M6adt

Tonight, Jackson will presumably spends the night with her partner Michael Lawler, who earns approximately $400,000 per year from the public purse. She will likely sleep with him in their multimillion dollar property.

Things are tough all over… 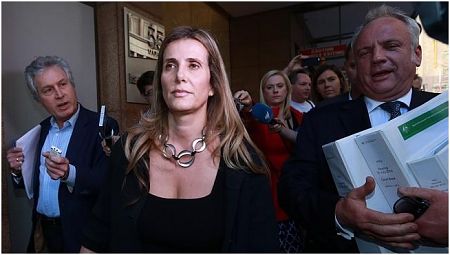