All countries have been graded on prosperity, security and freedom and Australia has been given a huge F for FAIL, as Alan Austin reports.

The Heritage Foundation is a conservative American think tank with a record of supporting far-right causes and conspiracy theory candidates for political office. It has a history of opposing workers’ rights and progressive causes.

The author and editors of Independent Australia do not endorse the Heritage Foundation.

The point of this article – which the author accepts could have been spelt out more explicitly – is that even a hard right, pro-big business, anti-labour American political organisation has acknowledged these two important realities:

1. For its full six years in office, Australia’s Rudd and Gillard Governments had the highest economic freedom in the OECD and third-highest in the world.

2. After eight years of the Coalition, Australia’s ranking has tumbled to tenth in the OECD and 12th in the world.

Globally, virtually all compilers of comparative tables have ranked Australia’s Labor governments highly and Coalition governments well down the rankings. Heritage is merely the latest to do this. We believe it is useful for Australians to know this.

AFTER THREE YEARS of incompetent and lazy mismanagement by Prime Minister Scott Morrison and Treasurer Josh Frydenberg, Australia’s global score on economic freedom has collapsed to an all-time low. This adds yet another item to the list of “worst ever” outcomes notched up by this inept administration. That list is now well above 50.

Australia no longer a global leader

Washington-based think tank Heritage Foundation released its 2022 index of economic freedom last week, scoring 177 nations on 12 quantitative and qualitative factors. Australia was given the shameful score of 77.7 points out of a possible 100.

Australia had ranked first in the Organisation for Economic Cooperation and Development (OECD) and third in the world from 2009 to 2013. Only the tiny dynamic Asian economies Hong Kong and Singapore fared better than Australia through that challenging period of the Global Financial Crisis.

Australia retained third place globally in 2014, then slipped to fourth in 2015, then fifth from 2016 to 2019. Now Morrison and Frydenberg are in charge, Australia’s economic freedom has collapsed to 12th. That’s the lowest in 28 years of the publication of this index. 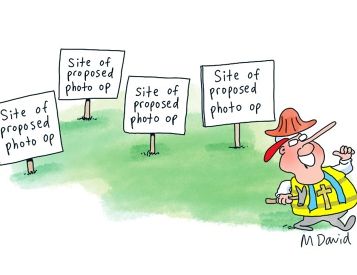 According to the report:

‘Economic freedom is the fundamental right of every human to control his or her own labor and property. In an economically free society, individuals are free to work, produce, consume, and invest in any way they please.

Extending the tawdry tapestry of trouncings

This harsh judgment confirms last month’s findings by Transparency International that Australia now has the lowest-ever score on corruption. It echoes the Economist Intelligence Unit’s assessment that Australia has now tumbled to its worst outcome ever on democracy and civil liberties.

It corroborates the World Bank’s findings that Australia is at an all-time low ranking on debt and deficits. And it backs up reports here at IA and elsewhere that Frydenberg is the worst Treasurer Australia has had. Based on measurable outcomes, his immediate predecessor, Morrison, was the second-worst. 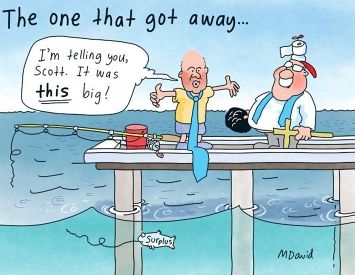 The findings signal that the next Independent Australia ranking of economic management (IAREM) ranking of all global economies will see Australia considerably lower than the dismal 23rd in the world it achieved last November. That’s down from top ranking from 2009 to 2013.

Taken together, all these negative reviews shout one clear message — the current Government in Australia, virtually alone in the developed world, is delivering ever-deteriorating outcomes year on year.

In order, the winners on economic freedom, with scores out of 100, were:

Among developed OECD member countries, Australia was one of the three biggest losers over the last year, falling 4.7 points to 77.7. The only worse outcomes were the United Kingdom, down 5.7 points to 72.7 and Israel, down 5.8 points to 68.0. All three countries have bungling right-wing governments struggling to keep the economy functioning and beset with scandals. 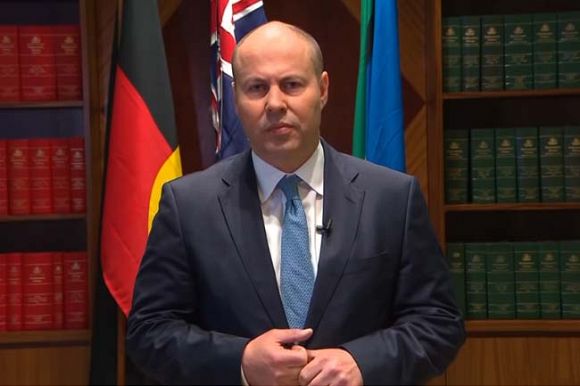 As IA has reported comprehensively, under the Morrison Government, the tax burden on Australians has reached the second-highest on record (after the Howard Government), government spending has hit a record high, debt and deficits are the worst since World War II and corruption is rampant.

The report explains that:

‘Australia is one of the wealthiest Asia–Pacific nations and has enjoyed more than two decades of economic expansion.

This implies there is no excuse whatsoever for Australia to be recording ever-worsening scores on this index or on any of the other assessments where outcomes have deteriorated year on year since 2014.

We can imagine the boffins in Washington scratching their heads in bewilderment — “Why do those folks down under put up with this spiralling incompetence? They once led the world!”

1 August 2022, 8:00am Powerful media owner Rupert Murdoch is no longer supporting Donald Trump as the ...