THE PROPOSITION that Deputy Liberal leader and Treasurer Josh Frydenberg should replace the  electorally toxic Scott Morrison as Prime Minister before the next election is being tentatively advanced.

But does Frydenberg, who has explicitly said he wants the top job, have the talent? On his record, the answer is a resounding no. 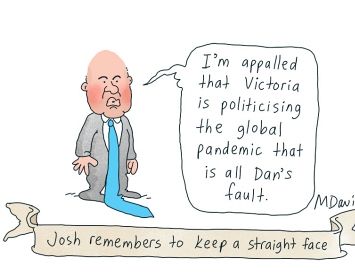 Federal Treasurer Josh Frydenberg is ramping up the falsehoods as an election looms, writes Alan Austin.

When Morrison moved from Treasurer to PM in 2018, Australia’s annual growth in Gross Domestic Product (GDP) was 2.63%, ranking 18th among the 38 developed countries comprising the OECD.

But it was downhill from there. Australia's ranking slipped to 20th in September 2020 and to 27th last June. The latest annual growth, to September, ranks 30th, the lowest on record.

This is largely the result of Frydenberg’s monumental failures in jobs training, infrastructure investment, wages policy and revenue retention from booming exports.

Morrison as Treasurer increased the gross debt by $144 billion. That’s $68 billion per year. None of that was necessary, given the vast profits from exports going untaxed.

Frydenberg then increased the debt by $152 billion before COVID-19 arrived, none of it warranted. He then added another $174 billion, of which about half was arguably justified during the 2020 recession. All up, Frydenberg added $96 billion per year as Treasurer.

The three treasurers with the worst records in the OECD on skyrocketing debt through the post-GFC boom are Morrison, Frydenberg and Felipe Bascuñán in Chile.

Although the Coalition parties routinely campaign on small government and spending restraint, they have expanded the public sector to record levels. Last month’s 'Mid-Year Economic and Fiscal Outlook' (MYEFO) reveals spending rose under Morrison to 25.5% of GDP, up from 23.9% in Labor’s last year. 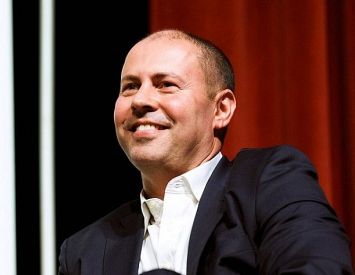 Josh Frydenberg is playing dumb on the big banks

Josh Frydenberg's latest move against the banking sector is nothing but political theatre, writes Tarric Brooker.

Worst outcomes on record under Morrison

Independent Australia has tracked the economic outcomes, which, under the Coalition, have reached “weakest on record” or “worst decline in the developed world”.

Of the fifty disastrous outcomes so far documented, 23 were the results of Morrison’s budgets. These include the worst retail recession, the greatest decline in construction, the collapse in social housing and the lowest rate of company tax collected relative to profits.

Worst outcomes on record under Frydenberg

Frydenberg has now generated even worse outcomes on 13 of those 23 variables. These include the size of the public service, the all-time lowest proportion of full-time jobs and the collapse in skilled migrant arrivals.

Frydenberg achieved all of the other 27. These include the deepest recession since the 1930s, the greatest waste of any government program in history and the largest recorded budget deficits. Not all occurred during the COVID-19 induced recession.

When the GFC hit in 2008, the Treasurer acted swiftly to guarantee the banks, boost pensions, give cash to households, maintain high tax revenue and invest vast sums in a wide range of infrastructure projects. Australia alone in the developed world averted recession and widespread job losses.

In contrast, when the developed world slipped into recession in 2020, Australia was not among those who responded swiftly and smartly. Frydenberg cut taxes, cut infrastructure and handed cash to corporations. Australia was among the biggest global losers with three negative quarters of GDP growth so far.

There is little difference in the willingness of these two men to lie. IA has chronicled Morrison’s falsehoods on numerous occasions. We have fact-checked approximately the same number of falsehoods already from Frydenberg.

The days when treasurers like Paul Keating, John Dawkins, Peter Costello, Wayne Swan and Chris Bowen could be trusted to level with voters seem a distant dream. 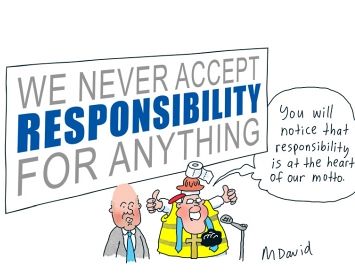 The appeal of a new PM is pretty obvious. Morrison has now been exposed as a liar, a shirker, a misogynist and a religious hypocrite who has destabilised the economy, presided over rampant corruption, bungled the pandemic response and severely damaged Australia’s global reputation.

Voters did not really know him at the last election. The media had sold an image of an ordinary Aussie bloke, perhaps a bit daggy, but a family man who watches sport, goes to church and appears adroit at the barbie.

The media are now doing much the same with Frydenberg. Nary a mention of his forty  personal all-time worst economic records and his long list of contemptible lies.

“Hey, look, politicians have never been busier, obviously, with the pandemic. And a personal friend of ours, I believe, is the Federal Treasurer, Josh Frydenberg. We welcome to the show. Hey, Josh, how are you?”

Erin Molan then said to Frydenberg:

“Actually, I also am very close friends with you as is Ed [Kavalee, co-presenter]...”

Of course, we always give our close personal friends plenty of time to spruik their achievements, however imaginary, don’t we? And we never challenge their multiple falsehoods.

Actual outcomes relative to global conditions indicate Morrison is the second-worst post-war Treasurer Australia has had. Frydenberg is the worst.

While this is a relief to the ghost of Billy McMahon, it should also be an nudge to living Australians as to who to elect as next PM. Neither.