LET’S OPEN a fine Redbreast 12-year-old single pot whiskey in celebration. According to the IAREM, Ireland now has the world’s best-performed economy. Singapore, which won top spot in 2014 and 2017, is a close second with Luxembourg, winner in 2008 and 2010, third.

Ireland’s success is due to effectively wrangling both the coronavirus pandemic and challenges associated with Brexit. Its economy, we might say, beat more storied competitors by surprising the judges with its depth and character, smooth complexity and exhilarating spiciness, concluding with a long, sweet finish.

Through the recent COVID-induced global downturn, Ireland was one of only four OECD members to avoid recession. The others were Chile, Iceland and Turkey. Of these, Ireland alone averted deep job losses.

Ireland reached the pinnacle primarily on economic growth, however, its increase in Gross Domestic Product (GDP) at an annual rate of 21.6% in this year’s second quarter was among global leaders. Since 2012, GDP has grown by a thumping 86.1%. That is the strongest of all major economies, including China.

Over that period GDP in the USA, New Zealand and South Korea grew by less than 30%. In Germany, the Netherlands, Denmark and Switzerland growth was below 10%.

Several poorly managed economies actually went backwards over this period, including Australia, whose GDP declined in U.S. dollars by 13.9% from 2012 to 2020.

The best-performed economies in 2021, with scores achieved, were:

The top thirty are shown in the table, below, with all IAREM components itemised.

The Independent Australia ranking on economic management is a composite index that measures all the world’s economies on eight key indicators.

The raw data comes from publicly accessible tables issued by the World Bank, Credit Suisse, Heritage Foundation, the CIA, the International Monetary Fund (IMF) and tradingeconomics.com. This is the world’s only index of overall economic performance based on multiple variables. 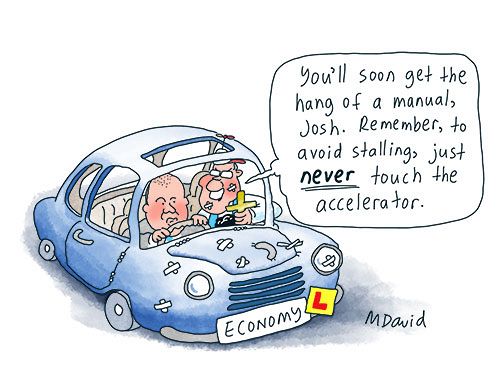 World’s best economy 2019: No, not the Coalition's Australia