We could go on, as we have each year since Independent Australia began, about the hypocrisy and arrogance behind the insistence to maintain the national holiday on this particular date — the one that for Indigenous Australians (a culture spanning 60,000 years) represents only pain.

And despite the fact that this day only signifies invasion, dispossession and torment, our national day of celebration has been held on January 26 since 1994 — that's a time-honoured tradition of 27 whole years!

Keeping Australia Day on 26 January as the only possible date on which celebrations with "beers and barbies" can possibly take place only fuels anger and division.

But that is not the reason the argument goes on. Though you can read more about that here and here.

We could marvel, once again, as to why, given that Australia Day has already caused such agony, a never-ending procession of additional insults to First Nations Australians emerges with predictable regularity around this time every year. Insults such as honouring fantastical circumnavigations, giving platforms and awards to people who seek to deepen divisions, and admonishing the national broadcaster for embracing the Invasion Day moniker alongside Australia Day.

Such actions only rub more processed white salt into the deepest of wounds and they need to stop. But they do not represent the crux of the debate’s longevity, either. 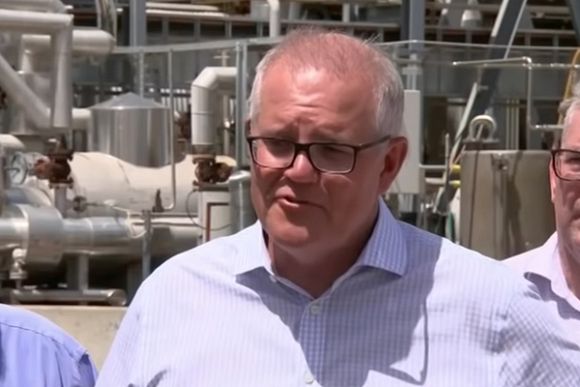 The Australian Government will never accept the term "Invasion Day" as it doesn't align with their White supremacy agenda.

We could talk about the myriad of concerns that need to be addressed, which are not always mentioned on this day – certainly not by this PM – but which are encapsulated by Australia Day happening on Invasion Day, nonetheless. These can be as simple as the tokenistic replacement of one word in Australia's National Anthem as if this can somehow atone for generations of dispossession. Or they can be as deeply troubling as the rejection of an Indigenous voice to parliament, the deliberate lack of progress towards a Treaty or the ongoing failure to close the gap.

And we could discuss possible real solutions that may address this annual shame and speculate as to why none of these has been actioned.

But the fact that we are still deliberating these same issues, without the slightest concessions on any of these matters even being entertained by the Prime Minister, would suggest Scott Morrison has no intention of ending this controversy. 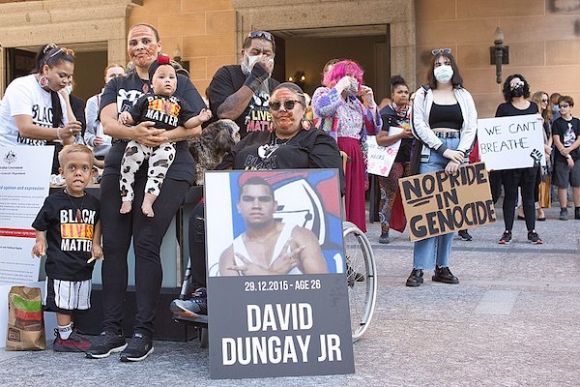 As the Prime Minister told us:

‘We do it [Australia Day] on this day when the course of this land changed forever.

There is no escaping or cancelling this fact. For better and worse, it was the moment where the journey to our modern Australia began.’

And then, solving any question regarding his insensitivity once and for all, Morrison said:

“When those 12 ships turned up in Sydney, all those years ago, it wasn’t a particularly flash day for the people on those vessels either.”

Every time a new disgraceful insult is waged upon Indigenous Australians on this day, Scott Morrison and the Coalition Government get to dog whistle to the ugly racist element of their support base, fuelling hate and shoring up those White Supremacist votes together with support from the moderately racist and the “I’m-not-racist-but” brigade. These are otherwise known as the votes that will again enable the Coalition to partner with One Nation at the next election.

The reason Australia Day continues on January 26 is as simple as it is calculated: keeping the culture wars going is simply intentional. And there is no justification for it.

"I think that was deliberate and calculated, he is seeking to ignite the culture wars"

Scott Morrison is facing backlash this morning over his comments on Australia Day. #9News pic.twitter.com/uSmLEXc1Mq 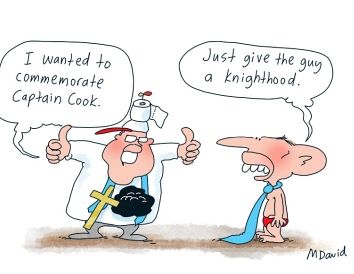 Australia isn't for its people but for plutocrats: for the billionaires, the coal barons, the media oligarchs and the corrupt politicians who represent them.