This week, a national First People’s summit has been holding a Constitutional convention to discuss constitutional recognition at Uluru in the Northern Territory. Yesterday, seven delegates and a large number of their supporters walked out of this Convention.

SBS reported their reasons why:

Victorian delegate, Lydia Thorpe, said her delegation had come to represent a number of nations with the greatest respect and integrity, and hopeful to reach an agreement - but said such an agreement was no longer possible.

“We as sovereign First Nations people reject constitutional recognition. We do not recognise occupying power or their sovereignty, because it serves to disempower, and takes away our voice," she said.

“We need to protect and preserve our sovereignty."

BREAKING: “we won't sell out our mob” delegates walk out of Constitutional recognition forum in protest https://t.co/a58kGo0M8G

As indicated by Lydia Thorpe's comments, the push in communities, at the grassroots level, is increasingly for the assertion of sovereignty followed by the negotiation of a Treaty.

The Victorian Aboriginal Forum in 2016 put treaty talks at the top of the agenda (although this has been dramatically railroaded by government agencies and agenda), South Australia has appointed a Commissioner for SA treaty talks and community consultations throughout Australia for Constitutional recognition have been sidelined by Treaty discussion.

One thing is certain, Treaty is well and truly on the agenda and momentum is gaining.

Despite having never ceded sovereignty over this land our rights as sovereign peoples was never recognised. Because the rights of Indigenous people are not protected under existing laws to the extent that any semblance of social justice and wellbeing can be achieved.

The prevailing legal doctrine is that Australia was acquired through settlement despite the presence of an Indigenous population. The English common law contained a definition of "uninhabited lands", which considered lands uninhabited if they contained peoples "uncivilised" by the 18th Century English norms.

Ultimately, through the doctrine of terra nullius, Indigenous people were subverted as savages and this was integrated into the Australian Constitution which was drafted on the premise of Indigenous people being so inferior as to not garner a mention and considered to be a fading race in any event.

Terra nullius was a deliberate social construction designed to enable settlement, a parcel of land at a time, to enable expansion of colonial settlements and to do so without any compensation to the lawful owners.

The illegality of the actions of the Crown was clear even as far back as 1832, where the Chief Protector of Aborigines at Port Philip, George Robinson wrote:

'I am at a loss to conceive by what tenure we hold this country, for it does not appear to be that we either hold it by conquest or by right of purchase.'

A fair go for the First Nations: Australia needs a Treaty https://t.co/fncrwqI5Ys via @independentaus http://t.co/Kk48K1zQFH #YothuYindi

This is not new to Indigenous people, we know that this country was not "settled". We know that sovereignty was not ceded. It is this disparity of understanding between what we know and what white Australia is told happened that we need to overcome.

This is a critical point to the success or failure of any cause — the truth and the wide acceptance of truth as fact. The average Australian simply does not know about the fight for equality and rights that the Indigenous people have been waging for 229 years.

I have been an advocate for Treaty since I was a child, so my bias is self-evident. However, I do believe that Treaty is the mechanism in which we can hold the government to account for past and present atrocities; it is our means of asserting our sovereignty and ensuring the structures that will see our communities flourish are funded.

Under the current arrangement, we are at the whim of the government with respect to which policies are imposed upon communities — the vast majority of which are done without any community consultation, but rather as an extension of ethnocentric condescension in a bid to push the assimilation agenda.

One of the foundational principles of a treaty would be self-determination. Without communities in the driver’s seat of their future, the gap will continue to widen between Indigenous and non-Indigenous Australians.

We have spoken about Treaty and know it is the answer for our people and we need to come together now – unity for our children and children's children, but most of all – for our ancestors that paid for this land with their blood. We need to think, speak and act collectively for our people. Treaty will not cure all that ails our people, but it starts a new chapter, reinvigorates pride and gives us an opportunity to take the first steps toward a new foundational document rather than amending the existing one borne of oppression.

Non-Indigenous Australians would prefer not to think of the past due to guilt or shame or apathy, however, this does not need to continue. The act of creating a treaty between Indigenous and non-Indigenous Australia would provide not only a basis for which future relations are established, but it will create a legacy for future generations to look upon with pride. Whilst the history of this nation is turbulent, it does not have to be looked upon with shame forever. Rather than continuing the status quo of oppression, the current generation of people in this country can be a part of something that brings the country pride.

A treaty has been agreed on by the groups at the constitutional recognition summit. @congressmob talked to us: https://t.co/928SoWd7QF pic.twitter.com/taEeS1v7A4

Australia can become a nation proud of its rich cultural history and all that it entails by enacting a treaty which effectively conciliates the issues of contention between Indigenous and non-Indigenous Australians. It can be the final declaration and acknowledgement of Indigenous sovereignty and a compact that dictates future relations and entrenches the requisite protections for Indigenous people.

A treaty is not a cure all, I know this, but it is the chance to be on a level playing field in deciding the future of this country for both Indigenous and non-Indigenous Australians. Let our legacy be of hope.

The existing models used in New Zealand and North America are models we can draw upon and learn from, however, they have little practical application in Australia. Australia has over 200 nations of Indigenous peoples and, for Treaty to be successful, all nations need to be properly consulted, engaged and represented.

The model that I support is one that builds into the existing structural framework. We have an executive, judiciary and legislature that is supposed to represent all members of society, but given that Indigenous people make up less than 3 per cent of the population and are without a national representative body with the ability to impact policy (and it has been that way since the abolishment of ATSIC 12 years ago) the wellbeing of Indigenous people is in decline and policies are being made "for" Indigenous people without any input from the people affected.

The Treaty model I support is one where parallel to the existing Australian framework is an Indigenous organisational framework brought about by the signing of a treaty. In the same way, mainstream Australia has local government councils, Indigenous nations can have their own nation councils to deal with local issues.

The national caucus can then elect a specific number representatives into Indigenous targeted seats in the Australian legislature, where the impact on policies is direct. I propose that the Treaty would enshrine the principle that there should not be any policies implemented directly impacting upon Indigenous people without the endorsement of the national caucus.

Additionally, I propose that parallel to the judiciary, there needs to also be Indigenous Tribunal which hears matters such as disputes under the Treaty, land rights matters and environmental matters.

It is clear that, despite the symbolic apology and campaign for constitutional recognition, structural change needs to occur to ensure that Indigenous interests are at the forefront of Indigenous governmental policies and the best means in which to ensure that the above structures can occur is through treaty where principles of sovereignty, self-determination, right to language and culture, and land rights can be enshrined and protected. 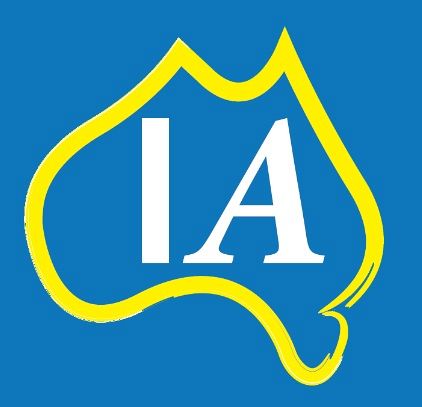 THREATS MADE TO ANTI-RECOGNITION DELEGATES

Delegates, including those who walked out of discussions yesterday, have confirmed that they, along with other delegates that are against proceeding with recognition, have been excluded and locked out from further discussions. They further reveal that the remaining delegates are preparing and signing a Makarata, which although stating sovereignty was never ceded, does agree to co-exist with the Crown.

This suggests that Constitutional recognition will proceed, despite an overwhelming number of Indigenous delegates and communities (some of which have not been consulted) being against this course of action.

The message from the communities is for the assertion of sovereignty and the negotiation of a treaty. Although the remaining delegates intend to insert "sovereignty never ceded" in the Makarata, it appears this will have little effect, given there is an agreement to co-exist with the Crown and proceed with recognition not treaty.

Delegates who have been vocally against Constitutional recognition have confirmed that they have received threats for this stance, and excluded from voicing their views and that of their community.