Meet the people who create IA

Take a trip behind the scenes with founder and publisher David Donovan and get some deep insights into the publication you're reading right now.

I LOVE Independent Australia. Mostly, I love working with my colleagues at IA. They claim to also like working with me and though I can’t be sure, I just appreciate their good manners.

But, truly, from my side, I sincerely adore them. They're fine people, sure, but more importantly, they're very good at what they do.

You might think I am just saying that. That I am just idly promoting my staff.

But no, take a trip with me down the avenue of IA staff members and marvel at the quite remarkable collection of individuals we have creating the publication you love day after day.

Who should I start with? 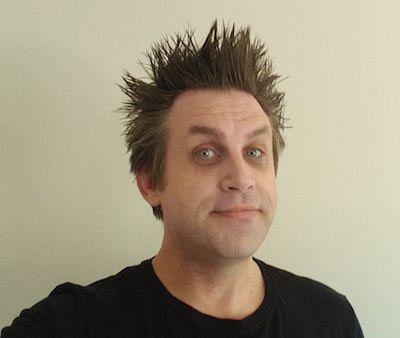 My top mate, digital editor Dan Jensen, might be a good starting point.

Dan is an amazing cinematographer, with an extensive bio on IMDb. He's full-time at IA, but is also directing a feature movie in his spare time.

He's also a brilliant musician and writer, who keeps us up to date with must-see movies.

A few small things about Dan:

I met Dan about four or five years ago and he has been working with me ever since. Dan subs about half of IA's stories and also does all the great Photoshop stuff and pictures that complement the amazing cartoons from Mark David. 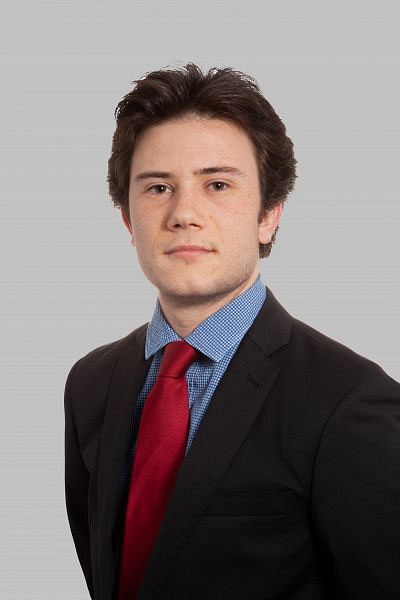 Then we have associate editor Nick Bugeja. Nick started working for IA a few years back, when he was studying journalism and law at university. He is a workaholic and has never stopped working for us, despite internships as far away as South Africa. He is inspiring.

Somehow IA retains staff like Nick, who is still editing for us today, despite being a full-time human rights lawyer for a very high-profile NGO. Nick must be a great lawyer because his journalism is above first-rate.

The son and heir

Next up, my very own son, the former school captain, works with us at IA. He is rather brilliant, but I make sure he only does menial tasks to keep him from taking over the empire.

Xavier is not perfect, perhaps, but this almost 18-year-old is, pretty much, the only year 12 I've heard of who is not satisfied with just getting straight As — if he drops half a mark, he usually calls for a recount. X does our mailouts, subscription renewal emails and some article subbing.

Read some of Xavier's work HERE. 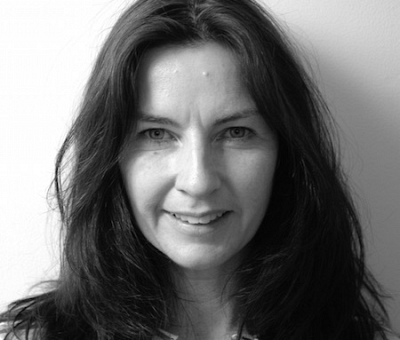 Cherie and I both agree that she is the funniest person who works for IA. She is also highly professional and also the easiest one for me to write about. Largely because she sent me a list of dot points when I said I was going to write about the team!

You may think I'm being flip, but since Cherie started working for IA I cannot think of anything she has done I'd have done differently. Despite having lots of experience, including working for the popular local Warrandyte Diary newspaper, Cherie has also published two historical books and edited others.

In short, Cherie is a legend. And as if she didn't have enough going for her, she's also a native New Zealander, goddammit. 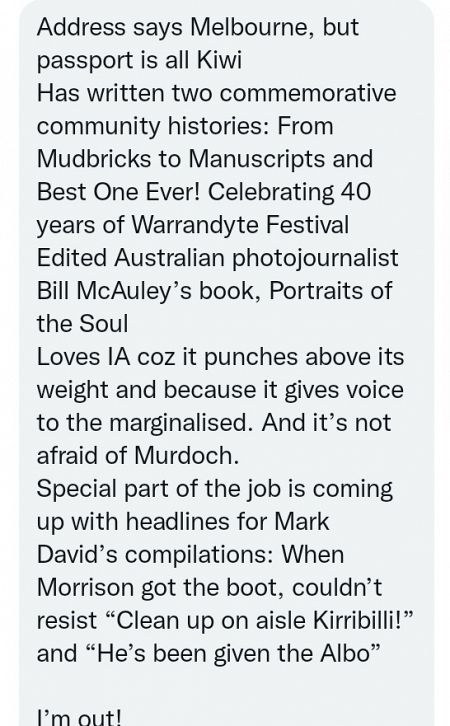 Now that I come to think of it, Cherie is a bit of a show-off.

(Cherie is not a show-off at all! Derr!) 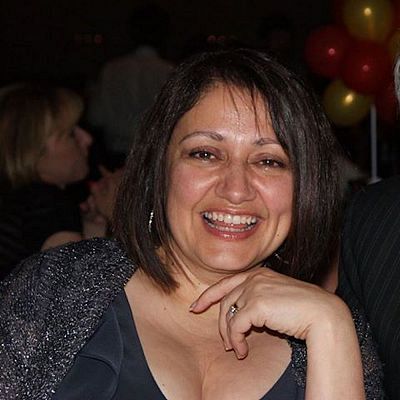 I have saved until last the most important cog in the entire IA machine, so you may think I could have been able to come up with a far better analogy! Nevertheless, it's apt, because, without her, IA would have gone kaput long ago.

It's true. Managing editor Michelle Pini joined IA as an intern in 2015 while completing her master's in communication at Deakin Uni. Michelle had already had a stellar career in marketing, including senior executive roles in the wine industry with top firms.

IA began in 2010 and had been through a lot of ups and downs, in popularity, style and especially personnel. By 2017, I was on the verge of shutting IA down. I'd had enough. But Michelle, then only an assistant editor, talked me out of it and convinced me to just make it fun again.

Having fun seems simple, but it makes such a difference. Since 2017, having fun, we got into the Press Gallery, made it into the Press Council, had several scoops stolen by the mainstream (that wasn't new) and hired all the rest of the staff I have lauded above. Our readership soared.

In 2020, after exactly ten years, I stood aside as editor of Independent Australia and Michelle took over (although unofficially, Mickey had been the editor for at least a year). Easiest decision ever. Because IA isn't DavidDonovan.com.au and with Michelle at the helm, I knew my baby was in safe hands.

Of course, IA at ten was not a baby and needed someone like Michelle to take it to the next level. I reckon she has done alright, what do you think? Especially given English is not even Michelle's first language! (Well, she did move here from Greece when she was four. Oh dear... sorry, Michelle.)

Michelle, of course, is an absolutely brilliant writer and one of the most gifted editors in Australia. Michelle is also intrinsic in putting together our team of expert paid contributors and cartoonists and even writes and performs in Bloody Idiot of the Week, as well as our light-hearted podcasts. That's just the facts. Her skills in marketing and event organisation are pretty darned impressive too, by the way.

In short, Michelle is alright.

Back to the future

I have never made a cent from IA. I am actually remarkably unambitious. My dream is to be able to get IA to be properly viable so I can write some books I have planned. And get my existing, amazing poetry book, fully illustrated by Mark David, published.

You might be thinking, I have such a great bunch of editors, contributors, illustrators and video monkeys now, surely I could do that.

Well, no. Because after the Morrison Government and almost a decade of Coalition rule, the cost of living is out of control, many are doing it tough and have been reluctantly cancelling their subscriptions to IA.

In fact, if things don't pick up soon, my next step will probably be cutting back the hours of those staff I told you about before. Those very talented journos. My friends. Maybe even let some go, down the track. So, Morrison and Co win, in a sense. I hope it doesn't come to that.

Breaks my heart to ask you for financial support and I wouldn't do it except for my staff and my 12-year-old child, Independent Australia, which as I told you is in such good hands and just starting to make its way in the world.

If you could spare even $5 or $10 during this tough time, we'd really appreciate it.

Subscribing to IA is also very much encouraged and you can SUBSCRIBE HERE.

Thanks for listening to my story.

Okay, at the risk of sounding like I'm sucking up to the boss, here is my two bob's worth. IA was ground-breaking 12 years ago and is still a powerful, truly independent media outlet that has celebrated voices otherwise unheard, stories untold and uncovered the news that mainstream media ignores.

Dave isn't a bad writer, either. In fact, he can write rings around most. Talented, smart and just plain hilarious, he is also truly the kindest, most generous and supportive boss evah!

Luckily, he doesn't do it for the accolades, because IA is truly not an “insider” — we are more like a persistent thorn in Rupert and Co's side. But while Dave doesn't need awards and praise, IA needs money to continue.

Pretty sure I speak for the IA team when I say we love our job! Our work is important, we work with great writers, we have fun and our efforts are valued!

Oh, and our boss is alright, too! 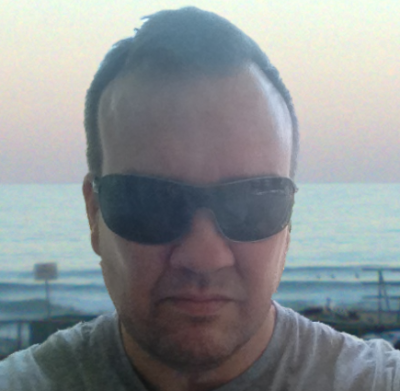 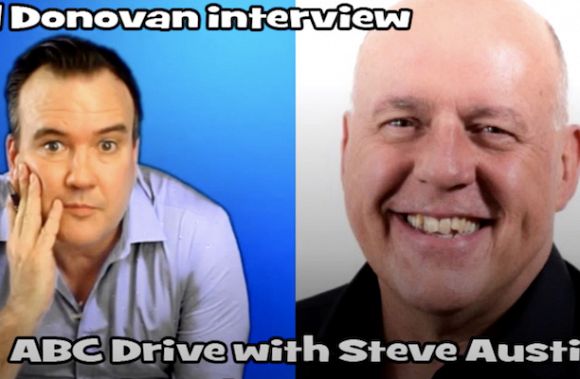 For ten years, a local independent news website has been running on the whiff of a hint of a smell of an oily rag.