Isn't it time we had an Indigenous Memorial Day?

Rarely have Indigenous peoples been recognised for their sacrifices to protect their home from invasion, known as the Frontier Wars. Arrin Chapman argues it’s time we considered a national memorial day of the same magnitude as ANZAC day.

THIS YEAR'S ANZAC centenary was marked by the pomp accorded such a milestone. It was also the scene of a largely underreported incident that highlighted an issue that this country is still unwilling to engage with.

An Indigenous ex-serviceman marching with the unofficial Frontier Wars procession was denied the opportunity to lay a wreath for his fallen ancestors, with the explanation offered by police in attendance being

If indeed there is no “room” in the ANZAC tradition to be inclusive of all conflicts involving Australians, perhaps it is time the fallen of the Frontier Wars were officially acknowledged in their own right.

ANZAC day is archetypal of Australia’s national days and identity. A mixture of colonial and convict, we see ourselves as the underdogs who triumphed in a harsh and alien world. Rarely have Indigenous peoples been recognised for their sacrifices to protect their home from invasion.

Perhaps it is time we had a permanent memorial day for the Indigenous people who fought and died for their country.

Aboriginal ex-serviceman threatened with arrest, told "This day is not for you" during ANZAC Day/Frontiers War march https://t.co/byYNzpUnzE

In 2013, the then Opposition Education Minister Christopher Pyne reignited a debate on history education that had started a decade earlier. Criticising the new Australian curriculum as having,

he put forth the opinion that ANZAC day inherently carries more national importance than these other days.

The attention paid by the nation to these days would indicate that he is not alone in his opinion. It would also seem to indicate that the amount of time invested in teaching about ANZAC in school is sufficient and perhaps other national days of remembrance could use some extra attention.

The importance of ANZAC day, of course, cannot be overstated. The impact of the First World War nation has been immense on our national consciousness. To this end, we have memorials and a national day of remembrance to keep it in the public consciousness.

It is only right that it is kept in the fore front of the nation’s mind to keep from repeating the mistakes of the past and honour not only those who gave their lives but those who continue to do so. 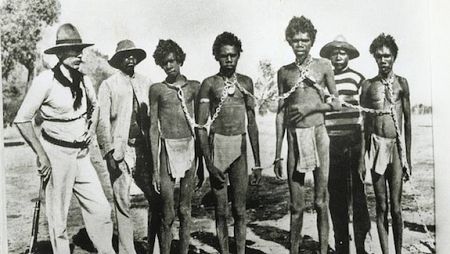 To truly look at all the sacrifices made for this country as it currently exists, however, and to acknowledge all that makes up who we are today as a nation, we need to acknowledge all of the battles Australians have fought — including the ones we fought amongst each other.

In pursuit of an inclusive Australian history and national identity, ANZAC day should therefore not be seen to carry any more weight than these other days. Reconciliation Day particularly allows the opportunity for national humility and reflection. Even Reconciliation day, though, still covers only part of the story.

Significant parts of our history go largely ignored. Because of this, perhaps a more total day of national grieving and remembrance needs to be instituted.

The massacres that happened in this country well in to the 1920’s are a part of our country’s history that every Australian should be aware of. They give an insight into the difficult situation that this country currently finds itself in terms of race relations. Engaging with this idea is much harder as the history does not easily lend itself to the same positive spin that allows the ANZAC legend to embody heroics and bravery.

“…a confidence-sapping 'black armband' view of our history…”

This extreme view, however, fails to see the value in engaging with difficult and sometimes unpleasant past deeds. Indeed the only way to move forward and grow in life is to engage with things that we would rather not and own the consequences.

The question is, would a national day of grieving, placed on an equal pedestal in the public consciousness as ANZAC day help to salve the wounds of the past? Is it even wanted? Would the erection of a series of memorial structures be worthwhile or even appropriate in the pursuit of continuing this dialogue? What would such monuments even look like? Who would be involved in the consultation process?

The existence of the Frontier Wars marchers since 2012 would seem to point to a need, perhaps engaging with this movement is a good place to start.

Sharon Chin, Fabian Franke and Sheri Halpern point out the problematic that is monument structures for such complex issues and the need to handle their erection with the utmost care. Despite nearly two decades of consultation, the Monument to the Murdered Jews of Europe in Berlin still causes debate as to its intention and worth.

While it may seem like a process that has caused more trouble than it is worth it has without a doubt continued to bring the issue to be discussed and through discussion perhaps these types of atrocities will be avoided in the future.

Of course this type of discussion is best facilitated by a well-educated population — a discussion that the current government would prefer, it appears, to simply not have. Christopher Pyne’s ‘Black armband’ comment apes Howard before him and effectively attempts to stifle discussion around acknowledging the sheer impact of White Australian history.

”The Coalition believes that, on balance, Australia's history is a cause for celebration."

This statement demonstrates clearly that the current government is unwilling to deal with all of our history and are more interested in a rose coloured glass view of it. While the Coalition stands committed to creating this simplistic, positive view of our difficult history it is worth looking at the way the German parliament viewed the erection of their monument. Their stated purpose was,

“to honor the murdered victims, keep alive the memory of…inconceivable events in German history and admonish all future generations never again to violate human rights, to defend the democratic constitutional state at all times, to secure equality before the law for all people and to resist all forms of dictatorship and regimes based on violence."

This statement demonstrates a willingness to engage with the past without blaming those in the present, a sentiment that would surely go a long way to bringing on board those who claim the sentiment “but I didn’t kill them, why should I feel bad?” 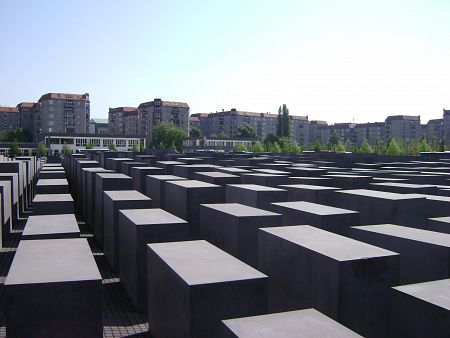 Monument to the murdered Jews of Europe, Berlin

These monuments are not about the "black & white" of "blame & guilt" but about a rallying point for all who remain wherever they come from. They are about the living, healing together and moving forward toward a future where every one feels valued.

Perhaps there was more impetus on the Germans to make reparations as this particular part of their history is taught worldwide whereas this part of ours is largely not. Perhaps, as Colin Tatz argues, we simply don’t engage with the idea that Australians could be the perpetrators of Genocide because we equate the concept with the actions of “evil people” like the Nazis and Pol Pot’s regime, rather than being the complex result of discriminatory attitudes and policies.

The egalitarian mateship inherent to “being Australian” gives us a type of moral inoculation. Perhaps the German government is simply older and more reflexive than ours and they acknowledge that their history, like ours is not perfect.

"The Australian War Memorial refuses even to recognise their remarkable resistance to the British invasion" http://t.co/qBiCKhVAC4