The attacks on Paris yet again highlight that there is a bias in not only mainstream media reporting but also Western culture, with some tragedies being considered far more important than others, writes Arrin Chapman.

A bomb exploding at a funeral kills 19, gunmen kill 147 in a university, 41 (at the time of writing) are killed by suicide bombers in one capital city and 128 are killed in another. All of these tragedies in the space of a week. Yet only one of these events has galvanised the collective outrage of Western mainstream media. Only one has shocked the Western world in to shows of solidarity. The attacks on Paris yet again highlight that there is a bias in not only mainstream media reporting but also Western culture, with some tragedies being considered far more important than others. This bias inevitably results in the wrong questions being asked again and again, perpetuating a vicious cycle of violence.

If we look at the above list of tragedies there is one common thread between three of the four. The first three – Baghdad, Kenya and Beirut – are all places that there has been a constant representation of violence and social dysfunction by Western media. A representation that is used by some as proof that all people in these countries are incapable of existing in civilized First World countries. The media narrative is that these places are full of dangerous people, who only understand war and violence. There is an expectation that this is simply part of their world and as such is not newsworthy in any major way. But we understand Paris — it resonates with us because they are like us. Paris, a paradigm of perfect democratic freedom, where this type of thing does not happen is therefore considered of greater importance.

Paris wasn't the only city to suffer a devastating ISIS attack this week: Beirut did also. Why is it being ignored? https://t.co/lq5he6lJEF

Paris is a tragedy worthy of 24 hour coverage and front page news because of this narrative associated with it and the ease with which we can see ourselves in the people affected. France’s story, like many First World countries, is told as one of a first world, civilised, democracy that believes in peace, love and freedom. There is no doubt that to a large part this is true, but it is also the reason that discussions around why this attack and the Charlie Hedbo attacks are spoken of in terms of external problems not internal ones. France has a historical disconnect between its European population and French speakers from French colonies. This has created a pool of disenfranchised Muslims within France that ISIS can easily exploit to their own ends. The question that is not being asked is what can be done to close this gap and provide an environment in which these people do not feel so alienated that they wish to harm people in their own adopted country. This is the question concealed by the overarching narrative.

Externalised questioning is always easier than internal questioning. Hence we see that France’s reaction to this tragedy is to threaten to be “ruthless in its response” to the attacks but saying nothing about how to tackle the problem of social disconnect that in part caused it. As Bizina and Gray point out the nature of terrorism has changed and as a result societies need to start looking at why youths are becoming disenfranchised. This violent kind of thinking simply further creates more violence that ISIS can use to justify their agenda and further their recruitment. Nobody wants to admit that something about the way that they engage with the world may be causing a problem, it is easier to blame someone else. This is not limited to France, even we can see the hallmarks of this created in the nationalistic pride of the inflexible Australian "Love it or leave" attitude that inevitably creates an ‘Us or Them’ mentality that leads to the resentment and disassociation that then breeds this kind of violence.

quick every tweep! get ur Team Aus 'Love it or Leave it' fridge magnet from @firstdogonmoon >>http://t.co/hNWJR1Hx78 pic.twitter.com/NM9nNsLaGR

So what would be a better reaction than France’s declaration of war? If they really are a bastion of the peace effort, attempting to stabilise Syria and interested in freedom for all perhaps they can also look to why their own people wish to do them harm. As Lederach points out the line between justice and revenge is a thin one. We need to reframe the question to look at how can we as a community embrace those that feel they are outside of it. Freedom in many places in the First World, comes with a caveat — it is freely given as long as you assimilate. This, at first, may seem like a rational stance, after all you do not go to someone else’s house and start rearranging the furniture. However, if you genuinely want people to join your society and become productive members of it then there needs to be some acceptance of the incoming cultures. They need to be considered housemates not house guests. Over time, through negotiation, the furniture will be rearranged as you would expect when you live with someone new for an extended period. What this means is that both parties give up some of their identity to create a new one.

Perhaps the most obvious marker of how ingrained in the psyche these narratives have become – and why we need to reframe the whole debate – is Facebook’s reaction to the Paris Tragedy. Their creation of solidarity paraphernalia for Paris has spread like wildfire with flag overlays and check in buttons for those who want to communicate that they are safe to loved ones. Whilst this is a fantastic idea, more than a few have been prompted to ask, where is my check in button and flag overlay? Why does Paris get these things and none of the other places listed in this article? Why do people feel moved by Paris in such a way that they overlay the Tricolour but not none of the other three? Australia has over 13,000 Kenyans, upwards of 48,000 Iraqis and more than 76,000 Lebanese people making up its population. Why do these people not deserve the same chance to communicate with their loved ones?

When a double suicide bombing rocked Beirut, there was no global outpouring of sympathy https://t.co/xY0kPY0lMC pic.twitter.com/KxPRyjDCac 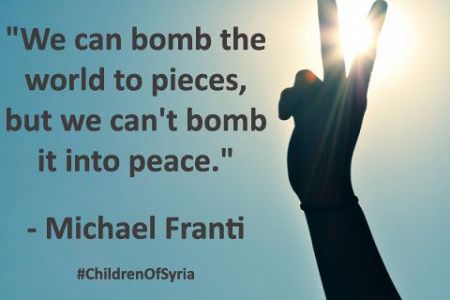