With the mainstream media in the Coalition's pocket, it's an effective weapon in the upcoming Election.

In this article from 2019, Alan Austin examined the ways in which media bias helped shift the votes toward a Coalition win, with an emphasis on fake news about the economy.

THE LOWER HOUSE result in the 2019 Election was barely changed from the 2016 outcome. With electorates up from 150 to 151, Labor lost one seat, the Coalition gained one and Independents gained one. No change to the Greens or any other minor party.

So what might have happened if voters were actually well-informed about the marked deterioration of the economy since 2013 and the real policies Labor and the Greens had formulated? These have been systematically falsified by the mainstream media over the last three years and, indeed, over the last three decades.

There is broad consensus that economic management is electorally critical.

“Every election in Australia is decided on the economy.”

What he meant, of course, was “perceptions of the economy”. 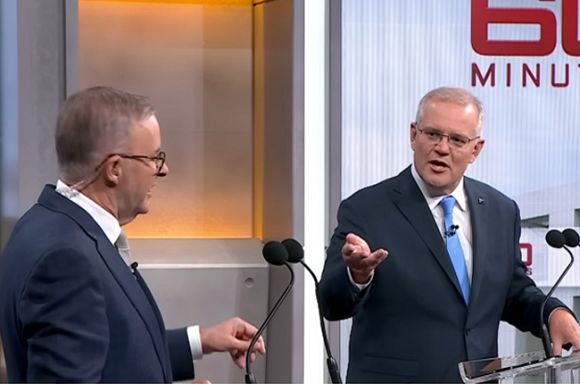 With the shambles of Sunday night's debate, Lee Duffield raises the case for getting a serious debate on the ABC.

Seasoned ABC TV presenter Barrie Cassidy conducted a revealing interview with Treasurer Josh Frydenberg on Insiders the morning after last month’s Election (19 May). In a rare moment, Cassidy challenged one of the Coalition’s favourite falsehoods. But the Treasurer won out.

FRYDENBERG: He [Prime Minister Scott Morrison] sold our economic plan to the Australian people, a plan that resonated with them...

CASSIDY: And maybe when you told people that Labor was introducing a retirees’ tax, they believed you?

FRYDENBERG: Well, it was true.

CASSIDY: Explain to me what a retirees’ tax is.

FRYDENBERG A retirees’ tax was a change to the franking credits system...

CASSIDY: That’s not a tax.

FRYDENBERG: It was a tax because these people had based their retirement on receiving a, a cash refund in the event that their marginal tax rate was below 30...

CASSIDY: So Labor was proposing to take away a concession. Where’s the tax?

FRYDENBERG: The tax was on all those one million-plus retirees, Barry, who have done nothing wrong...

CASSIDY: They are taking away a concession and you call it "a retirees’ tax"...

This exchange concluded with this compilation of falsehoods, after which the defeated Cassidy changed the subject and Frydenberg said:

“The choice was very clear around the tax claims. We were lowering taxes while guaranteeing essential services, infrastructure spending at record levels, creating new apprentices, paying back Labor’s debt. And Bill Shorten and Labor were promising $387 billion of higher taxes.”

"Explain to me what a retiree tax is?" Barrie Cassidy challenging Josh Frydenberg over the franking credits changes. #insiders #auspol pic.twitter.com/6zW5vx8m8f

Several points to note here. Frydenberg almost certainly knew his assertions were false. He also knew he could brazen his way through because Cassidy would eventually back off, which he did. Chances any other reporter would follow it up were negligible.

In fact, the other three political reporters on Insiders that day – from ABC Radio, The Age and The Australian – all applauded the Coalition’s tactics. Coalition MPs now know there are no negative consequences for lying. Only gains.

The principal falsehoods disseminated by the Coalition and the mainstream media include:

The actual data shows each of these is quite false. Most are the opposite of the truth. 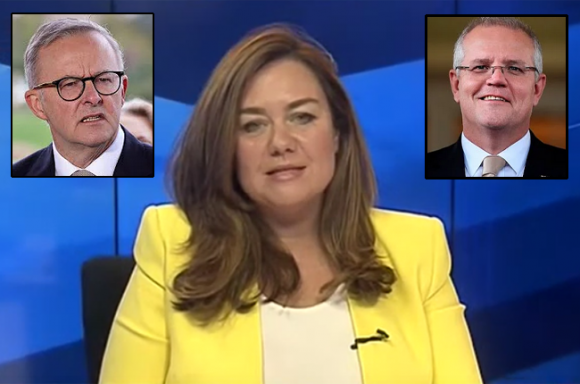 On the issue of “Labor’s debt” to which the Treasurer referred, we now have the data on debt as a percentage of gross domestic product (GDP) for most developed countries to the end of 2018.

The first chart, below, shows the level of gross debt carried by all 36 wealthy, developed member countries of the Organisation for Economic Cooperation and Development (OECD) in 2013, when Labor lost office. Australia’s debt to GDP was a very modest 16.8%, the third-lowest, behind only Estonia and Chile.

Incidentally, those three countries also had the lowest debt – in the same order – back in 2007. So while they increased their borrowings through the Global Financial Crisis (GFC), all three remained best-performed in the OECD.

The second graph shows the debt repaid or added during the boom following the end of the GFC in 2013. Of the 36 OECD members, a solid majority of 22 reduced their debt to GDP. Another 12 increased it by less than 10% of GDP. Only two countries blew out their debt by more than 10% — Australia and Chile.

Clearly, Australia has gone from one of the three best OECD members on debt management in 2013 to one of the two worst today. Yet most media outlets stated or implied that Australia’s current debt was still Labor’s fault.

Australia’s jobless ranking tumbled from ninth in 2013 (World Bank figures), to 13th in 2016 and a lowly 18th on the latest numbers.

Australia’s economic growth now ranks 15th in the OECD — down from the top six through the Labor years, first in 2009. Another 14 areas of severe reversals are summarised, with links to the data here. 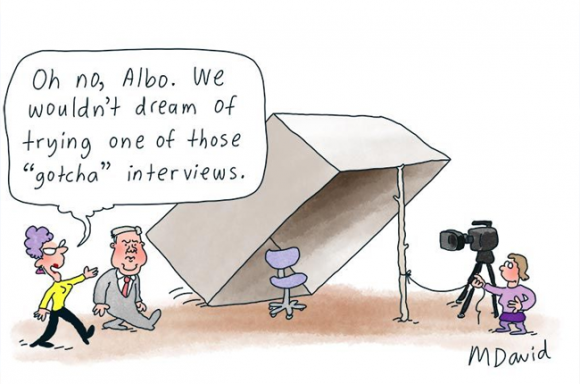 Political impact of the falsehoods

So an intriguing question arises. What may have been the election outcome if voters understood these economic realities?

The Coalition currently holds 77 seats in the House of Representatives — a majority of just three. A total of 38 Coalition seats are held by a margin of less than 10%.

If just 5% of all voters realised they were being lied to and switched sides, 15 seats would change from the Coalition to the reformist parties (all other things being equal). That would give Labor/Greens 84 and the Coalition 62.

If 9% of voters realised they were being duped and switched, 35 seats would change. That would give Labor/Greens 104 and the Coalition 43.

That is pretty much what their economic record deserves. 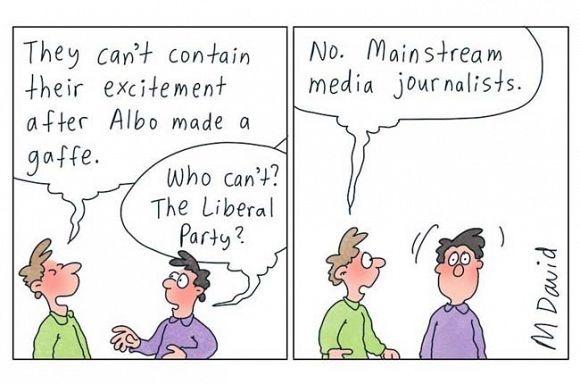