The annual Independent Australia ranking on economic management has been compiled for 2016. IA’s econometrics specialist Alan Austin reveals the winners and losers.

WHEN Scott Morrison and Mathias Cormann say “Australia’s economy is battling strong global headwinds”, they are treating us as lubbers.

The problems – confirmed by this year’s IAREM – are they have set the sails poorly and can’t read the compass.

Leading the global flotilla in 2016 – for the first time – is Switzerland, keeping Singapore in second place, but relegating the United Arab Emirates from top spot last year to third.

Other vessels with a jaunty jib now the Global Financial Crisis (GFC) is well abaft are Hong Kong, Japan, South Korea, Germany and the Netherlands.

Luffing in the breeze – which well-trimmed ships are using to make good headway – are the great schooners Canada, the United Kingdom, the U.S. and France, along with the smaller clippers Sweden, Iceland, New Zealand and Australia.

These are income, GDP growth, median wealth per person, jobs, inflation, tax levels, net debt and economic freedom. It is a simple formula, easily replicated by econometrics nuts or anyone with the internet, spreadsheet software and too much spare time:

Data comes from tables published annually by the World Bank, Credit Suisse, Heritage Foundation, Eurostat, the CIA Factbook and tradingeconomics.com. It is the world’s only multi-variable index of overall economic performance. 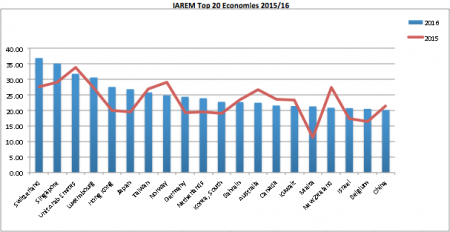 The most ship shape economies, according to the 2016 IAREM outcomes (with 2015 scores in brackets), are:

Missing this year are Australia, New Zealand, Iceland and Oman. New Zealand was, perhaps, a surprise leader last year, cruising in fifth — up from 13th in 2014. That was on the strength of its high median wealth score, which has corrected this year. Iceland’s voyage has been erratic, drifting through the GFC from second in 2007 to 15th in 2013, seventh in 2014, tenth last year, and now a modest 21st. That is due to fluctuating GDP growth, jobs and net debt. 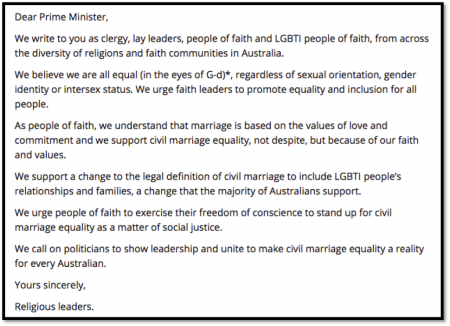 Norway, while still in the top ten, has fathomed out from top spot in 2007 to second behind Australia in 2013, third last year and now just eighth. Unemployment has recently surged, and its net debt, median wealth and income have softened.

Making the top ten this year, are Hong Kong, Germany, Japan and the Netherlands. Hong Kong sailed past 15 other nations to take fifth spot, up from 20th last year and 26th in 2014. This was achieved by higher income, more jobs and healthier net debt.

Japan moved up from 22nd last year to sixth, with better income, wealth, and employment. The Netherlands lifted its GDP growth, income and net debt, and advanced from 23rd last year to tenth. All taking advantage of the global tailwinds.

The second and third ten

Also with a steady hand on the tiller are:

New entrants here are South Korea, Malta, Israel and Belgium. Departing the top 20 are Sweden, Panama, Paraguay, the United Kingdom and the U.S..

The third group with sails trimmed to the conditions are:

Top 30 economies in the world ranked in order by IAREM score: 2016 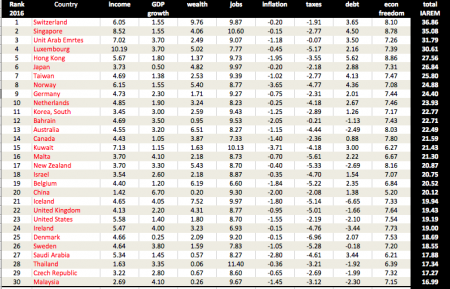 Charting the voyage since the GFC ended in 2013, the once sturdy clipper Australia now looks like a hulk. Australia has been in the world’s top ten economies ever since the Keating era, when the economy was modernised, competition increased, the currency floated, and tariffs and regulations removed.

From sixth ranking in the world in 1996, Australia then drifted to aft through the lazy Howard years down to ninth in 2007. That was the lowest Australia had been for 30 years — until now. Through the GFC, Australia surged to lead the fleet in 2010. By 2013, it was the frontrunner by several nautical miles. Then, after changing captain and crew, it slipped to third in 2014 and ninth in 2015. Following a mutiny that year, Australia is now back to 13th.

Since last year, income and GDP growth are marginally higher, but median wealth is well down, taxes are higher (except on the posh), net debt is worse and economic freedom has been hit with a belaying pin.

Through the eyeglass of the IAREM, we see a seasick captain, senior officers tangled in the ropes, several loose cannons, the sails in tatters, the hull holed at the waterline and listing dangerously to starboard. Passengers are nervously eyeing the lifeboats.

2. A change to one source was required by the IMF discontinuing its net government debt database. We now use the net international investment position derived primarily from Eurostat, listed at Wikipedia, supplemented by data from the CIA Factbook.

3. A minor change was made this year to calculating wealth by increasing the divisor to 25,000. This removes skewing in favour of the small extremely rich nations without changing rankings significantly.

4. A minor change was made last year and continued this year where inflation levels below zero per cent are treated as negatives, rather than zero.

5. The author welcomes interaction. Readers are invited to join the discussion below and at the IAREM Facebook page. Further data will be readily supplied.

The following is an excerpt from the latest Independent Australia members' only podcast, where Alan speaks to managing editor Dave Donovan:

Independent Australia subscribers may listen to the rest of this podcast in the member’s only area HERE.