The Federal Court and Kathy's claims

Kathy Jackson has succeeded in persuading the Federal Court to defer a $1.4 million civil claim against her due to her mental state, however Peter Wicks has serious doubts.

ON WEDNESDAY in the Federal Court, the HSU sought to have a legal guardian to manage Kathy Jackson’s affairs, given she claims to be unable to provide legal instruction to her lawyers.

Her inability to advise her lawyers is due to the sudden mental health crisis that has come on at the pointy end of a civil case that may see her have to pay back $1.4 million dollars she is alleged to have fleeced off some of the nation’s lowest paid workers. The union has understandable concerns that, after Jackson breaching the court’s orders 18 times so far, that this is yet another delay tactic.

There are also concerns that Jackson may be seeking to sell her multi-million dollar property in order to have the proceeds shifted to a trust account to avoid the members being able to retrieve it from her. After all, this is individual whom the counsel assisting the Trade Union Royal Commission has recommended should face criminal charges in Victoria over allegedly acquiring $250,000 from a cancer hospital through deceptive means.

Justice Tracey rejected the application to have a guardian appointed by the court after hearing details of Jackson’s condition, which have been suppressed from publication.

To allow Jackson to recover, the judged adjourned the matter until the 6 February, although there will be another court mention on the 20 January for an update on Jackson’s state of mental health.

One thing Jackson’s doctor, Associate Professor Irwin Pakula, wanted to make clear is that Jackson was on medication that made her drowsy and there are “stressors” that make her situation worse — such as legal matters. You know, little things like $1.4 million civil claims and criminal investigations that could see one face a 10 year jail sentence over false claims.

Jackson’s Barrister, David Pritchard quickly tried to shut down any discussion regarding the selling of Jackson’s property claiming it was irrelevant and that

“People sell houses all the time.”

Civil claim against Kathy Jackson postponed due mental health http://t.co/4IM45qs0Vp via @canberratimes Is the fix in, as with Ashby?

Another well-known fact surrounding the sale of a property is that it usually involves lawyers.

Any sale of Jackson’s property would suggest she had engaged with a lawyer and, therefore, was indeed able to provide give legal directions. Therefore, if this is the case, then I would assume criminal charges could be laid for giving false evidence in order to avoid court. Pakula’s evidence would also face significant scrutiny.

Despite Jackson’s apparent frail and heavily medicated state, witnesses have come forward with claims of having seen Kathy Jackson getting a pedicure last week at a South Coast shopping centre nearby to the luxurious clinic in which she is apparently receiving treatment for her mental condition. She was allegedly seen looking in shop windows with the foam spacers between her new hot pink toenails, apparently without a care in the world. 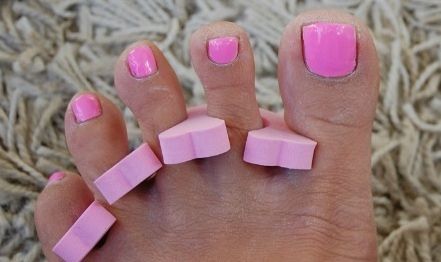 If this allegation is true, it makes a mockery of Jackson’s claim to be so incapacitated as to not be able to attend court or advise a lawyer.

Could this be yet another false claim by Tony Abbott’s hero?

Lavish lifestyle of Kathy Jackson. Career in Liberal Party must be next! #auspol #myliberal pic.twitter.com/VPPSdTl1EZ

It'd be criminal not to buy this brilliant @JohnGrahamArt original of Kathy Jackson: http://t.co/ykVLze3rp7 pic.twitter.com/PpOCzAYSK1