Due to the unprecedented circumstances the world is in, Prime Minister Scott Morrison calls his ministers for an extraordinary meeting. In an unprecedented move, IA is invited to observe and report.

SCOTT MORRISON: We have to up the ante due to the unprecedented times we are in.

DAN TEHAN: I agree with you, PM. In fact, I couldn’t have said it better myself.

MORRISON: Let’s face it, Dan. King George VI would sound better conducting a cattle auction than you would. A cow farting at that auction would sound more articulate than you.

TEHAN: No need to go on about it.

MORRISON: The thought of you going into rapture, speaking in tongues at a Hillsong meeting is enough to turn me into an atheist.

MORRISON: Jesus! You said Jesus! You will never take his name in vain. (Shouting) You will do what I tell you to do! 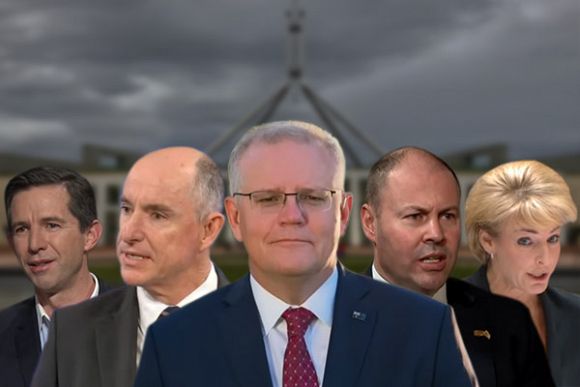 PETER DUTTON: Scott, as much as I admire the strong man approach, I think you are overdoing it a little.

MORRISON: Err, yes. Sorry. I’ve been under lots of stress lately. No real holidays, Cronulla Sharks aren’t giving me much joy and dealing with those Labor premiers makes me sick. Sorry, Dan. I mistook you for that awful Palaszczuk woman for a minute. You’re welcome down at Hillsong any time you wish.

SUSSAN LEY: What a guy.

MORRISON: I’m not happy with how popular the three Labor premiers are with their constituents. We must cut them down a peg or two, but internal polling is saying our Achilles heel is that we often look like hypocrites. This meeting is for us to come up with a strategy where we can’t be labelled hypocrites. I suggest we highlight how crippling to their economies the closing of their borders is.

DUTTON: Great idea, but can’t do.

MORRISON: Can’t do? We have God on our side and there’s nothing God can’t do.

GREG HUNT: Can you get God to come up with a vaccine, please?

DUTTON: God or not, we can’t do, Scott. We’ve closed our national borders and that has screwed up lots of industries big time. We’ll look like hypocrites.

JOSH FRYDENBERG: Plus some of our state Liberal governments have shut their borders.

MORRISON: Bummer. Pity. We can still slag off Palaszczuk over her lack of compassion for the daughter and the dying father.

ANNE RUSTON: Can’t really do, boss. Seems we haven’t a good track record ourselves in the compassion stakes. Lots of people not being allowed in, or out, of Australia for a similar circumstance. 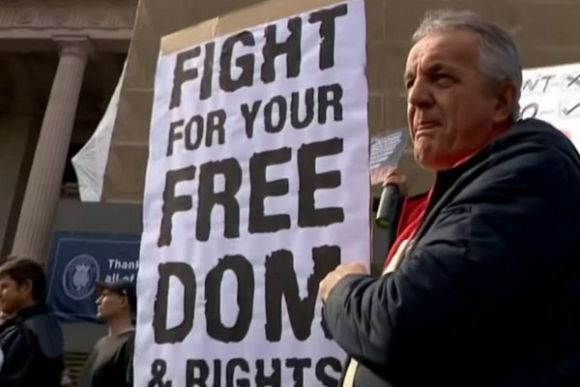 The Lovers of Liberty (LOL) group convene before the upcoming protest march, decrying "Dictator Dan's" reign of terror in Victoria.

MORRISON: Bugger. Can’t we get her on not allowing people from across the border entry into Queensland to access medical treatment?

MORRISON: Excellent. Just as it should be.

RUSTON: I agree. We all agree, but we can’t go that path if you don’t want us to be accused of being hypocrites.

MORRISON: Rats. I’ve got it. We can hammer Dan Andrews’ brazen grab for power, extending the state of emergency in Victoria for another six months.

FRYDENBERG: Err, Prime Minister? Sorry to be the party pooper, but around the same time we extended the state of emergency for the nation by another three months.

MORRISON: Not you, Josh. You know, sometimes you say “get fucked” not at someone, but because of the situation. Okay, we’ll make out the NSW authorities were disgusted with the lack of respect shown to them by the Victorian contact tracers during their meeting and they still harbour enormous doubts about Victoria’s ability to trace effectively.

MATHIAS CORMANN: Can’t use it. They’ll throw up how big a waste of time and money the COVID-19 tracing app has been.

MORRISON: Shit. There’s got to be some way we can make them look like the bastards they are. I know, Mathias. We should be able to get that McGowan prick. He’s been recalcitrant in not wanting to take more returning Aussies from overseas. 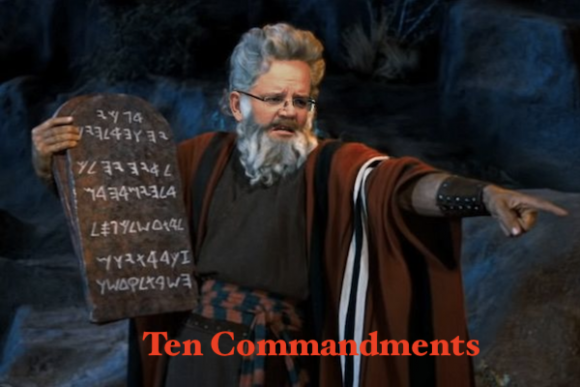 MORRISON: Don’t worry about it being a federal matter. They could still accommodate more than they are.

CORMANN: Yes. But technically, so can we. We could use the air force to fly them in and quarantine them in Northern Queensland, or plenty of other places.

MORRISON: When are you retiring Mathias?

MORRISON: It can’t come soon enough. I can understand why Malcolm was so disappointed in you. I’ve almost had a gutful. We’ll ramp up that Victorians need more certainty with their roadmap out of the virus and future plans for economic recovery.

MARISE PAYNE: We don’t have a roadmap out. Future level of payments to the unemployed aren’t settled and they’ll be plenty unemployed. All we’ve got is a plan for a gas-led recovery, which may or may not be government-owned.

MORRISON: Fuck the lot of you. Are you seriously saying there’s nothing I can heap on the Labor premiers without looking like a hypocrite?

DUTTON: Pretty much. But what’s the big deal? It’s never stopped us before.

MORRISON: Beauty. I’ve got it. I knew God wouldn’t let me down. Tomorrow, I’ll announce a prayer-led, in fact, a rapture recovery plan for Australia. I’ll be able to hammer Andrews, Palaszczuk and McGowan for not having one of their own. They won’t be shouting “hypocrite”, they’ll have to chant “hallelujah”.

Rocky Dabscheck is a musician/songwriter and front person for Rocky and The Two Bob Millionaires. He is also the author of '42+1: The (Real) Meaning of Life' and ‘Stoney Broke and the Hi-Spenders'.