True, the gas-filled balloons have their drawbacks; the explosion of the Hindenburg was a bit of a setback. But surely they would be cheaper and more reliable than those new-fangled heavier-than-air machines?

Some of his colleagues would find even zeppelins a step too far and would prefer to stick to good old coal fired steamships. So, Morrison would find room for them too. But those so-called "aeroplanes" would have to rise or fall without government assistance.

And, of course, it helps that, by pure coincidence, blimps are the preference of many of his hand-picked backers on his COVID-19 Commission who have a financial interest in the industry. Gas is obviously the go. A sensible middle course, obviously the best option, even if it is the wrong one. 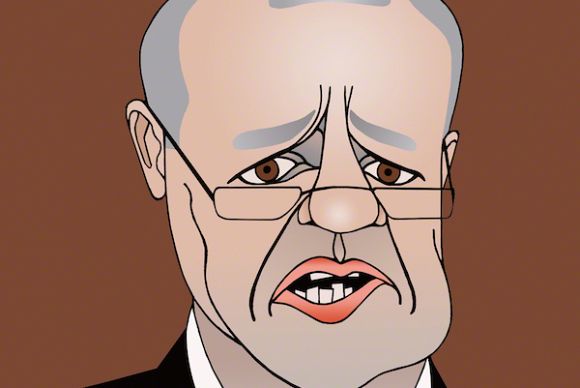 The Morrison Government is using industry policy in a reverse and perverse fashion that is best understood as a form of predation.

And the same applies to Morrison’s most recent attempt to devise an energy policy that he can trundle towards the next election. A gas-led recovery may not make sense to the scientists and economists, who regarded gas as having become obsolete even before Morrison’s latest thought bubble, but what would they know?

Industry has made its own position clear by refusing to invest in gas, ready to transition straight from coal to wind and solar, which it sees as the real future, on the cusp of overcoming the final problems of storage which would provide the baseload the country needs.

Confusingly, Morrison boasts that renewables are now commercially viable, so there is no longer a need for taxpayers to continue to subsidise them. To prove the point, Mike Cannon-Brookes has offered to build a renewable plant to fill any gaps which appear when the worn-out Liddell coal-fired station in NSW finally closes – if in fact there are any gaps, which many doubt there will be.

But apparently gas and coal still need propping up, hence last week’s announcement that the new package of handouts to the lucky winners will include yet more government aid for the chimera of clean coal, carbon capture and the promise that if the private sector won’t stump up for a new gas-powered plant, then the public sector will. 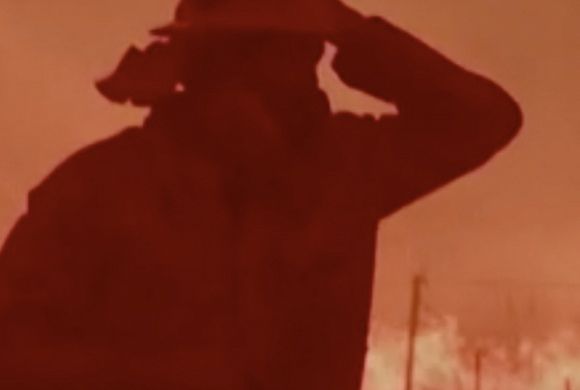 The Labor Party must choose between an ambitious renewable energy policy platform, or, protecting jobs while seeing fossil fuel to its inevitable demise.

This outstanding example of free enterprise in action is more than just another tweak in another flawed policy. It is a declaration that the line has been crossed; science, engineering and logic cannot get in the way of politics and self-interest.

Even words are to lose their meaning if they get in the way of the coalition’s agenda. Thus, the Australian Renewable Energy Agency (ARENA), is to bring the clearly non-renewable resources of gas and coal into its arena. Similarly, the Clean Energy Finance Corporation (CEFC), will not necessarily finance clean projects.

There will be resistance; legislation will be needed for the changes. The Opposition is unhappy, although it is not clear how hard the invariably cautious leadership of Anthony Albanese will push back and the crossbench, as always, will dither and dicker.

Like coal and gas, the Morrison plan may become a stranded asset.

But as "announceables" go, it has been generally well-received by the mainstream media and the business community is willing to give it a tick, if only because it gets them off the hook. After all, if Morrison is really so eager to pick up the tab, it will save them a lot of time and money.

And while private industry may not be prepared to do the heavy lifting – the funding, building and running of the contentious planned new gas and coal-fired power stations – it can see a role in developing the infrastructure which will be required, whether the electricity comes from fossil fuels or renewables. So what’s not to like?

Well, mainly the planet. As mentioned last week, gas is not an emission-free fuel: it may be even dirtier than coal. It is certainly not the saviour, the fig-leaf Morrison can hide behind when he eventually has to confront the reality of his promises to honour the Paris Agreement on climate change and the tougher goals that will inevitably follow.

The more sensible conservatives realise that even if gas can be brought on line it will take a while and will be a public cost, and it will probably result in higher charges to consumers as the greedy industry will set the benchmark against international prices to raise prices in the local market. 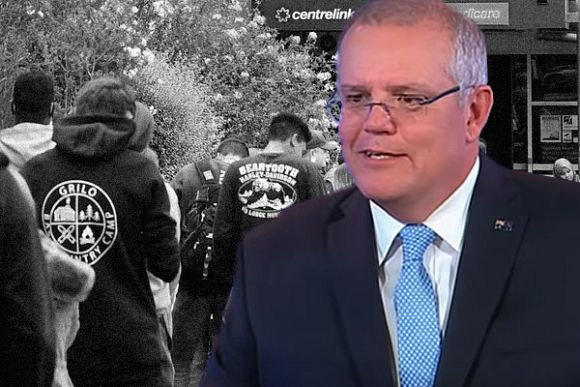 Neoliberalism is dashing all hopes of a post-COVID-19 utopia

Some think we heading for a post-COVID-19 utopia, but based on current projections, a pessimistic Dr Martin Hirst doesn’t think so.

Given that Morrison is now quite open that this is all about driving down prices – reducing emissions is barely an afterthought – it is, at best, a short term fix and more likely little more than another distraction. Many more battles will be fought before a final solution to the long-running dilemma is found, if it ever is.

So even the "Colonel Blimps" within the government will be looking for more and better announcements before, during, and after the forthcoming budget. The party room is mollified – well, most of it. But the majority is still suspending judgment.

Any enthusiasm has come from the reactionary fringe, also known as the Murdoch press. Its propagandists have dropped any pretence of serious debate: the current line is to dismiss the very idea of putting wind and solar above gas and coal. Fossils are the past, present and future – at least for the moment.

The Energy Minister, Angus Taylor, says that renewables are booming anyway. And they are. But the increase is coming overwhelmingly from the domestic market. The large-scale investment needed for industry has stalled, principally because the government cannot provide certainty about its long-term policies.

Apparently determined to display his commitment to the environment, Morrison was photographed molesting a reluctant wombat. He did not actually extinguish the marsupial, but it was obvious that it was apprehensive – as we all should be.

However, Morrison was unfazed as he climbed back behind the wheel of his chosen Leyland P76 automobile to hurry home and review the footage on his video cassette recorder. It need hardly be said that he selected Beta over VHS.