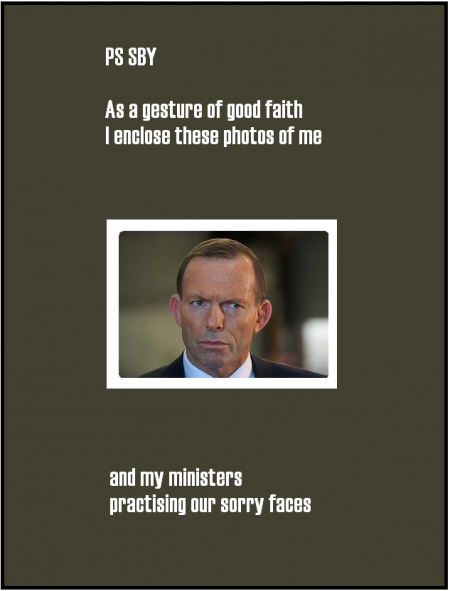 Through sources in the PM's personal staff, Barry Everingham has been leaked the text of the conciliatory letter written to the Indonesian President Susilo Bambang Yudhoyono by Tony Abbott.

I have thought long and hard about the contents of this letter and, having read through several suggested replies put together by Julie Bishop's office, I have decided I need to write to you personally and from the bottom of my heart.

Like Your Excellency, I am deeply religious and totally committed to my Lord and Saviour Jesus Christ — sorry I didn't mean that you are committed to Jesus; your prayers go to God through Allah (may His name be praised). On that score, mine go through a fine upstanding man among men and boys, Cardinal George Pell, who many of us see as God's consul general here on earth.

Your Excellency will, I am sure, already be aware ‒ probably from the conversations your security agents have on record from the bugging of my office (what's sauce for the goose is sauce for the gander, yeah? ‒ that I am not my own man as far as foreign policy is concerned. 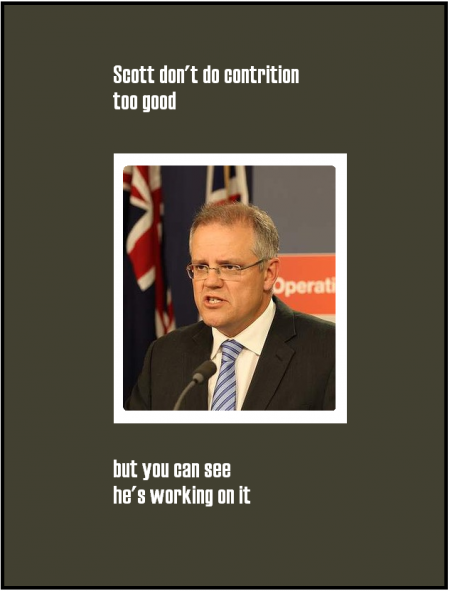 I am controlled (I am being brutally frank here, Your Excellency) by my chief of staff, whose name is Peta Credlin. She is an amazing woman who understands power. Now, her knowledge of diplomacy is marginally better than Julie Bishop's (more of her later) but she seems to be in awe of the two policy advisers she appointed and, between the three of them, I find myself in the mess I am trying to extricate myself and is why I am writing to you personally.

Peta's two experts are Andrew Shearer, who came to my office from the Department of Foreign Affairs and Trade, where his report read: ‘inflexible and far right’. He was picked up by the Lowy Institute and was "let go".

Your Excellency need wonder no longer why I am in the foreign policy mess mentioned above. As though that isn't enough, I am lumbered with Julie Bishop, who ‒ along with that idiot Scott Morrison ‒ has created the widening rift between our two great countries. 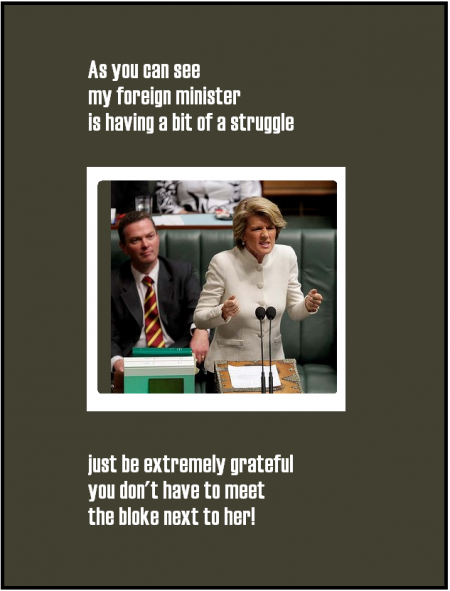 Of course, Minister Bishop wasn't satisfied with that; no, Your Excellency — she took two steps further and also stuffed up our relations with China and the USA.

If I could drag her away from her dressmaker and hairdresser I would have a few well-chosen words with her.

You would already know she was deputy to Brendan Nelson and Malcolm Turnbull before she came to me. Both my predecessors were more than happy with the way she ironed their shirts and I have no complaints in that department either.

Your Excellency, I must now turn to the issue of telephone tapping.

When our Communist infested Australian Broadcasting Commission published those outrageous accusations of bugging, I called in our chief spy and demanded an explanation.

He smirked as he told me his policy was never to discuss security matters with anyone — and I had to remind him I was Prime Minister. His face clouded and the smirk vanished as he asked "but for how long".

So you can see what I'm dealing with here. 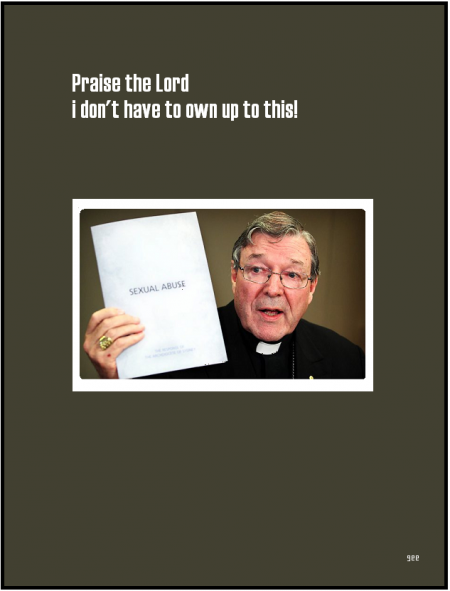 But he did remind me what happened recently has been going on for years; under John Howard's watch, George Bush's and Margaret Thatcher's spooks did our bugging for us.

When Whitlam, Hawke and Keating were running the show, the Russians did the bugging and under Fraser your country was safe.

He said men educated at Melbourne Grammar “didn't do those things".

Your Excellency, you have my assurance your phones and all your communications equipment is debugged and will never be interfered with again — certainly under my watch.

Right now, I must see my security chief and get to the bottom of my latest stuff up — the bugging of the East Timorese Government 's cabinet room.