Witness statements towards the journalistic integrity of Julian Assange have been heard in court, debunking various myths in the process. Sara Chessa reports from the UK.

THE EXTRADITION HEARING of Julian Assange closed last month in London’s Central Criminal Court, the world-famous “Old Bailey”. We will have to wait until 4 January next year for the decision of the Judge. However, the Court heard impressive and authoritative witness statements highlighting the importance of Assange’s journalistic work and years of smear campaigns carried out by those states which were embarrassed by the way WikiLeaks disclosures made civil society aware of war crimes and the reality of the public interest.

Reconstructing the events starting from these accounts means getting out of the chronic opinionism of our time and taking the first fundamental step to return to the concrete facts. Therefore, while we wait for Judge Vanessa Baraitser to announce her decision, let’s go through the main myths that have been debunked by the witness statements heard at the Old Bailey. 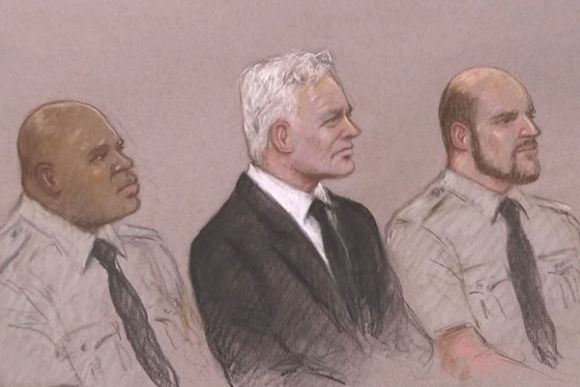 Assange hearing starts as celebrities join the activists in support

Many are showing support for Julian Assange during his extradition hearing and uniting in the fight against the war on journalism.

Debunked myth one: On the redaction of the classified documents

The subtle game of the prosecution has been to deny that the charges against Mr Assange are about the disclosure of information that the public had the right to know, such as the Collateral Murder video. They have rather claimed to have identified WikiLeaks fault in the failure to redact the secret papers in deleting names of people who gave information to the American military and intelligence services whose life could have been in danger after the release.

However, several WikiLeaks media partners were heard in Court testifying that strenuous steps had been taken by Wikileaks to redact any names before the release of documents.

John Goetz, the German journalist who collaborated with WikiLeaks on their reporting about the U.S. military Afghan and Iraq War logs before publication, testified under oath that the redaction initiative put in place by Assange was “robust” and had involved a huge investment by WikiLeaks, both financially and in human resources.

The Court also heard from one of the most celebrated whistleblowers in history, former U.S. Marines officer Daniel Ellsberg, best known for leaking to the New York Times in 1970 the huge tranche of U.S. Government documents on the Vietnam War – the “Pentagon Papers” – showing that the American Government had lied to the public from the very beginning of the conflict.

Ellsberg told the packed court that Assange’s approach was the exact opposite of that of a reckless publication. He also explained that the U.S. Government could have prevented sensitive names from being released merely by revealing those that raised concerns, so they could be redacted. They didn’t do this, Ellsberg suggested, so to leave open the possibility of future prosecution.

Ellsberg noted that in recent years he has been praised as a hero by people who he said used to call him a traitor, “as a weapon against Julian Assange”. He added that he could see no difference between WikiLeaks disclosures and his leaks of the Pentagon Papers on the Vietnam conflict. And about the redaction, Ellsberg said that the Pentagon documents he leaked “contained thousands of names”, including one of a CIA officer who had been involved in a political assassination and was a personal friend of his. “I didn’t want anyone to be able to say I had edited things,” he testified. 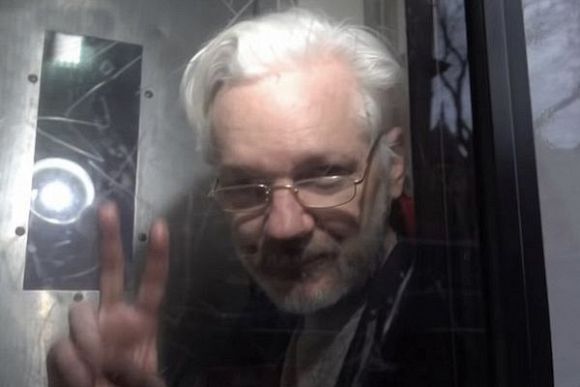 Debunked myth two: On the Trump supporters desperately believing he was going to save Assange

If before September hearings we could have said that only a complete ignorance of the case had led people to think of U.S. President Donald Trump as a “hope” for Assange, now, after listening to the witness statements, we have a complete dossier of facts proving how harshly the incumbent U.S. President is fighting against WikiLeaks and investigative journalism.

The U.S. commentator Cassandra Fairbanks, who described herself as a “working journalist” and a supporter of Donald Trump, said she was a member of a “direct messaging group” including former U.S. Ambassador to Germany Richard Grenell and a man named Arthur Schwartz, a wealthy Republican donor and advisor to the President's son, Donald Trump Jr.

In October 2013, she posted an interview with Assange’s mother on the group and received a phone call from Schwartz, which she described as “extremely angry”.

The counsellor invited her to “stop claiming that Assange should receive a pardon” because the pardon “would not be there”. During further communications, Schwartz told her that the Government could have arranged for Assange's abduction from the Ecuadorian embassy. When she told him that “it would be an act of war,” Schwartz replied: “Not if they let us.”

After the arrest of the WikiLeaks publisher, Fairbanks said Schwartz texted her to say Assange “deserved to die” and that “everyone involved with WikiLeaks should be executed”.

The Court was also presented with a statement of lawyer Jennifer Robinson. She swore that she attended a meeting in August 2017 at the London Ecuadorian Embassy with Assange, then American Congressman Dana Rohrabacher and conservative writer Charles Johnson. During the conversation, the Congressman told the group that a full presidential pardon would be available if WikiLeaks would publicly say that his source of leaked documents from the American Democratic Party released in 2016 was not Russia and suggested that Assange “play ball”.

According to WikiLeaks' ethics, for whom revealing sources is unacceptable, Assange refused the offer. Despite the media having already been told this story, as a sworn statement in court, it acquires a different value. For sure, it confirms there wasn’t any sympathy for Assange by Trump, it only highlights his attempt to exploit the WikiLeaks founder to save his back. Moreover, the naïve vision of Trump as Assange’s saviour does not match with the witness statement of Mark Feldstein, Professor in the Journalism Department of the University of Maryland.

He told the Court that the Trump Administration wanted a “head on a spike” to discourage future leaks.

Feldstein explained that in 2010 and 2011, the Obama Administration wanted to prosecute WikiLeaks. However, the Justice Department stated that this would have been unconstitutional and would have set a precedent that could lead to many other journalists being prosecuted, as Assange’s conduct was “too similar” to that of journalists in hundreds of different newspapers.

Debunked myth three: On the fact that Assange prosecution will only destroy his life

Key witnesses have been clear: Assange’s conviction would criminalise all journalists.

Trevor Timm, the founder of the Freedom of the Press Foundation, told the court that there have been numerous attempts by the U.S. Government to use espionage charges against journalists and none have ever succeeded. His qualified opinion is that this prosecution would mean that any journalist in possession of confidential information could be arrested.

As he explained, if the charges against Assange were applied in 1970, the journalists who revealed the Watergate scandal under the Richard Nixon Administration – Bob Woodward and Carl Bernstein – could have been thrown in jail under this standard. Reconnecting the issue to the present, he said that if asking a source for classified information is espionage, then the secure “dropbox” systems used by more than 80 publications worldwide to encourage whistleblowers to send them information would also be illegal, since they “solicit classified information” — one of the charges against Assange.

Despite this, we are still waiting for a massive reaction from journalists. Of course, the International Federation of Journalists has taken action and the UK National Union of Journalists is finally organising to do the same. However, a lot of work still needs to be done to explain the impact that a decision to extradite Assange would have on the freedom of the press to inform the public, so the people could truly assess the action of their rulers.