Compelled by human rights and a desire to teach his son valuable life lessons, Adam Richards will make his second trek from Sydney to Canberra to raise awareness to the plight of refugees and asylum seekers. Story by Chris Mordd Richards.

SOME PEOPLE SEE injustice in society and ask: "Who will do something about it?". Others see injustice and say, "I will do something", then take action themselves. Adam Richards is one of the latter. Faced with not being able to adequately answer his son Ned’s questions about Australia’s torture of refugees and asylum seekers on Manus Island and Nauru, Adam took action.

What inspired Adam to walk almost 1,200 kilometres for refugees last year was a conversation with 12-year-old Ned Thorn:

What motivated me in the first place was when I was talking to my son about the two young ones that set themselves on fire, the young man Omid Masoumali and the young woman as well. He was asking me if it would hurt and I said to him that it would be like a cut he had on his finger all over your body and then your skin would start to peel. At that point he said “Shut up, Dad, I think I’ve heard enough.” He was 12 at the time.

He said to me, "Can anything be done about it?" I said to him "Nothing", and I was about to add, "not until the Government gets a heart" or something like that. I turned and looked at him and the look on his face asked "What do you mean you can’t do anything about that?"

I raised him to believe that men stand up for what’s right and, in particular, to protect women and children. Yet here were two young people setting themselves on fire. How could I ever ask of him to stand up when I was not prepared to do it myself? It was deeply confronting, so what motived me was shame really, shamed by a 12-year-old.

At the beginning of 2017, Adam and Ned walked 1,194 kilometres from Adelaide to Canberra in an effort bring attention to the plight of those suffering in Australia’s offshore detention facilities — facilities which were only ever intended to be for temporary processing, not endless confinement. At the time, refugees on Manus and Nauru were facing a dire situation, having been held for four years already and with no end to their detention in sight.

The situation at the time was summed up best by Sarah Smith in her piece published in Independent Australia on 18 January 2017 – EXCLUSIVE: Manus Island – a place of deprivation and despair:

'For the refugees on Manus, deprivation of liberty, denial of basic human contact, affection, nutritional deficiencies, medical negligence and the constant threat of violence from locals and guards in the Regional Processing Centre (RPC) have intermingled into a toxic and often fatal mix.'

Since their walk last year, a lot has changed on Manus and Nauru and a lot has stayed the same or become worse. Prime Minister Malcolm Turnbull and President Donald Trump agreed to somewhat uphold a deal for the USA to take a portion of our refugees, a deal which was originally made between Turnbull and former President Barack Obama. Trump called it a "stupid deal" at the time, in the now infamous phone call between the two leaders that was later leaked to the media. To date, only just over 100 of those on Manus or Nauru have been accepted for settlement in the USA and have left Papua New Guinea, with the process slow and fraught with difficulties.

Meanwhile Australia has officially closed the detention centre on Manus after a months-long stand off with the men housed there. They have now been abandoned by the Australian Government in three transit centres with wholly inadequate facilities. In addition the violence from PNG locals towards the refugees continues unabated. Both refugees and local residents alike are caught up in the mess Australia has made in PNG. 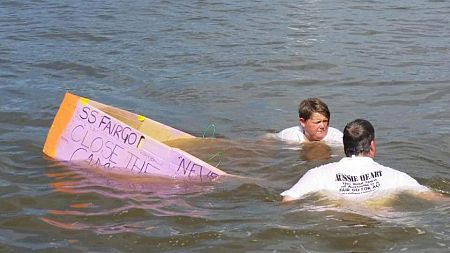 The Prime Minister also continues to ignore New Zealand’s repeated offer to take at least 150 of the 600-something refugees left. That number is only about one quarter of the numbers in Australia’s offshore detention centres in total. Recent polls show a majority of Australians support accepting New Zealand’s offer. The Australian Government continues to steadfastly refuse to consider it, with the two leaders at odds over whether the offer is “fuelling people smuggling” or not.

How settling refugees in New Zealand will be measurably any different to settling them in the USA is all down to the argument that it could be a back door to citizenship here. Given they are Australia’s responsibility under the UN signatory convention, it is a weak excuse at best. Meanwhile, while Home Affairs Minister Peter Dutton obfuscates on the future of the rest of the men on Manus, the hellish conditions in which they are trying to survive continue.

The United Nations has been scathing in its assessment of the situation on Manus and Nauru for quite a while now.

'Australia should end the practice of "offshore processing", immediately close Nauru and Manus Island and "take all measures necessary to protect the rights of refugees and asylum seekers affected ... ensure their transfer to Australia or their relocation to other appropriate safe countries".’

Australia has paid no heed to anything the United Nations has said on the matter and frequently claims that the facilities and refugees being held on PNG are the responsibility of the PNG Government. This is despite U.N. findings to the contrary. The U.N. reminded PNG – and Australia – again last week of their responsibility to care for the refugees still on PNG. 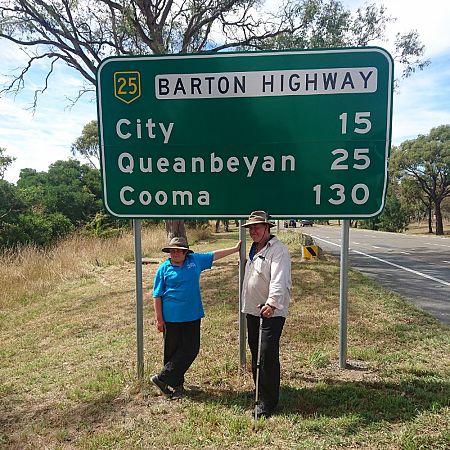 Adam with his son Ned on the walk to Canberra in 2017. They're ready to do it again in the name of human rights (Image supplied)

Now the situation on Manus is even more dire than it has ever been, since the official closure of the detention centre and the forced removal of all the men to the transit centres. At this point, the Australian Government appears to have wiped its hands clean entirely of any responsibility for the mess it has made and the lives it has ruined. The Australian people may be forgiven if they have already mostly forgotten what we have done and how these people have been treated. Mainstream media coverage has noticeably diminished since the official closure of the main detention facility. Many people may believe this means there are no longer any ongoing issues.

On Manus, "closing the camps" means forcibly removing people who are on a small island to an unfenced "camp", where they are vulnerable to attacks by locals who don’t want them there. Only last Easter, bullets were fired into their fenced detention centre. Now they are more vulnerable than ever. On Nauru, "closing the camps" means opening the gates to allow "freedom" for hundreds of men, women and children on an island the size of Tullamarine Airport, where again the locals don’t want them. That isn’t ending offshore detention any more than Pontius Pilate ended the persecution of Jesus by washing his hands. People shouldn’t be used for politics and our nation's humanity ought not be sold for votes. I believe Aussies don’t abuse strangers and should never mistreat children. That’s my Australia. That’s my family's Australia and the Australia of everyone I know. Because I love my country, that's why I'm walking.

So, once again, Adam is walking in the blistering summer heat to bring attention back to the plight of those left in limbo on Manus — and this time he is not walking with just his son. Adam and a large number of supporters are walking to Canberra together, to once again plead with the Government and the people of Australia. To ask them to do the right thing by these most vulnerable of people in our care, hold up our obligations to provide safety, security and peace for all genuine asylum seekers and bring them here.

Adam’s walk starts with a rally at Town Hall on George St, Sydney at midday Saturday, 24 February. Adam will then walk to Canberra with a large contingent, where he will be joined by even more supporters for the rest of walk into the city. The walk will then culminate in a rally at Parliament House in Canberra on Sunday, 11 March 2018. Anyone who wants to support Adam online instead of in person can do so here.

The website for the event can be found here and there is a Chuffed fundraising campaign for anyone who wants to donate to support Adam’s walk.

14 February 2020, 3:30pm After the People’s Climate Assembly ended last week, one man stayed on outside ...
Join the conversation
comments powered by Disqus
Daily news
Get FREE daily updates from IA to your inbox.
Just in
SHOP AT IA