EXCLUSIVE: Manus Island — a place of deprivation and despair

A shocking first-hand account and photos of the appalling conditions on Manus Island as shared by a hospital volunteer. Sarah Smith reports.

"The doctors in the hospital kept asking me for stethoscopes, but I couldn't help them. They thought because I was Western I had money, but it's so expensive there, I was already doing everything I could to help. So I volunteered in the hospital instead."

Helen is 71 years old and has been an asylum seeker advocate for three years. She travelled to Manus Island in December 2016 and returned in January 2017. 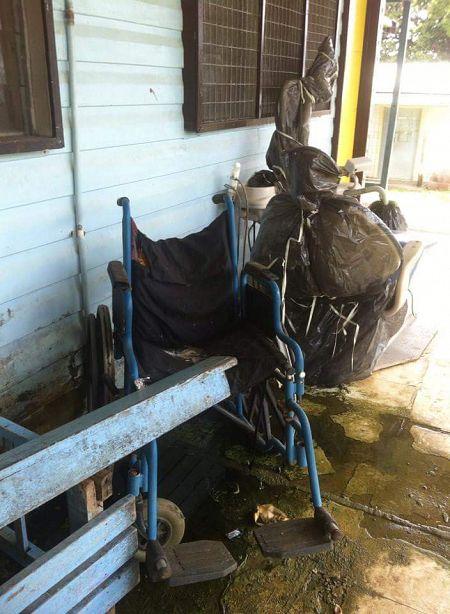 What she witnessed there beggars belief.

There are all these signs around the hospital advertising AusAid, saying it's funded by the Australian Government. But conditions are filthy. The women in the maternity ward sleep on thin pieces of foam on the floor. The main operating theatre clearly hasn't been updated for decades. The air conditioners are leaking rust down the buildings, there are hardly any medications, I saw nurses rummaging in drawers in desperation during emergencies, only to come up empty-handed.

One night, when I was on shift there with a friend, a young boy was beaten to a pulp by local police officers. He was brought into the operating theatre and from there was immediately taken to the gaol, with no further medical assistance available to him. I don't know what happened to him.

Helen flicks through her phone gallery, showing me the photographs she took during her trip.

"This is the AIDS clinic." 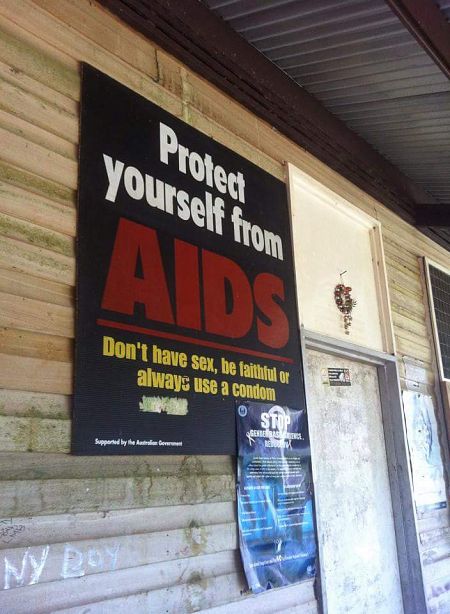 A sign on the door instructs that people should be chaste, faithful, or always use condoms. But, as Helen explains, there are no condoms available in Lorengau – a town with a population of nearly 6,000 – there were none available in the supermarkets or chemists.

She shares some of the struggles of the local population. Houses are largely pre-war structures, with fabric for doors. The local school is decrepit and the streets are filled with rubbish — there are no rubbish collections in Lorengau. The local children chased her gleefully in the street, calling "Tara, Tara!" "Tara" means grandmother in the local dialect.

Helen shows me photos of toddlers with brilliant smiles, hanging over the back of church pews just to touch her hair and clothing. She tells me of the streets in Lorengau, lined with scrap metal and old timber, with thousands upon thousands of local dogs roaming everywhere, covered in weeping sores, starving. They are known to both kill and be killed.

Then Helen shows me a photograph of a red rose given to her one night by a local man who told her:

"You don't need to cry anymore. Everything is going to be okay."

By this stage, Helen and I are both in tears. She brings my attention to the asylum seekers in the Manus Regional Processing Centre: the purpose of her visit.

There's a photograph of a Rohingya man, who filleted his arms in the weeks before Helen arrived; his friends and family who remained in Burma when he fled are being systematically slaughtered by the Burmese military. He is powerless, distraught and in danger of taking his own life. 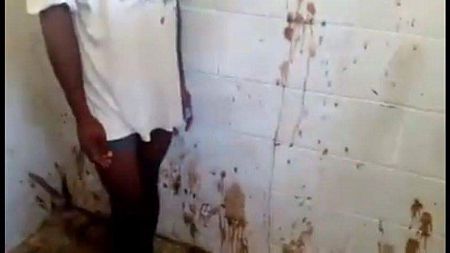 The room where a young refugee who attempted self-immolation was kept (Image supplied).

For the refugees on Manus, deprivation of liberty, denial of basic human contact, affection, nutritional deficiencies, medical negligence, and the constant threat of violence from locals and guards in the Regional Processing Centre (RPC) have intermingled into a toxic and often fatal mix.

The result of this is a range of physical and mental health problems. The physical health issues, when treated, are dealt with at the aforementioned local hospital in Lorengau.

One such case was of a young refugee who attempted self-immolation in early December. The resulting fire destroyed his room. PNG authorities responded, not by hospitalising him, but by arresting him on charges of destruction of property. Such legal bungles are commonplace on Manus.

Mental health issues are rife in both the Manus Refugee Transit Centre in Lorengau – where about 80 men are theoretically awaiting resettlement in PNG – and in the Regional Processing Centre. Typically, mental health issues are dealt with via incarceration in the local gaols. Unfortunately, due to their experiences in the Manus RPC, severe mental health issues among the refugees are no longer the exception but the norm. This is well-documented both in International Health and Medical Services (IHMS) records submitted for urgent review to the Australian Department of Immigration and Border Protection (DIBP) and in local media reports. 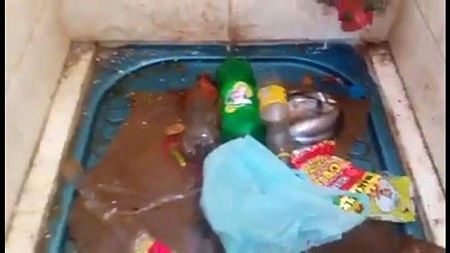 It is clear from Ms Fox's account of the conditions in Lorengau and the photographs she took during her visit that the idea of resettling up to 850 men with complex medical needs in PNG is completely unsustainable.

Embattled local MP Ronnie Knight has underscored this by repeatedly stating that the men must be moved to a safe country as their presence on Manus is now untenable.

"Even for the locals, Manus Island is not a place to live. It's a place to simply exist. And the hospital is a place to die."

From Helen Fox's first-hand account, it's no wonder so many refugees have lost their lives there.

The question remains: how many deaths on land is enough for the Australian Department of Immigration and Border Protection to decide that they've saved enough lives at sea?

Only Peter Dutton knows the answer.

Speaking up for asylum seekers on #Nauru #CloseTheCamps — but only when spoken to https://t.co/Azky1fOXqN pic.twitter.com/G7muzsRtcK