Secret Memo: To all XXXX operatives

As many of you are aware, this government is contesting a legal challenge in The Hague Court of Documents brought about by the prime minister of Xxxx Xxxxx, a tiny island nation located somewhere near Bali, or The Philippines, or both.

At issue is the confiscation of documents from the law offices of Xxxxxxx, Xxxxxxxx and Xxxxxxx of Sydney, who were employed by the prime minister of the tiny island nation of Xxxx Xxxx with a view to embarrass and disgrace present and former government ministers who are still alive or dead, or both.

As you all know, these documents pose a substantial threat to our security and, accordingly, a decision was made by me to secure them by trickery and deceit, and, once secured, to place them in a sealed envelope, which was then placed inside a lead-lined coffin which, in turn, was placed inside a large wooden crate, which was sealed by way of heavy duty chains and 17 padlocks. The crate was then transported to a secret location in the Xxxxxx Desert, near Adelaide, or Perth where it was to be buried at a depth of 15 nautical miles and in a downward trajectory until we hit rock where a slight horizontal detour was to be affected.

Unfortunately, at some point during the aforementioned operation, the envelope escaped and we have not been able to ascertain its whereabouts since.

I wish to inform you that I have today, via iPhone 'Facetime' given an assurance to the Hague Court of Documents that none of my operatives, nor my cabinet colleagues or indeed myself, have read any of the documents in question. I have also given an undertaking that should the sealed envelope find its way back into my filing cabinet I will not, under any circumstances, open the envelope and, further, should I find the envelope has come unstuck and is no longer sealed, will not withdraw the contents of the envelope and attempt to read any, or all, of the documents even though I would really like to.

I hardly need to remind you that should these documents come to light and be read by someone other than, say, me, our country's immediate safety and that of its population (including Labor supporters) will be in very grave danger. I cannot emphasise enough the peril our once great nation faces whilst the documents remain at large, even though I have never read them and have absolutely no idea what they actually have to say.

Suffice to say, you are all to remain vigilant and to ensure that the envelope, wherever it is, does not fall into the wrong hands.

The wrong hands being the Prime Minster of the tiny island state of Xxxxx xxxx or Labor supporters. Or both. 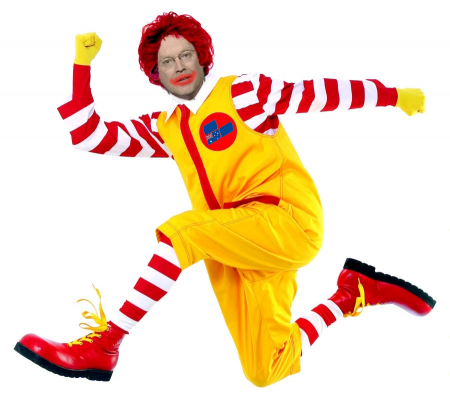 22 January 2014, 11:30am A secret document relating to an Australian international court case in The Hague ...

7 January 2014, 4:00pm My name is Cory and I am a Federal politician from Adelaide and I am a conservat ...
Join the conversation
comments powered by Disqus
News updates