Our brilliant tech columnist, Paul Budde, had three articles in IA's top ten, two of which were about Australia's far less impressive national broadband network — this August article being read by nearly 50,000 people.

I am sure that many of you still remember the enormous battles that took place in the 1990s and early 2000s between Telstra on one side and the rest of the industry, consumers and many politicians on the other side.

When Telstra was fully privatised through several shares trenches, the Government didn’t want to put too many regulations around that process in order to maximise the sale of the shares. So, Telstra went from a government-owned monopoly to an even more vicious private monopoly.

Shareholders' value was now the number one concern, no longer the national interest. With little regulation to temper their behaviour, the company used its position to make competition as difficult as possible. It raised consumer and business prices to the maximum and delayed innovations (such as high-speed broadband) to maximise its financial return on the old infrastructure. 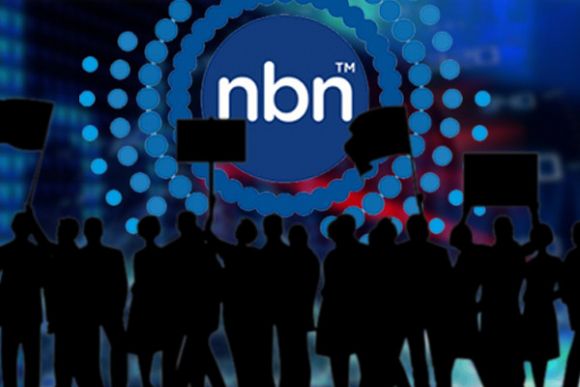 In the end, it was the failure of the company to start building an affordable high-speed network that forced the Government to intervene. They declared “enough is enough” and there was broad bipartisan support for action aimed to reign in the monopolistic behaviour of Telstra. In that process, Telstra even sued the Howard Government twice to try and force the Government to leave the monopoly in place.

In the end, Telstra lost and the NBN was born. In the original plan – to build a national fibre-to-the-home (FttH) network – there were broad industry and policy consensus that it would not make any economic sense to have a range of telcos all building fibre-to-the-home networks. So it was decided to build a wholesale-only network that would give all retail service providers equal access to the highest quality of infrastructure (FttH). The aim was to make that a residential infrastructure company only as there would be enough competition in the business market.

Unfortunately, when the Coalition took over the project in 2013, the FttH network – for party politics reasons – decided to abandon that plan and use existing infrastructure to cobble a new wholesale network together. This undermined the core element of why the policy allowed for an infrastructure monopoly — FttH infrastructure.

What was cobbled together was no longer the best infrastructure and other companies were eager to build their own FttH networks in competition with the NBN (TPG was leading this charge), but this was now no longer allowed. This now has set the country back for perhaps a much as a full decade.

On top of that, Malcolm Turnbull, the Minister for Communications of the day, indicated he would deliver this so-called multi-technology mix network for $25 billion and it would be finished by 2016. The fact is that it took four years longer and cost twice as much. The extra costs, however, did not create extra value to the investment and this now requires NBN to charge significantly higher prices to earn their investments back. 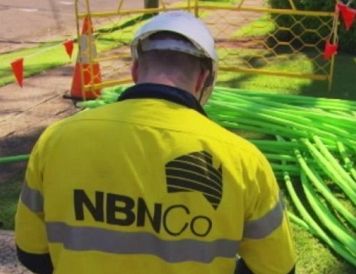 NBN Co is putting pressure on its competitors while they fail to fight back, writes Paul Budde.

Under normal competitive circumstances, the market would have sorted this out and as a result, the company would have to cop this as a loss for the bad decisions and investments they made. But if you have a monopoly – backed by the Government – you do not have to worry about that as you can basically charge what you want — this is what the NBN is doing.

The industry has been complaining about this for many years but at no avail; their complaints fall on the deaf ears of the Government, the owners of the expensive investment, as they don’t want to admit their mistakes.

Similar to the Telstra issues in the early '00s, when Telstra refused to build an affordable high-speed network, NBN Co also had no plans to upgrade the second-rate network to a proper fibre-based one and again there is no demand from its owner to do so. So, we get a double whammy here — higher costs and no innovation.

Telstra is perhaps suffering the most as they have the largest residential market share of NBN customers and the margin on the NBN service is extremely low. But equally, everybody else in the industry is suffering as well. The best option that Telstra, Optus and Vodafone/TPG now has is to use their mobile networks to try and compete with the NBN. This will not be easy, but the extra capacity that 5G can offer might help in at least luring some customers away from the NBN on to their own networks.

It has been estimated that between 20 and 30 per cent of broadband users could be attracted to a 5G service. The mobile operators would aim to attract the less intensive broadband users and the million or so NBN users that are suffering from poor quality services. Optus has already launched such a service in the 5G footprint they have built so far. The feedback has been positive and the service is providing good quality broadband at an affordable price. Telstra is set to launch its 5G alternative to the NBN by February.

Of course, mobile/wireless is not going to be the end solution. For capacity reasons, we do need a national broadband network based on fibre-to-the-curb or fibre-to-the-home, but this could take a decade before something like that eventuates, so there are plenty of opportunities in the meantime. 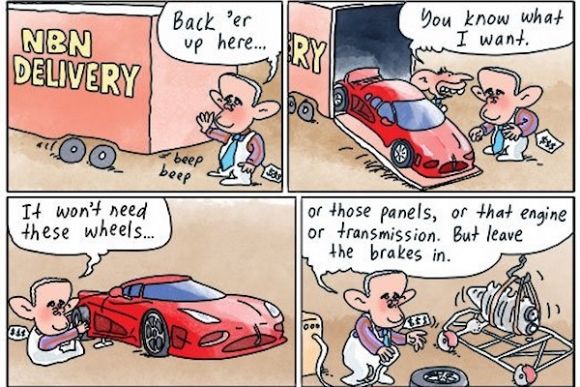 It will be interesting to see if the NBN company will use its monopolistic powers to make these 5G developments as difficult as possible — if that happens, then we will have a full circle back to the monopolistic years of the 1990s.

There have been rumours that in response to Telstra’s threat, NBN Co might start upgrading its network to avoid a revenue erosion. However, this would require more investment and could potentially drive NBN prices up even further.

As we have argued for over a decade, a high-speed broadband network is not just a matter of technology, it is also one of affordability and unless NBN Co lowers its prices, higher broadband services are not going to be bought by the users. This is not an NBN Co issue, this is a government issue; in the end, they will have to make the decision what the future for the NBN and its company will be.

I will also discuss these issues at the Telco Global Forum on 2 September. If you are interested, you can get a free pass here.

11 May 2022, 8:00am Telstra is hoping to improve its presence in the video streaming market with a ...
Join the conversation
comments powered by Disqus
News updates