SUBSCRIBE   DONATE LOGIN SHOP
SUBSCRIBE   DONATE
How we prevented a Morrison dictatorship
How Howard screwed the Libs
U.S. site tries to ruin what makes fairy bread great
Bloody Idiot of the Week — Episode 28: Get used to it
Morrison's 'politics of retribution'
Republic News

NOVEMBER IS Australia’s "republic season" — a time of year full of republican symbolism, as well as republican remembering. It’s a time to look forward and reflect back. It is also the time Peter FitzSimons has chosen to pull up stumps as National Chair Australian Republic Movement (ARM) after seven years.

In November, we reflect upon the year, do annual reviews, weigh up what’s been achieved and what hasn’t and set targets and goals for the coming year.

Remembrance Day has set the tone for November as a time to reflect and remember each year on 11 November since 1919, the Armistice of the Great War.

When we pause at 11 am on 11 November, we reflect on the price that Australia and countries around the world have paid through more than a century of war and conflict that followed the First World War.

As famously captured in Laurence Binyon's poem 'For the Fallen':

'They shall grow not old, as we that are left grow old;
Age shall not weary them, nor the years condemn.
At the going down of the sun and in the morning
We will remember them.'

However, there were annual events before the establishment of Remembrance Day that tapped into this reflective time of year. 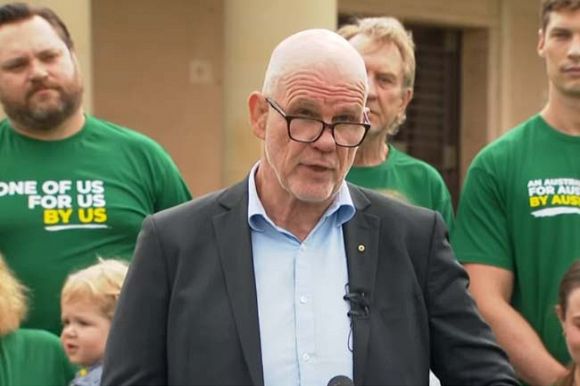 The Feast of Saints is held at the beginning of November and is now widely observed across the world to remember those recognised as today’s saints — known or unknown, mighty or lowly.

This is followed on 2 November by All Souls’ Day, an official holiday in the Catholic ecclesiastical calendar. Also known as The Commemoration of all The Faithful Departed and the Day of the Dead, All Souls’ Day is generally a day of remembrance when prayers are said for the souls of those who have passed on.

Around the world, All Souls’ Day often involves visiting cemeteries where loved ones are buried and tending to their graves. Attending a mass or church service, praying and eating particular foods are all part of these observations.

This is followed on 5 November with Guy Fawkes Night, which remembers the survival of James I from Guy Fawkes’ assassination plot when he attempted to blow up the House of Lords in 1605.

Many will know this English folk verse, circa 1870:

In an earlier Australia, we held "bonfire night", or cracker night, to mark the anniversary of the failure of the Gunpowder Plot.

I have written in IA before about how November is a time for Australian republic-remembering. It is a time when ARM has always elected its national leaders since the foundation of the movement in 1991.

In October 2022, Peter FitzSimons announced he would step down from the head position of ARM at its national meeting on 15 November 2022.

The author and journalist stated his exit will:

After seven years as a drum for ARM, FitzSimons suggests now is the time for a flute.

At ARM's national committee elections in October 2022, the campaign for an Australian republic was supercharged with the election of nine new directors, including:

Foster is one of Australia’s most powerful voices for the disadvantaged. The 29-times-capped Socceroo and award-winning sports broadcaster has spent the past decade campaigning for refugee rights and marginalised communities. He promotes anti-racism, allyship and what he calls "active multiculturalism" — communities protecting each other. As the patron of Australia’s Indigenous football teams, he works hard for a better Australia.

In early November this year, it was announced that Foster had been selected Australian of the Year 2023 for NSW and on 15 November 2022 was elected unopposed as National Chair Australian Republic Movement. 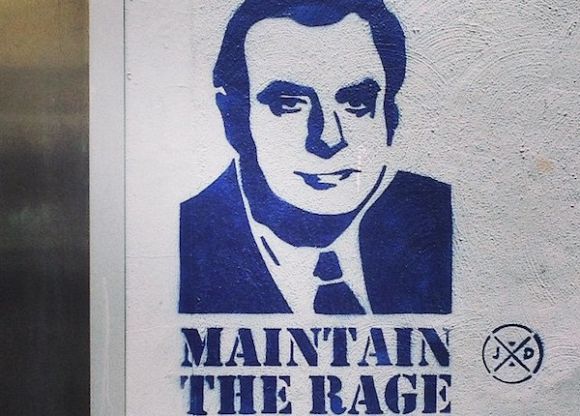 As one of our foremost writers of Australian history, Peter FitzSimons has captured some of the pivotal moments that have shaped our national identity.

Upon his appointment to head up ARM in 2015, FitzSimons is reported as saying:

"I think most Australians agree that there is a fundamental injustice at the heart of our system when a young boy or girl growing up in this great country can aspire to just about any job except the one that should be the most representative of all — head of state."

"... we are putting the band back together... In the 21st Century it is ludicrous that we still have a system whereby none of our kids will ever be good enough to fill that role because they are not born to that [British Royal] family. I am, you are, we are Australian. We must call it for what it is — not right, simply not fair."

FitzSimons' herculean efforts leading ARM over the past seven years will be remembered. When the coming republic is achieved and definitive histories are written, Fitzy won't be mentioned only in footnotes. There's a chapter, if not more, waiting to be written on him.

The Dismissal of Whitlam in 1975 arguably remains the most dramatic event in Australia’s political history and began the modern republic movement. Recently there have been claims the British monarch was involved in Australia’s 1975 constitutional crisis.

Important Book 'The Palace Letters: The Queen, the Governor-General and the plot to dismiss Gough Whitlam' is the ground-breaking result of historian Professor Jenny Hocking’s fight to expose secret letters between the Queen and Australian Governor-General John Kerr during the Dismissal of Gough Whitlam. Hocking provides a piercing analysis of both the extreme efforts made to stop her and what the letters themselves revealed.

Fifty years ago, on 13 November 1972, Gough Whitlam launched the "It’s Time" election campaign at Blacktown’s Bowman Hall, in the heart of Western Sydney.

Men and women of Australia. The decision we will make for our country on 2 December is a choice between the past and the future, between the habits and fears of the past, and the demands and opportunities of the future. There are moments in history when the whole fate and future of nations can be decided by a single decision. For Australia, this is such a time.

In early November 2015, the first significant policy change for the new Turnbull Government was to call it a “knight” on titles.

The formal removal by then-Prime Minister Malcolm Turnbull of one of previous Prime Minister Tony Abbott’s most unpopular “captain’s picks”, resolved a national embarrassment. Turnbull confirmed there would be no more anachronistic Australian knights and dames.

Australia’s “knightmare” was finally over. In abolishing the titles of knight and dame from the Order of Australia awards, Turnbull helped the growth of the movement for an Australian republic.

Early November also sees the anniversaries of the 2014 memorial for Prime Minister Gough Whitlam (1971-1975), as well as the 12 November eulogy delivered for Professor George Winterton.

Winterton was a first-rank constitutional scholar and pioneer of the modern republic debate. He spent most of his career at the University of New South Wales, was a prominent republic scholar and writer, a member of the Republic Advisory Committee in the mid-1990s and a key delegate to the 1998 Constitutional Convention that crafted the minimalist republic model rejected in the 1999 Australian republic referendum. More than anyone else, he produced the model that went to the people in that referendum.

Australians need a head of state of their own — someone who can lead the dignified part of their national life away from the day-to-day screaming match of Federal Parliament and Question Time.

Craig Foster will now help to lead us to this future. 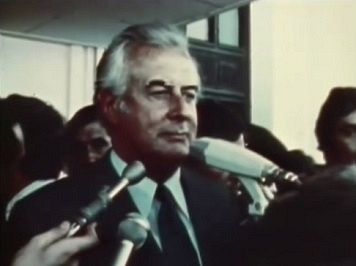