The death of Prince Philip, the Duke of Edinburgh on 9 April 2021 at the age of 99 has brought global reflection on his enduring part of the Elizabethan regal story.

In particular, many remembered his sense of duty in public life, significant contribution to community organisations, and unwavering support to his Monarch. It also reduces the number of Australian Knights by 25 per cent.

Chair of the Australian Republic Movement (ARM) Peter FitzSimons expressed his condolences to the British Royal Family on behalf of the ARM following the passing of Prince Philip:

'For almost 70 years he provided unwavering support to Australia’s Head of State, Queen Elizabeth II, making a significant contribution to the community as Consort of the British Monarch and patron of more than 800 organisations. His service shaped the lives of hundreds of thousands of people.'

However, the lasting effect Prince Philip had on the Australian community occurred on Australia Day 2015, when then-Prime Minister Tony Abbott made his “captain’s pick” and appointed him an Australian Knight, within the recently expanded Order of Australia award system. The public exploded and the Australian Republic Movement’s webservers melted down.

Prime Minister Abbott’s actions reminded Australians what elitism really looks like and succeeded in highlighting that the concepts of both a royal family and royal honours are elitist nonsense.

It was Prime Minister Gough Whitlam who axed knighthoods in 1975, only to watch Malcolm Fraser reinstate knights and dames a year later.

Then, in 1986, Prime Minister Bob Hawke abolished the category all over again. John Howard is understood to have rejected the idea of reinstating knights and dames, on the grounds the endless chopping and changing was undermining the dignity of the honour.

In December 2013, Prime Minister Tony Abbott, who had been the former director of Australians for a Constitutional Monarchy, had ruled out restoring the British tradition of knighthoods and dameships.

However, within three months, Abbott had done a complete about-face and reintroduced an outdated and unwanted style of honour to Australia without consultation with his Federal frontbench. The honour was to be known as a knight or dame in the Order of Australia and would be the nation's highest award.

At the time, the Prime Minister said he believed this was:

“... an important grace note in our national life.”

David Morris, National Director of the Australian Republic Movement, stated at the time:

“Since Mr Abbott’s announcement about "knights and dames", our annualised membership growth rate has spiked to about 5,000 per cent. Many are re-joining, having previously been members. Many are people who say they voted for Mr Abbott’s Government but are dismayed by his personal decision, apparently made only in consultation with the Queen.”

Abbott’s new system allowed the Queen to bestow up to four knights or dames per year, on the recommendation of the prime minister, to recognise extraordinary and pre-eminent Australians for their service to Australia and humanity.

Australian historian James Curran wrote in the Canberra Times that:

'In the symbolic landscape of Australian civic culture, Tony Abbott’s restoration last week of Australian knights and dames perhaps stands as one of the most pompous, pretentious, nostalgic and self-indulgent prime ministerial decisions in a generation.'

On Australia Day 2015, Prime Minister Tony Abbott's 2014 decision to restore Imperial knighthoods became even more bizarre, when he used the Australia Day Honours List to award the second and third AKs in the restored Knight of the Order of Australia division to His Royal Highness, Prince Philip, Duke of Edinburgh and Air Chief Marshal Angus Houston.

One was the Chair of the Council for the Order of Australia and the other was the husband of the British Monarch.

Grandfather Royal, Prince Philip, received his AK for his contribution to Australia throughout the Queen's 62-year reign, and it was his due to his long life of service and dedication Prime Minister Abbott “picked” him to be honoured by Australia. Special mention was also made of the Duke of Edinburgh Awards in Australia, which he said had positively influenced the lives of hundreds of thousands of young Australians. 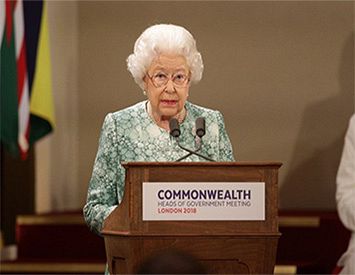 Prince Charles is regarded as the heir to the British throne, however Prince Edward may be the one to claim it, writes history editor Dr Glenn Davies.

In the lead-up to Australia Day 2015, there had been no media about the awarding again of any Australian Imperial honours. The Australian of the Year awards had been well publicised, but not the possible “knights and dames” appointments.

The reaction from the Australian people was largely satirical and fundamentally bemused.

As a Palace spokeswoman said at the time:

“Knights and dames in the Order of Australia are approved by the Queen on recommendation of the Prime Minister. We wouldn't comment further on the process.”

The reaction at the time from Australians on all sides of politics showed that Imperial honours are divisive and out of touch with a modern, multicultural, egalitarian Australia. Our identity is Australian, not colonial.

On 2 November 2015, two months after coming into office, the first significant policy change for the new Turnbull Government was to call it a knight on titles, when he announced that the Queen had approved his request to amend the Order's letters patent and cease awards at this level.

This was after Federal Cabinet had, at his suggestion, agreed that the titles were no longer appropriate in the modern awards system. The formal removal by Prime Minister Malcolm Turnbull of one of Tony Abbott’s most unpopular "captain’s picks" resolved a national embarrassment.

The 2014 announcement by then Prime Minister Tony Abbott of a return of knighthoods for Australians echoed of a "bunyip aristocracy" continuing to chip away at modern Australia. Monarchist teacup warriors seemed to be again recycling Australia back to a past that no longer reflected 21st Century Australia.

Perhaps it’s our fascination with modern fictional royalty that helps bolster offline royalty these days. Royalty comes and royalty goes, but it is never a part of us. For us in Australia, royalty only ever visits us from somewhere else, from across the seas. It’s not something that lives with us, is part of us, except in our imaginations and creative fantasies when we are binge-watching The Crown.

Surely, it’s time to make the case for Australia to have a Head of State that is one of our own — not someone from the other side of the world.