FORTY-FIVE YEARS after they were written, hundreds of previously secret letters between the Queen and the governor-general of Australia, Sir John Kerr, relating to the Dismissal of the Whitlam Government in 1975 were released in full by the National Archives of Australia.

Containing 212 letters and 1,200 pages in total, the “Palace letters” will be the greatest addition to the history of the dismissal of the Whitlam Government since the revelation of Sir Anthony Mason’s role nearly a decade ago.

The letters have been held in the National Archives, locked away as “personal” records under the embargo of the Queen. That is, until the High Court’s emphatic 6:1 decision in June this year that they are Commonwealth records and to be made available for public access.

The impact of this extraordinary decision is being keenly felt in Buckingham Palace and with some trepidation, since the letters will be released against the wishes of the Queen, as the High Court judgments make clear.

The Queen’s private secretary argued strongly against their release when the case began in the Federal Court, as did the governor-general’s official secretary, even claiming in letters included in a submission from the official secretary, Mark Fraser, that their continued secrecy was essential ‘to preserve the constitutional position of the Monarch and the Monarchy’.

In rejecting this presumption of royal secrecy, the High Court has enforced a measure of transparency and accountability over a monarch and a monarchy once seen as untouchable. The significance of the decision and its ramifications is tremendous, beginning with the release of the letters themselves.

In anticipation of their historic public release, let’s take a look at the palace letters — what we know about them, what to look out for and what they might tell us. These details are drawn from the court proceedings and from documents in Kerr’s archives.

What will be in the palace letters?

Firstly, there are 212 letters. This is a simply staggering number, on a scale I had never imagined, since previous governors-general had reported to the Queen at most only quarterly. They include telegrams as well as letters.

Kerr’s letters include a number of large attachments, running to several hundred pages, such as newspaper clippings, articles and other people’s letters to him. Since these attachments “corroborat[e] the information communicated by the Governor-General” to the Queen, they will be equally significant for revealing how Kerr depicted the polarised events of 1975 to the Queen and on what basis.

The letters cover the entirety of Kerr’s period in office — July 1974 to December 1977. Their number grew markedly from August 1975, as Kerr increased his quite obsessive “reporting” on the prime minister, Gough Whitlam, to the palace.

At times, Kerr wrote several letters in a single day. As a result, there are slightly fewer letters from the Queen to Kerr in reply.

There are 95 original letters and telegrams from the Queen to Kerr, all of them through Charteris. This nexus through the private secretary is entirely in keeping with their role as the official channel of communication with the monarch — Charteris writes for and as the Queen. This is an important fact to bear in mind as we assess the letters.

In terms of that nexus, a critical detail emerging from the court case is that the Queen’s letters, sent through Charteris, “convey the thoughts of the Queen to the governor-general”. There can be no walking back from the fact the letters from the Queen express her thoughts and her views.

This is extremely important in understanding the implications of the letters, particularly since some have tried to distance the Queen from her letters to Kerr on the basis that her private secretary wrote them, even suggesting this constitutes a royal form of “plausible deniability”. Any attempt to construct a “get out of gaol free” card for the Queen over the content of her own letters is completely unsustainable.

Many of the letters will be highly sensitive politically since we know from the Federal Court submissions they “address topics relating to the official duties and responsibilities of the governor-general”. The specific nature of those discussions will be one of the intriguing questions to answer when the letters are opened.

Did those topics include options and strategies relating to Kerr’s decisions, which the governor-general ought to have been discussing with the prime minister? Did they include a discussion of Kerr’s concern for his own position as governor-general, his fear that Whitlam might recall him — which is a decision for the prime minister alone to make and in which the Queen can play no part other than to act on that advice? And did they include a consideration of the putative power of the governor-general to dismiss the Government, which retained its majority in the House of Representatives and its confidence at all times, without warning?

Scattered references to the Palace letters in Kerr’s papers shed further light on what we can expect to find. The most significant of these is his reference to ‘Charteris’ advice to me on dismissal’. Kerr writes of having ‘the additional advantage’ of ‘the illuminating observations… sent to me by Sir Martin Charteris’, indicating the significant role the letters played in his deliberations about dismissing the Government and his eventual decision to do so.

Extracts from some of the Palace letters explicitly refer to the prospect of Whitlam’s Dismissal.

‘...if I were at the height of the crisis contrary to his advice to decide to terminate his commission...’

‘...he [Whitlam] said that the only way in which an election for the house could occur would be if I dismissed him.’

Those particular letters, together with those written around key dates – the blocking of supply in the Senate, Executive Council meetings, Whitlam’s decision to call the half-Senate election, among others – will be a focal point for examining the letters.

The critical and defining context to assess the Palace letters is that while Kerr and the Queen were discussing these essentially political issues regarding the “events of the day” and the “official duties and responsibilities” of the governor-general, Kerr remained “silent” on these issues to the prime minister.

Worse, the Queen well knew that. Whether there was any response from the Queen about Kerr’s errant conception of his role as governor-general, his refusal to speak to or take the advice of the prime minister, will be of great interest.

Whatever the palace letters may reveal, the most important thing is that now we can know it. With that knowledge, the full history of the Dismissal of the Whitlam Government can finally be told. 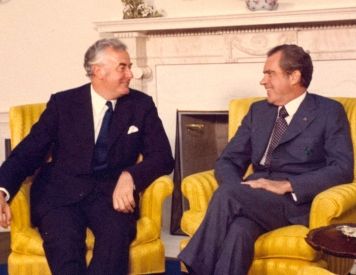 Professor Jenny Hocking is Emeritus Professor at Monash University, Distinguished Whitlam Fellow at the Whitlam Institute at Western Sydney University and award-winning biographer of Gough Whitlam. Her latest book is 'The Dismissal Dossier: Everything You Were Never Meant to Know about November 1975 – The Palace Connection'. You can follow Professor Jenny Hocking on Twitter @palaceletters.

This article was originally published on The Conversation under the title, ‘The big reveal: Jenny Hocking on what the ‘palace letters’ may tell us, finally, about The Dismissal’.