SUBSCRIBE   DONATE LOGIN SHOP
SUBSCRIBE   DONATE
How we prevented a Morrison dictatorship
How Howard screwed the Libs
U.S. site tries to ruin what makes fairy bread great
Bloody Idiot of the Week — Episode 28: Get used to it
Morrison's 'politics of retribution'
IA Journal

I REMEMBER how nearly a decade ago the first article was published — the day after the "night of the long knives", when Julia Gillard rolled Kevin Rudd for the prime ministership. At the same time Rudd was being deposed, IA emerged as an independent Australian voice.

Over the past eight years, Independent Australia has gone from strength to strength.

Since those early days, Independent Australia has become the premier republican voice in Australia, the modern day version of The Bulletin in its heyday of the 1880s and 1890s.

Australia has a long tradition of independent, republican journalism. This tradition was first established in newspapers such as the People’s Advocate and the Empire of the 1840s and 1850s, supported in The Age in the 1870s and 1880s, and from a constant theme in publications in the 1890s, such as the Newcastle Radical, the Wagga Hummer, the Cairns Advocate, the Melbourne Tocsin, the Hobart Clipper and John Norton’s Truth. But it was in the pages of the Bulletin of the 1880s and 1890s that the flowering of republican ideals can mostly noticeably seen to emerge.

Over the past eight years, the task I have taken on with IA is to begin to document some of our shared republican history. For me, this historical journey had begun much earlier with my 1988 James Cook University history honours thesis, The Australian Republican: a Charters Towers based radical journal, 1890-1891. Coincidentally, the first edition of the Australian Republican was published on 21 June 1890 — 125 years, almost to the day, before Independent Australia.

But there is still a great deal more to document. Australia’s republican past has a rich and deep seam. It’s important to remember that our future is inextricably linked to our shared past.

It has been a long time since Australia has had such a strong republican voice. Australia’s republican voice has been lost for a long time. There have certainly been many writers, artists, academics, and politicians who have actively advocated for an Australian republic over the past century, however they have not had a home where they can all shelter under the same roof.

The anniversary of the establishment of Independent Australia on 24 June comes a few days after the winter solstice, a time of reflection at a quiet time of the year. In the lead-up to the winter solstice there are other Australian republic moments.

On 7 June 1995, the Prime Minister of Australia, Paul Keating, formally announced his support for an Australian Republic. This date often falls on the same weekend as the Queen’s Birthday public holiday in most Australian states.

In a televised speech to Parliament entitled 'An Australian Republic The Way Forward', Keating laid out his vision for Australia’s republican future. This was the culmination of nearly a decade of discussion on constitutional change. In the course of his speech to the House of Representatives, he announced his government’s intention to transform the Commonwealth of Australia from a constitutional monarchy into a republic.

Keating's only concession to the European and British past was

"... that the Australian republic retain the name “Commonwealth of Australia. 'Commonwealth' is a word of ancient lineage which reflects our popular tradition and our Federal system."

This is the final step to becoming a fully independent nation. It will permit the full and unambiguous expression of Australia's national identity.

The Government is releasing its proposals as a focus for further public discussion and debate. All Australians should participate in this important national debate.

Keating proposed a minimalist plan for a republic, concentrating on the single task of installing an Australian as head of state.

Few Prime Ministers have provoked such strong public reactions as Paul Keating. Even fewer have presided over such dramatic changes to Australia’s economy and society. A self-professed "big picture" person, Keating had his eye directed towards the future and not the past, to Australia, and not over his shoulder back to Britain.

In his speech to the National Library 25th Anniversary Dinner on 13 August 1993, Keating stated:

“If we can't imagine we can't determine our future, we can't act, we can't change. And we'll fall behind." 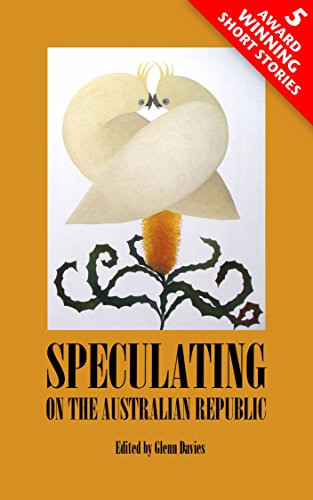 It seems strange there is no tradition of republican speculative fiction in Australia. In colonial times there were republican poets such as Charles Harpur writing in the 1840s and 1850s, and republican writers such as John Dunmore Lang and Daniel Deniehy in the 1850s and William Lane, Henry Lawson and John Norton in the 1880s and 1890s.

But where have the republican stories been for the past century? There have certainly been many republican writers during this time but almost no examples where republican settings or arguments have been explored in Australian fiction. Republican arguments and explorations of the past and imaginations of the future are always written within the framework of constitutional debates. Where do the people of Australia fit into this? Where are their myths and stories to tell and retell and remember about Australia’s emerging republican identity?

You can follow history editor Dr Glenn Davies Glenn on Twitter @DrGlennDavies. Why not give Independent Australia a birthday present by subscribing or making an $8 donation?