Another Queen’s Birthday — isn’t it time to break free?

Several monarchs have abdicated recently, so when does Queen Elizabeth II get to retire, asks history editor Dr Glenn Davies.

TODAY IS the Queen’s Birthday public holiday in Queensland. Meanwhile, there has been lots of talk lately of monarchs abdicating.

Queen Beatrix of the Netherlands may have started a trend toward royalty retiring when she announced her abdication last year after a 33-year reign. In the Netherlands, abdication is the norm at the egalitarian House of Orange. Beatrix’s mother – Juliana – and her mother’s mother – Wilhemina – all stood down and eased into retirement.

Queen Beatrix was quickly followed by her Belgian counterpart, King Albert II. Belgium’s King Albert was 79 years old and in frail health when he handed over the reins of his fractious country to his son Phillipe.

Advancing years and declining health also appear to at play in Spain when King Juan Carlos announced his retirement last weekend. Juan Carlos is 76 and also has been in poor health in recent years. He told his nation it was time for a “a new generation".

In between these royal retirements, Pope Benedict XVI shocked the Catholic world by becoming the first pontiff in 600 years to step down.

It has always seemed absurd that Queenslanders acknowledge the birthday of Queen Elizabeth II at a completely different time to her actual birthday. Certainly a long weekend in June is a great way to start the winter snow season, but when will Queen Elizabeth II be allowed to put up her feet?

Most 88 years olds are long retired, but not that trouper the Queen.

My grandmother will be 89 later this year. She's a hardy soul but there's no way she would be up to the frantic pace needed to be a world leader! Most people these days are retired by 60, although even with Prime Minister Tony Abbott’s plans to raise the retirement age in Australia to 70 (and beyond?); Queen Elizabeth II has still well and truly exceeded this.

The idea of celebrating the sovereign’s birthday was introduced in 1905. After Queen Victoria’s death in 1901 there was a call to remember her long reign. The result was the creation of Empire Day (and Cracker Night). On 24 May each year, Victoria’s birthday, an annual commemoration was held, which was directed especially at school children to promote loyalty among the dominion countries of the British Empire. This day was celebrated by lighting fire-works in back-gardens and attending community bonfires.

In 1958, Empire Day was renamed Commonwealth Day. However, this is no longer celebrated within the Australian community and there is little public awareness of it.

Instead, the Queensland Government gazetted the official Queen’s birthday to be on the second Monday in June.

It is most likely the queen will stand by her promise to serve as monarch for the rest of her life. The only time she has suggested she may agree to abdicate is at the end of Sue Townsend’s brilliantly satirical novel Queen Camilla, in which the UK has elected a republican government and the Royal Family has been exiled.

Although the Queen’s Birthday public holiday is observed as a mark of respect to the sovereign, there are never any public celebrations. Nothing actually happens. Perhaps this is the true metaphor for the purpose of monarchy in an egalitarian society?

What I may do is listen to the Queen marathon on 612 4QR ABC Brisbane from 3pm! Don't we all

Dr Glenn Davies is convenor of the Queensland branch of the Australian Republican Movement. 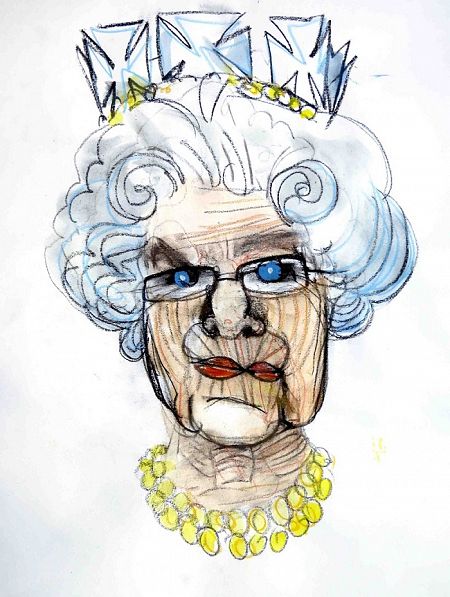