Prominent Australians, including the Treasurer, are urging corporate tax cuts. A smart move, or not? Alan Austin evaluates the evidence.

Latvia’s retail trade grew impressively throughout 2018 and 2019, with only one negative month out of 24. What has gone so horribly wrong?

Monthly exports boomed through 2018, reaching new all-time highs five times. Export growth was among the highest in advanced economies (see graph 1 below). The Federal Budget moved ever closer to surplus. Debt to GDP declined steadily. This is appalling.

The so-called experts who would have been perturbed at Latvia’s surging economy are those urging governments to cut corporate taxes. Their advice is that cutting them is good for the economy and raising them is bad. Really?

In 2018, Latvia increased its company tax rate from 15% where it had been for the previous 16 years way up to 20%. Its economy then boomed.

Latvia is not alone. Germany, South Korea, Turkey, Ecuador, Taiwan and Slovenia have all lifted the corporate taxes in recent years — and reaped the benefits.

Taiwan increased its corporate tax rate in 2017 from 17% to 20%. Outcomes were almost as impressive as Latvia’s.

The jobless rate dropped to 3.72% by the end of 2019. Wages grew steadily over that period. Productivity reached a new all-time high of 119.5 index points in January this year. Household disposable income rose by 2.7% in 2019, higher than inflation which was below 1.0% for most of 2019.

Taiwan’s housing index – which measures the overall value of housing – increased steadily, as did manufacturing and industrial production. Retail trade expanded, with only one negative month in 2019. The Federal Budget deficit has decreased for each of the last three years, moving ever closer to surplus. Pretty good.

Now let’s look at economies which followed the advice to reduce corporate taxes. 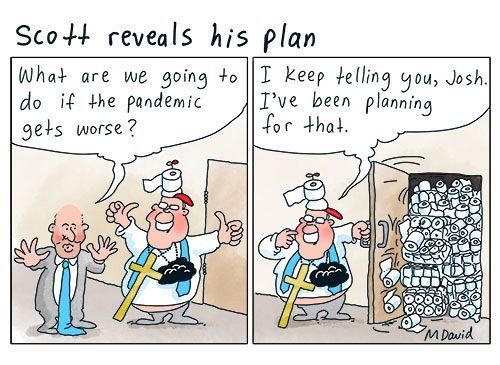 The classic case is the United States, which slashed the rate from 35% down to 21% in late 2017. This was the most dramatic tax cut in recent world history and may be recorded as the most disastrous.

Just two years later, by September 2019, the deficit had blown out to $984 trillion (AU$1.37 quadrillion), at 4.6% of GDP. Revenue fell to 77.9% of spending and the debt ballooned to $22.7 trillion (AU$31.7 trillion). This was despite President Donald Trump’s promise that he would generate surpluses and pay back all U.S. federal debt.

It is critical to note that all these outcomes were recorded before COVID-19 was even heard of. Things are vastly worse now.

Other economies to slash the corporate tax rate with damaging consequences include Spain, Italy, Israel, India and Sweden.

Calls for tax cuts from the rich

Those pushing this discredited policy include executives of the big foreign corporations currently shunting billions of dollars of Australia’s wealth out of the country, Business Council of Australia chief Jennifer Westacott and, sadly, Treasurer Josh Frydenberg.

Their claim that lower corporate taxes will boost the economy is not validated. It has been exposed many times to be a zombie belief.

‘...a belief that has repeatedly been proved false, but refuses to die; instead, it just keeps shambling along, eating people’s brains.’

In reality, what these groups want is more of the nation’s wealth for offshore investors and less for the people of Australia. 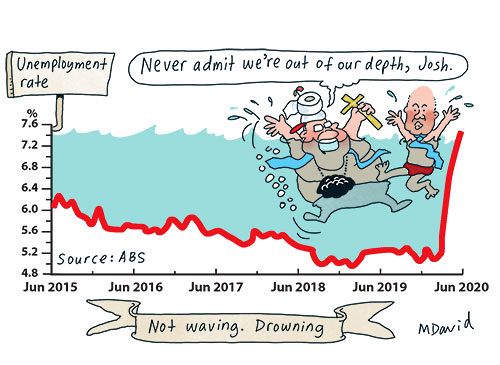 Getting the balance right

We can also track changes following decisions to raise or lower the corporate tax rate, as this analysis has done partially.

The best rate will not be the same everywhere. On the evidence, between 28% and 34% seems optimum for major developed nations like Australia, France and the USA. Lower rates suit emerging economies such as Latvia, Thailand and Malaysia. But as they advance, higher rates will serve better.

For Australia, the answer is easy. During the last global economic crisis, the Rudd Government maintained the corporate tax rate at 30%, despite strident demands to reduce it. The result was the world’s best-performed economy from 2009 to 2013. Tax evasion over the last six years has effectively reduced this substantially. So when the Government – the current one or the next – fixes this, the economy should recover some of the losses suffered since 2013.