A few recent examples of the media gang – unfortunately all from the national broadcaster – going into mass hysteria with their “analysis” over Labor’s first budget include:

Andrew Probyn to Sarah Ferguson: 'One clear winner ... and millions of losers.'

And the current front-runner in baseless and nonsensical beat-ups, Stan Grant, to no one in particular:

‘The dirty secret at the heart of the Federal Budget...'

The latter is the title of an article by ABC’s Stan Grant, in which he discovers a sudden and most compelling urge to consider Australia’s poor and disadvantaged. It is a new and shocking experience that has clearly eluded Grant and most of his media mates for the past decade.

One of the key tasks of the media – for any younger readers who may never have experienced it – is to hold governments to account. But this, like the key function of governments being to govern, seems to have been AWOL for over nine, very long and dysfunctional years under Coalition reign. 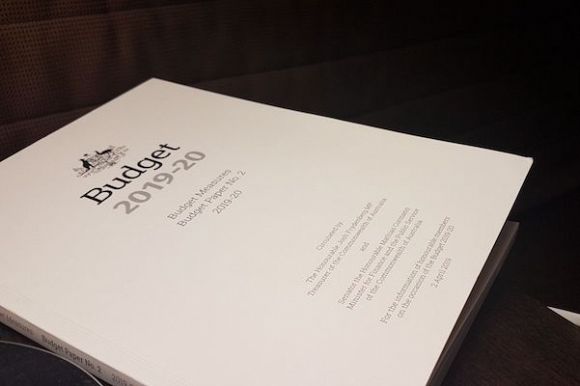 BUDGET 2019: Back in the black Budget just another cash splash

Frydenberg has boasted about returning the budget to surplus and paying down the debt but managing editor Dave Donovan, sincerely doubts it.

IA’s Dave Donovan endured the 2019 Budget lock-up, delivered by then-newly appointed Treasurer Frydenberg as he rambled on about being "back in the black", only not now, but sometime in the very distant future. At that time, IA was (as often happens) one of the few publications to question how the Morrison Government could declare they were “back in the black” – or even approaching this shade – when the figures were still decidedly crimson.

Where were our mainstream media watchdogs then? And where were they when those bright red figures doubled and tripled without a black digit in sight? Or when the funding for bushfire victims never materialised? Or when near 2,000 of our poorest and most vulnerable took their own lives after being hounded for debts they didn’t owe?

Where were these media analysts, when the most dysfunctional government in living memory ignored the poor, the sick, the aged and the disabled among us while it rorted and lined the pockets of its wealthy opportunist mates, such as Gerry Harvey?

There are exceptions, such as Laura Tingle, who consistently provides in-depth, unbiased political analysis and who said of Chalmers' Budget:

"The Treasurer is preparing for some real reform while being fiscally prudent."

This seems a fair summary of the 2022 Budget, which offers some fiscal repair, while still taking key steps in climate policy, housing, cost of living issues and a Voice to Parliament.

Chalmers' budget also appears to have been predominantly well-received by community and business groups, such as Oxfam, the Environment Defender's Office, ACOSS, Farmers for Climate Action, and the CEO of the Australian Chamber of Commerce and Industry, Andrew McKellar, who said:

"On the whole, we would agree that the Budget was responsible, measured and quite practical."

So let's now take a look at the "analysis" provided courtesy of our public broadcaster's finest.

First, we have David Speers, who, earlier this week, after Treasurer Jim Chalmers stated that Labor had "inherited a budget heaving with rorts and waste,” advised the Treasurer that it would not do to continue "blaming the Coalition". This, after almost a decade of the Coalition's interminable, "Labor, Labor, Labor" catchcry saturated our networks. 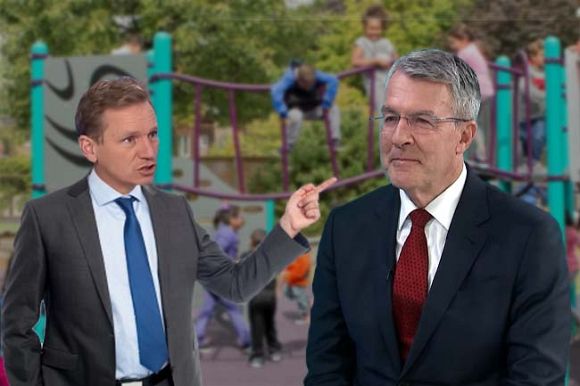 "Well the narrative today, Sarah [Ferguson], is that there's one clear winner and millions of losers."

And finally, ABC's international affairs analyst Stan Grant, who claims the dirty little budget secret is ... wait for it, that:

'The poor will pay.'

Extract of first bit of each from Probyn, Grant & Tingle on #Budget2023 you can tell who isn’t happy about Labor putting forward the best Budget we’ve had in a decade. pic.twitter.com/Yqr0RvZRhg

'Oh, to be rich,' laments Grant, before listing the benefits in the Budget for $200K-plus income earners.

Now, we can't say with certainty what Grant earns, but given the top 20 ABC hosts collected a combined income of $124 million five years ago, it's a safe bet he would qualify for his "oh-to-be-rich" category.

'When will the Government start making the rich pay more to repay those who right now are going to hurt the most?'

Much of Stan's acknowledgement of the gap between the wealthy and impoverished in this country is accurate, of course. However, this systemic inequality was roundly ignored, even welcomed, by the last Coalition Government and most of the usual media suspects for the past nine years.

This is not to say that the new Albanese Government should not address this widening disparity. However, Grant's assessment is as though Labor – in power for all of five months – should not only have come up with a budget to lift us out of this inherited economic dog's breakfast but should have also solved chronic inequality, facilitated world peace and cured cancer by now.

But it really wouldn’t matter if this Labor Budget delivered Australia to heights not seen since Wayne Swan was voted the world’s best treasurer.

It probably wouldn't matter if they also solved world peace and cured cancer, or even landed an astronaut on Mars.

Australia’s press gang would continue its quest, now, sadly, often led by the national broadcaster, to drive Australia back into the hands of those that brought you trillion dollar debt, soaring inflation and eye-watering energy prices, all while ignoring climate change and still managing to torment the poor to complete despair.