Telstra and the ABC in neoliberal Australia: No longer for everybody

Media editor Dr Lee Duffield sees developments with Telstra and the ABC as a problem for communication in Australia — and finds a link with trouble in America. 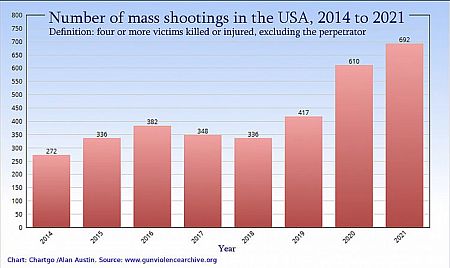 Pictured clockwise from top: children in cages in the USA, Telstra CEO Andy Penn announces 8,000 job losses and PM Malcolm Turnbull at the Liberal Party Council meeting in which members voted to privatise the ABC (Screenshots via YouTube)

ON WEDNESDAY (20 June), we had quite a day of seeing "old principles" going out the window.

Telstra decided to split off its engineering arm and run a separate, “smaller, leaner” retail business, in the words of the CEO Andy Penn — in the process off-loading 8,000 of its 32,200 staff.

It flowed on from the privatisation of the government-owned telco, starting at $3.30 per share in 1997 dollars — today junking off at well under $3 ($2.77 at Wednesday’s close).

We speak to Telstra CEO Andy Penn about the announcement to slash 8,000 jobs and change the structure of the telco. #TheProjectTV pic.twitter.com/PkYc6dl8AG

With that sale, out went the old idea of statecraft, where the public authorities provided a mainframe communications system to ensure a service for everyone such as:

Hurrah for technologies that revolutionised the entire prospect of communications — but did the system and the valuable public asset have to go too?

The so-called neoliberal ideology of the day insisted that the communication business of society would be done better in private hands: more flexibility, a rush of investment, competition, growth.

The evidence for the neoliberal theory – if it works or goes bust – is now starting to come through with events like what we saw this day — a once rock-solid public asset fulfilling a vital function for society, now just another business getting “smaller and leaner” to stop itself going broke.

The key action is the splitting-off of the infrastructure services – the white trucks and technicians – so there is no longer even the vestige of a central mainframe provider geared to the needs of the society, as against the needs only of investors.

TELSTRA IN A TOUGH COMMERCIAL WORLD

This is not to say the company and the people in it have failed to have a good go at delivering quality to customers.

In its new organisational shape as a semi-automated digital net, it’s been delivering some schmick products and facilities like easy-access personal accounts and improved roaming, supplemented with passable access to a help-person where needed.

But that’s been just not enough where they have to maximise “efficiencies” and profitability.

As Andy Penn intimated on ABC's 7.30, at the end of the day, the business is under pressure from the roll-out of the NBN, with burdensome wholesale prices and competition from smaller telcos that use it.

Commentators in the field were estimating that, to compound the ceding of infrastructure to the NBN, Telstra also has been missing out on half the new business entering its market.

Added to that, companies riding the tiger of the digital revolution cannot tell where to limit their ambitions. There is, for example, the disastrous failure of Optus to provide the World Cup on smartphones, even loading up the system by poaching competitors’ customers for $15-a-go.

Clearly, there was no fraudulent intention, but trumpeting a service and then literally delivering dead air degrades all their contracts and makes a joke of the growth-mad financial ideology behind it.

Likewise, the dead air provided by Telstra, their spectacular, prolonged “outages”, are a sign of wrong priorities and misguided ambitions; all Penn could say was that, while sending off 8,000 personnel, he was busy building more “resilience” and, at last, “redundancy” into the system.

The theme of this commentary is that some priorities need to exist that are to do with the responsibility of democratic government, the needs of people and society not confined to technology and financial gain.

To twist-around one comment of the reactionary English politician Margaret Thatcher, that Joan of Arc of 1980s “neoliberalism”: many reasonable and informed people actually think there is such a thing as society and it is not confined just to certain individuals and their families.

The day of debates saw further outing of the “sell the ABC” campaign after they let the cat out of the bag at the Liberal Party Federal Council last Saturday.

Why did this peak body of the Governing party vote with an “overwhelming majority” for privatising the national broadcaster?

For how long can the Parliamentary wing push this off with repeated cuts upon the ABC budget (now estimated at half what it was in real terms 30 years ago) and face the electoral cost of doing what their party has now overtly and officially demanded?

Not that the idea lacks appeal for Members on the Government benches themselves, given that it has got something for all of the different factions or groups within the party:

'With the ABC [Australia] has a central forum, owned by all, standing out  ... in a sea of ... truths, lies and opinions — an accountable and informational resource.'

An old-timer at ABC News told me this:

'Joining the independent ABC news service when it started in 1947 was considered being radical because it stood for objectivity and fairness. Up to that time, it was just newspapers, which were biased and did propaganda. We flocked to join the ABC because it was not radical, it was ethical and professional.

NO LONGER FOR EVERYBODY

To look into a crystal ball and try to see a privatised ABC, maybe look at Telstra.

Sold to many, it no longer belonged to all.

Having to go hard after profit as its bottom line, it took its eye off the ball, which had been attending to the just needs of society as a whole.

Then, entering the zone of new information and communication technologies, a great field of business crisis (meaning danger and opportunity), it would resort to becoming just another business.

If Australia is a country, a culture, a society and a democracy, it needs its communication. With the ABC it has a central forum, owned by all, standing out among many voices in a sea of published ideas, truths, lies and opinions — an accountable and informational resource.

US President @realDonaldTrump has signed an executive order on immigration to end the separation of immigrant families at the US-Mexico border, reports @zdaniel https://t.co/FFPzWWFqx2 pic.twitter.com/dVMOtC3D62

Wednesday (20 June) was also the day we saw images of the United States Government herding would-be migrant children, many in infancy, into wire enclosures.

The decision to prosecute all border crossers from Mexico as criminals – and procedurally separate them from their accompanying children – is brought up here because of the bluntness of it.

It was another goodbye from the Trump Administration to old and time-honoured conventions and principles of consensus and moderate government.

After a few days of public revulsion, the move was changed but the damage was done.

It was extreme and divisive within the American society. On one side, President Donald Trump and the “shock jocks” on commercial radio. On the other side, people like Nancy Pelosi, Leader of the Opposition Democratic Party in Congress, who called it “a stain on our history”.

Is it pushing too hard, drawing a long bow, being unreasonable, to see ingredients of this in more extreme politics emerging in Australia?

Pushing through the sale to private bidders of the ABC and Telstra, crucial communications institutions of society, is a radical and divisive act with plenty of potential for bad consequences.

If you’re outraged that #Trump plans to now indefinitely imprison families seeking asylum you need to know he learnt that from Australia. We’ve been doing that exact thing for past 5 years on #Nauru. In fact more than 120 children are still behind caged fences now. Let’s end it. pic.twitter.com/5DnH4Z2twc