From that Women’s Network logo to a corseted perspective where he can only understand women through the lens of his wife or daughters, Scotty from Marketing can’t recognise the inequality, bias and dangers that women face.

Trying to defend himself, he ran the following list past Kymba Cahill during an intense interview on Perth Radio show Mix94.5. (See Figure 1.)

Scott Morrison raised these points asserting that the Coalition had made significant progress on:

Using unemployment figures from the Australian Bureau of Statistics (ABS) is a dubious exercise as I have noted previously, but this will be the data to which Scott is referring (see Table 1). According to ABS, females employed in the workplace in Australia in February 2022 was 6,407,730 (men were 6,964,280). This left 256,378 of the female workforce unemployed. That is a 3.85% unemployment rate for women in the workforce. I will dispute this claim later.

In the meantime, the lack of inclusion of zero-hours workers (which the ABS calculates) in the unemployment percentages is a blatant misrepresentation. People with registered employees (usually in the gig economy) offered zero hours of work in a month and zero dollars for pay, while considered “employed”, are not segregated by gender in the ABS stats. 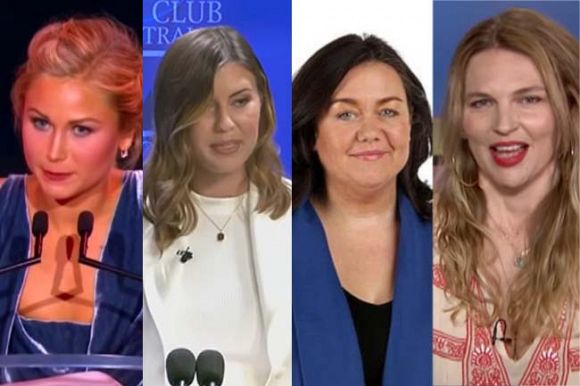 However, people in employment are segregated by gender. So calculating the ratio of women in the workforce to men at 47.9% in February 2022 provides a reasonable basis for extrapolation. Zero-hours workers for February 2022 was 130,000 people, and multiplying that by 47.9% for February gives you an estimate that 62,678 workers were likely female.

Adding zero-hours female workers back to ABS’s unemployment numbers means that 319,056 women (or 4.79% of the workforce) are without paid work. That means the number of women in employment drops to 6,345,053. Making the same relative month-by-month calculations over the last three years generates a female ratio that varied between 49.9% and 46.4%, resulting in the Figure 2 graph.

Another consideration is that since our Treasurer, Josh Frydenberg, claims our economy has recovered to pre-pandemic levels. Commencing with ABS stats from the beginning of 2019 will allow some trend analysis. Of course, other journalists have demonstrated Josh’s claims are fallacious propaganda, but let’s overlook that for now.

Looking at the trends in the graph for full-time, part-time and workforce numbers for women, it is evident none of the categories has made a full recovery. Compared to February 2019, the ABS figures claim: 5.996 million women were employed and 314,000 unemployed. However, it is 375,000 if you add back the female proportion of zero-hours “employed” estimated in Feb 2019. That would have reduced our wage-earning employed to 5.954 million. So Morrison seems correct that more females are employed.

Still, it should be apparent that his claiming credit is a misdirection. Over that same three years, the total workforce moved from 6.310 million to 6.664 million. The population of women over 15 went from 10.417 million to 10.687 million. Unless Morrison is claiming credit for population growth or women entering the workforce, both of which are rising at similar levels.

Is a rising level of employment, therefore, something for which he can claim the credit? Significantly, when they have not even risen to a level that an extrapolation of 2019 figures would predict? What legislative change has Morrison’s Government passed that has even achieved this underwhelming rise in employment? 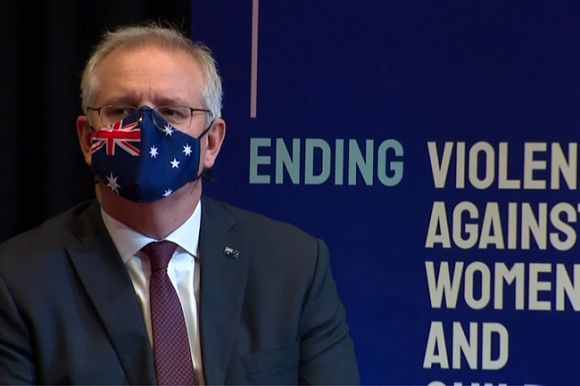 As for “the lowest level of unemployment” for women, the evidence for real domestic unemployment for women demonstrates otherwise. This is where I will review not just ABS data but also include zero-hours data, JobSeeker and Youth Allowance and Roy Morgan’s unemployment figures.

These measures demonstrate that unemployment exists at around 8.5% for women. This was lower than current levels for all of the second half of 2019. However, just as zero-hours “employees” are not segregated into gender statistics, neither is Roy Morgan’s estimates. Roy Morgan’s methodology has more in common with the Jobseeker and Youth Allowance as a measure of unemployment.

Accordingly, I have used their month-by-month ratio of men and women on both stats to extrapolate the proportion of Roy Morgan’s total estimates, likely female. The results in the following graph (see Figure 3) and accompanying sources and internal explanations demonstrate why Morrison’s claim is inaccurate. Please see my articles here and here if you want further explanations concerning this multi-data analysis.

I assume Morrison boasting of more women on government boards doesn’t include former Australia Post CEO Christine Holgate, who is still waiting on his apology. It should be noted that “more than 50%” of women on government boards is larger by a factor of 0.2%. In short, it is 50.2%. The history of that climb resembles a long and tortuous effort. Not unlike Morrison’s appointment of women to his Cabinet — another point he raised.

This may be true for a tiny percentage of women who represent the country’s government executives. Still, many social and economic issues for women who are non-board members (the vast majority) remain unresolved. Women’s Agenda publishes a range of these issues, from sexual assault to women’s career anxiety. As for Morrison’s claims about the gender pay gap, beyond some minor fluctuations, it has sat around 14% for the last three years.

Taking credit for a recent 0.4% drop is hyperbole when you consider it depends:

One doesn’t have to take a human’s claim that falling gender pay gaps are fallacious in a volatile employment economy with stagnating wages. Even internet bots are pointing out the disparity. 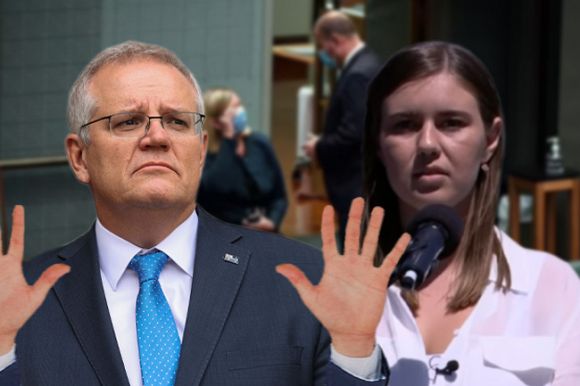 The domestic violence package of $1.1 billion announced by the Minister for Women’s Safety, Anne Ruston, in October 2021 is full of self-congratulatory praise for their “landmark” contribution to DV.

Keep in mind that the DV funding was not considered sterling before this point. Monash University’s assessment in 2020 was that previous funding arrangements for women were woefully inadequate. Although the subsequent $1.1 billion in the following Budget might improve on previous efforts, ‘it does not yet reflect the level of investment so desperately needed to address, interrupt and ultimately prevent what is a national crisis’, according to two violence prevention experts. Other critics have noted it is hardly enough and falls short of the need.

In truth, all this expenditure is a transparent effort to put a bandage on:

But while that was a long sentence, no sentences of any length have been applied to any of the misogynistic male perpetrators responsible for these abuses. 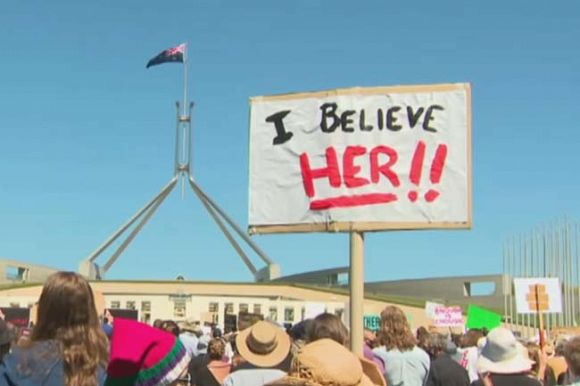 More needs to be done in stopping men from acting out violence against women, rather than focusing on victims.

Despite the massive protests by women over these issues, not even the Minister for Women, Marise Payne, showed solidarity by attending March 4 Justice at Parliament House. And I suspect we all recall Morrison’s bullet point based response in Parliament to that protest.

So yes, Morrison has poured more money into domestic violence, but it isn’t anywhere near enough to deal with the scope of the problem. Yes, employment has risen but so has unemployment amongst women. Yes, the ruling class women at the height of the government echelons have enjoyed more executive work.

But, in contrast, the non-executive women (known as the vast majority or working-class) are still increasingly unemployed, poorly and unequally paid, compared to their male counterparts.

So if this is Morrison’s idea of “action” in response to women’s needs, dare I suggest his “action” is quite definably “small” and “inadequate” to meet the real needs of women in Australia?