Dr Lee Duffield looks at the media circus surrounding the royal death and succession in England, and asks what it might mean for freedom and good government.

CHARLES THE SPEECHMAKER has been having such a mediathon that we need to ask why. His recent speeches have introduced a British patriotic theme, as with the “Mummy” speech in June, flanked by a gigantic national flag. Now, it was natural enough that Britain would come to a standstill over the change of Head of State.

Was it so normal and to be expected to stop the show here in Australia? Twenty-four hours of round-the-clock royalism on ABC television was digestible given the excellence and popularity of the poor woman who passed away and the nominal importance of the simultaneous changing of Australia’s Head of State, Charles III acquiring us as an extra title.

But, after the Queen’s death early on Friday our time, on 9 September, the ABC was still doing the royal panel show at 7 PM on the Saturday, national news time. Instead of our news, “our ABC” put on the proclamation of the King, live, a stereotypically English affair. Couldn’t the ABC at least have pushed this slow event onto a secondary channel?

The days of blanket attention actually soaked up the time of the journalists at the ABC’s London bureau, itself not a good vantage point for watching Europe, especially with the blinding cultural antagonism there towards Europe. 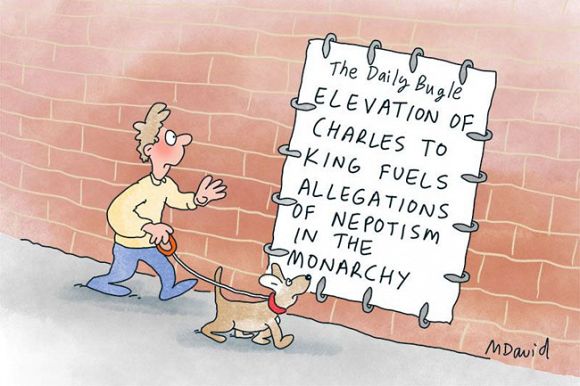 Any news in Australia?

There would have been some Australian news that day and surely some European news in addition to the royalism in the United Kingdom, such as the fresh counter-attack in Ukraine. The BBC sent some of their journalists there.

The ABC instead provided its large dose of “Women's Weekly-ism”, with even the Weekly’s editor on the panel. The ABC might have used more Australian non-journalist announcers since, apart from the Queen’s death, the entire show was pre-set and anticipated, hardly news.

Journalists, deployed on the royal story in force, could then have been freed to find news, even analysis of the British story a bit deeper than the plodding, if colourful, narrative of the King’s succession. (See Insiders of 11 September as a good start – searching and balanced).

With all that pre-setting and pre-arrangement, if not out-and-out media management by a branch of government, what kind of dosage of propaganda is the public getting, how and why?

There is the odd case of SBS television constantly running programs about the British royal family, otherwise English landscapes and trains, the royal servants, security, their country houses and so on. Set up initially as an ethnic network, SBS is now the most anglophile, maybe popular with British migrants, but otherwise, is it today delivering a slap in the face to the ethnic communities?

During the term of the last government, did some sort of advice go out, that the first reference to the Head of State should be “Her Majesty the Queen“, now “King”? They all started saying it, routinely, even in current affairs and the news, instead of simply starting with “the Queen”. The concern is not just that it sounds wordy, fawning and pompous; it is the possible ordering of it.

In 1975, all ABC broadcast staff received a rule book for the death of the Monarch. It prescribed a long time, well over 24 hours as I recall, when only solemn music would be played, nothing else. With no royal health scare in evidence, people suspected a practical joke. Presenters on the new Double J service (later Triple J) had great sport making up their own playlist of sombre rock music. 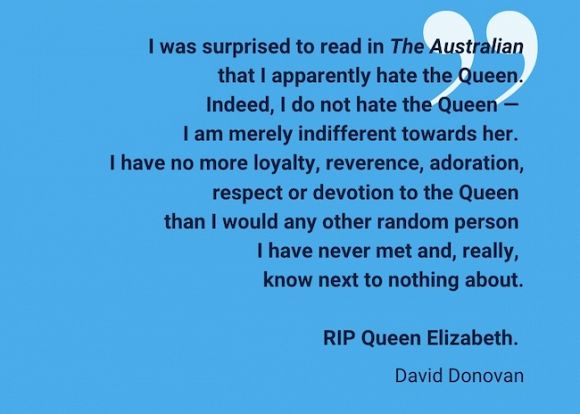 The dark hand of the then Governor-General, Sir John Kerr, may have been present there. He appeared to think of the ABC as an official outlet of the state where he might prompt the management to set out rules. In the uproar leading to his actual Dismissal of the elected Government, the Liberal-National Opposition in the Senate was blocking the supply of money to the elected government of Gough Whitlam.

An order “came down” in the ABC to stop referring to the situation as a “constitutional crisis” — it had to be called a “political” crisis. Word was that it came from Kerr.

He secretly made a plan to dismiss Whitlam, colluding with the Liberal Leader Malcolm Fraser, and getting into some correspondence over the issue of his prerogatives with none other than the man of the present moment, Charles III. Exactly how much Charles knew and whether he nodded demands fresh attention and when journalists get free of their duties, “covering” the ceremonial gun firing, proclaiming, marching and the like, in England, they might start to do more work on this important question: Is Charles III at all prone to behind-the-scenes meddling in politics, even as just a pale shade of his forbear, Charles I?

That man seditiously sought to rule as an autocrat and waged war against the Parliament, himself eventually executed, in 1649. (There was a savagely vengeful reaction when his supporters regained power, but the die was cast and electoral democracy got established.)

What could be at stake here, in terms of direct royal power, if the system should go rogue? Just consider: The British sovereign already has direct links to the secret security services. They are technically head of the armed forces, enough of a reality that in the Australian case, there was concern in 1975 that Kerr might try to by himself impose martial law.

They have wealth and a large budget, as seen in the cost of the current proceedings in London, including the media effort. There are assumed powers, as with the royal mail, law courts and swearing-in of police. The proclamations on Saturday 10 September had the King “agreeing” to issue seals, an evident assertion that ministers in “his” government, including Australian governments, could do their work — if they used his seal.

The sovereign appoints prime ministers and ministers, not necessarily after elections, and signs the legislation they put through Parliament. British “nobles” negotiated a permanent aristocrats’ “voice to parliament”, the House of Lords. All may be well while everybody plays the game but as was seen in 1975, there are assumed “reserve powers” that might conceivably strike against legitimate democratic government. 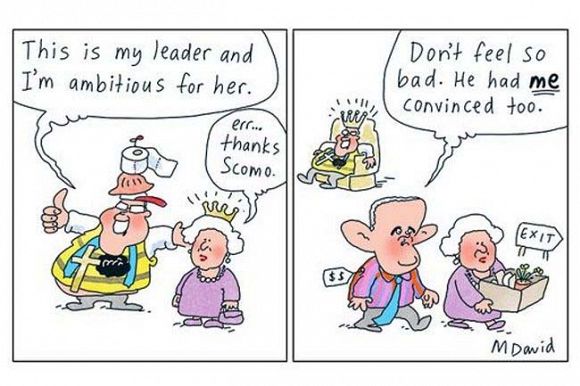 Alternatives? The United States executive presidency, where the head of state and head of government are the same, often as powerful as the legislature, can produce the disaster of a “mad king” — as with Donald Trump. In Ireland, the president is elected and has far more scaled-down powers compared to the British monarch. In Sweden, the sovereign has still less authority, without the authority to sign off on legislation — that is done by ministers. In Australia, the problem might be addressed by the public electing the governor-general, but still without executive authority — that would stay with the parliamentarians.

Many prospective republican supporters in the 1999 referendum said they wanted a president chosen by popular vote; some were perhaps influenced by American television shows, without knowing much about it. They might have been content with a less powerful president — less Trump potential in the formula.

Finally, give due consideration to the fact that good and just leaders, when they come along, in any role, will be a gift to history. So with the Elizabeths in England. Elizabeth I benefited from the consolidation of royal power by her murderous and disgusting father Henry VIII, but knew statecraft, so her long time in office saw the country and the state develop.

She was courageous in war:

“...I am come amongst you... being resolved, in the midst and heat of the battle, to live and die amongst you all...”

Often enough tough and cruel, maybe seeing that as a necessity, she also saw the genius of William Shakespeare and encouraged him. Elizabeth II has had so many words spoken about her, including “wise” (said by the Canadian Prime Minister, Justin Trudeau) and “special” (President Emmanuel Macron of France).

Courageous in war, at a young age, she joined up. A person who was to all appearances dutiful, honest and mature, and there for a long time, she did much for calm and civility in politics and government in an era of exploding change and mounting crisis worldwide. While holding on to hereditary power as she received it, so far as we may ever know, it was not abused.

An extended version of this article is published on EUAustralia.com and subtropic.com.au.