Burning the budgies over U.S. carbon


Tony Abbot made such an ass of himself trying to put one over us with a pensioner’s electricity bill, he’s been on the naughty mat ever since. Thankfully, we appear to have been spared the daily litany of carbon tax misdemeanours, lest we remember his.

But if Mitt Romney wins the U.S. Presidential election in a fortnight’s time, Abbott may well be tempted to make an ass of himself again on this subject.

There’s no doubt a Romney win will signal a return to Bush’s ‘business first, people last’ agenda. He opposes fuel-economy standards, wants to expand tax breaks for big oil companies and wind down investment in wind power; in other words, the same agenda we’d see in Australia if Abbott gets into the Lodge.

But, before the next election, Tony Abbott will need to convince the Australian public to get shot of the carbon tax ― like the Republican-dominated Congress dispensed with Obama’s cap and trade bill. Abbott will likely come up with the same absurd argument he voiced on his return from the United States in July this year, when he claimed:

“The last thing they want to do is damage their competitiveness, score an economic own goal without doing any good for the environment by hitting their people with a carbon tax.”

Well, let’s see how the U.S. is dealing with greenhouse gas emissions since Abbott made that claim.

Notwithstanding a Romney victory and Obama’s cap and trade Bill buried by a Republican-dominated Congress, the U.S. is rapidly decarbonizing its economy. In fact, the U.S. will easily meet its Copenhagen Accordtarget of minus 17 per cent by 2020, based on 2005 levels.

Without a price on carbon, on the other hand, Australia has no hope of meeting even its limited target of 5 per cent by 2020 below 2000 levels.
Surprisingly, two Republicans are responsible for the rush by other states and institutions to leap into the vacuum vacated by Washington on climate change leadership:  disgraced President, Richard Nixon, and former Californian Governor, Arnold Schwarzenegger.

Following the Governator’s bold Global Warming Solution Act 2006, California is on track to reduce greenhouse gas emissions by 2020 to 1990 levels, and an impressive 80 per cent from 1990 levels by 2050, matching U.K. and German targets.

As the eighth largest economy in the world, California is big enough to qualify for a seat on the G20 in its own right and has the power to galvanize action beyond its borders.

Referred to as ‘the California effect’, carbon trading is now operating in sixteen U.S. states through the Regional Greenhouse Gas Initiative, Mid-Western and Western GHG trading schemes. California is also developing a joint cap and trade scheme with British Columbia, Ontario, Quebec and Manitoba through the Western Climate Initiative.

But the largest share of the credit for decarbonizing of the U.S. economy should go to Richard Nixon.

During his administration, President Richard Nixon (1969-1974), delivered a raft of environmental legislation. It included the Environmental Protection Agency (EPA) and the Clean Air Act. 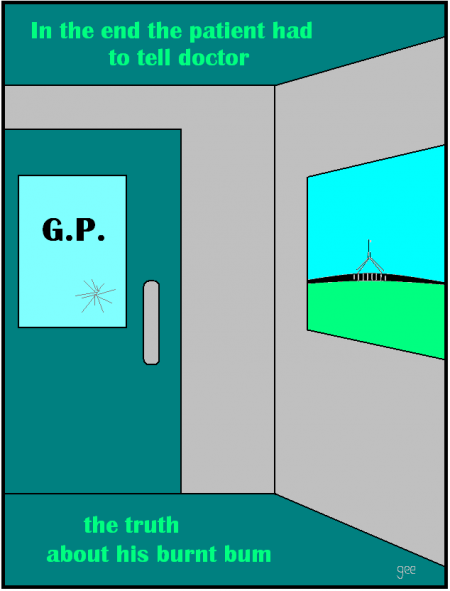 The EPA, not Washington, will micromanage the move to a low carbon economy. The landmark 2007 Supreme Court ruling that CO2 was a ‘pollutant’ and a threat to public health under the Clean Air Act – thereby qualifying it for regulation by the EPA – was upheld in June this year by the Court of Appeals.

Unlike Australia’s state-run, toothless, EPAs, the U.S. EPA will do most of the heavy lifting. The Clean Air Act limits carbon emissions to 1,000 pounds of CO2 per MW hour of power produced. Emissions standards also apply to other industries, as well as cars and light trucks.

As the economy transitions to low carbon, forward thinking energy companies – such as Exelon and NextEra, which had moved to natural gas – look set for big gains, whilst those who generated most of their energy from coal will be the losers.

Exelon and NextEra are both members of U.S. Climate Action Partnership, a coalition of energy corporations and environment groups endorsing cap and trade legislation.

Another factor driving change is the current devastating drought. This year’s drought is breaking all records. Bloomberg Businessweek warns of the rising cost of food:

‘The drought gripping more than half the country is a major reason why consumers can expect to pay 3 percent to 4 percent more for groceries next year.’

The Australian drought certainly galvanised public appetite for action on global warming back in 2007. A Lowy poll that year showed over 65 per cent of Australians saw global warming as a serious and pressing problem, requiring action, even at a significant cost.

Like the Australian public, the majority of Americans want action on global warming but, as we saw in Australia during the Howard government years, it was vested interests, rather than public opinion, that drove his agenda.

Punters are placing bets on the inventiveness of another formidable player in the race to stop irreversible global warming ― the powerful U.S. military. 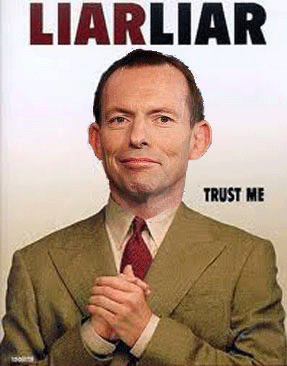 In its 2010 Quadrennial Review, the U.S. Department of Defense identified the links between climate change, energy security and economic stability. It regards climate change as a ‘threat multiplier’ and energy efficiency as a ‘force multiplier’.

The U.S. military is scaling up investment in energy efficiency, assessment tools and renewable energy projects for all its installations.

Having declared war on carbon, the U.S. military may remain the word’s best hope of preventing irreversible global warming.  One of the most profound technologies of our time was invented by the U.S. Department of Defense during World War II – the computer.

This invention led to another extraordinary human achievement – the internet.

If Tony Abbott wants to avoid making an ass of himself again, he needs to remember that the information highway is now at everyone’s fingertips. Telling porkies about how Americans wouldn’t kick an own goal by implementing an exit strategy for coal is easily debunked by just a quick surf on the internet.