The Queen: Australia should become a Republic

In a wide-ranging address to cap off her Diamond Jubilee, Queen Elizabeth II has declared that it is time for Australia to become a fully independent nation. 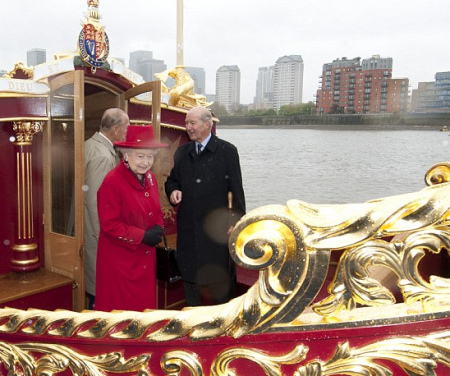 In the closing address to her Diamond Jubilee celebrations, in a very personal section of her speech delivered specifically to Australians, Queen Elizabeth II has shocked some in British establishment circles by declaring Australians free of any loyalty towards "the British Empire”.

“Over 200 years ago, we sent your vaguely disreputable Cockney antecedents to the ends of the earth to live in filth and, we thought then, perhaps to eat each other,” said the Queen, in a speech delivered on a streamer festooned barge floating in the middle of London's Thames.

“But, somehow, that did not eventuate,” she said.

“If anything, it is now we in the British Isles who look to you Australians with envy — for your pristine beaches, fresh seafood and remarkable facility at sporting endeavours.”

“And, as for your economy,” added the Queen, “while ours is smegmus horribilus; your appears to be totally raking it in up one’s clacker.”

The Queen said Australia deserved to be a republic.

“I love Australians and Australia,” said the Queen, “and I don’t understand why you can’t have your own country.”

The Queen also said that she and her husband, Prince Phillip, had both thought Australians were “completely mad” in 1999 to not to become a Republic at the referendum on this issue.

“I also tried to tell your Prime Minister – whom I understand is also Kath from the television programme Kath and Kim – I wanted you all to move out in 2010 at the Royal Wedding but, oddly, she didn’t seem at all interested,” said Her Royal Highness.

Her Majesty ended with a message for monarchists.

“I know you think you are doing me a favour,” said the Queen, “but please don’t bother.”

“I would prefer Australia to be a Republic, as the long flights play havoc with my joints,” she said.

“And, I'm sorry, having to meet up with that David Flint every time I turn up in Australia drives me completely up the wall.”

“One does not need to have sunshine blown up one’s posterior by some mealy mouthed sychophant only interested in a knighthood.”

“Even if one still had the power to award one to one, one would never award him with one,” said Her Highness.