The Commonwealth Games wound up on the weekend on Queensland’s Gold Coast and produced a familiar mix of celebration about the good vibe and bitching around the fringes.

Media editor Dr Lee Duffield says top-level sports events like the Commonwealth Games can be seen as part of a worldwide festivals movement, while still picking up bad press among non-sports followers.

MANY THOUSANDS WENT to the 2018 Commonwealth Games and had fun: 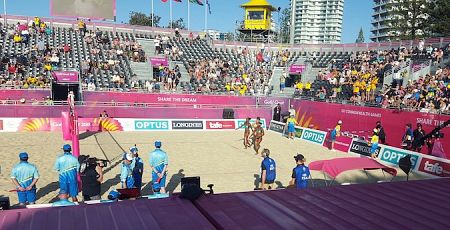 Action on the field, Vanuatu women going for their Bronze in Beach Volleyball at Coolangatta (image by Lee Duffield).

It was not quite the Falls Festival, or Bluesfest and Splendour in the Grass at Byron Bay, just down the road from the Gold Coast. It had a different following and definitely a different genre of performance, but still, it moved in step with the growing cultural habit of going off for a break and congregating in large numbers.

In terms of the competition, did Australia “win” the Games by getting the most medals and dominating also when the scores are weighted toward the pre-eminent value of gold medals?

Some back-of-the-envelope calculations, represented in the table below, show that actually, while Australia did get the most medals, Britain, as represented at the Olympics, would still have been first — ahead of Australia, as in the last two times at London and Rio de Janeiro.

That conclusion is reached by adding up medals obtained by England, and its vassal states Northern Ireland, Scotland and Wales, plus the Isle of Mann, which got one silver — total for the group, 229, against 199 for Australia (including a bronze for Norfolk Island). This should be refined by recognising the doubling-up that the British teams were able to do in certain events, which is not possible at the Olympics.

Certainly, when it came to the crucial gold medals tally the Australians came out dominant; not exactly outright winners, but close to it in some quarters. Altogether 43 countries won medals, there were 275 gold medals, 80 won by Australians, 65 by the British.

To add some interest, the figures here are given a nominal categorisation into regional groupings (a bit distorted in places). For example, with the domination of Aotearoa New Zealand in the “NZ and South Pacific” group, India in “South and South-east Asia”, or the Republic of South Africa among African countries. Some points to notice: performances by the small country of Cyprus with eight gold medals out of 14 in total and Malaysia as a sporting country with seven gold medals out of 24.

The cost of the Commonwealth Games was obvious to anybody on the scene with the Queensland Government, alone, putting up some $1.5 billion to $2 billion. Therefore, things had to go smoothly — ample security to ward off potential terrorists and any misbehaviour by patrons, free trains and trams, free entertainments out on the beaches and online ezyTicketing. 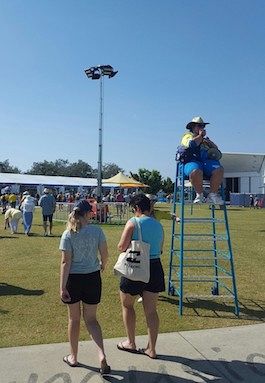 As is usual for Games, complaints or negatives were taken up to colour the news feeds.

None of that challenges the idea of Australia being a great sports country and also being a wonderful, good country because it can afford to run events like Gold Coast 2018 — and can manage it well. Yet there is opposition to sports whether a participation activity or a grand scale fetish built up around professional elites, sometimes to the point of loathing, which is not hard to find. 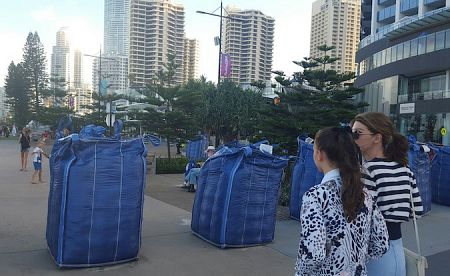 Anti-terrorist bollards, even large groups of drunks found them hard to tip over (Image by Lee Duffield).

What are the grounds for loathing the Commonwealth Games? 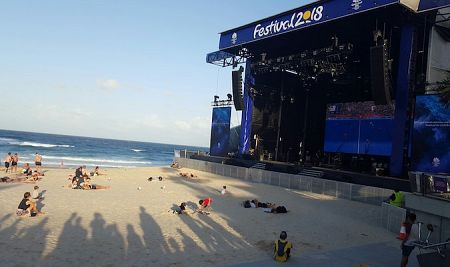