The Everingham files: The Indonesian interceptions

Translation of telephone call from First Lady to Indonesian Ambassador

I was worried when I heard that PM Abbott was once a priest. But I hear from someone in the Australian Embassy he is happily married and has three daughters. I can, without any worries, introduce him to the grandchildren.

This boat people thing is going in all directions and getting nowhere. In the name of Allah – may His name be praised – what kind of people are we dealing with in Canberra?

Who thought up the crazy idea that buying our fishermen's boats would halt the migration of asylum seekers? Don't those clowns realise the money they get will buy bigger, better and safer boats and the numbers will increase.

Will you tell Mr Abbott and Miss Bishop (not the Speaker, the foreign  minister) that they had better get rid of the insane idea that I will take kindly to the towing of boats  to our shores.

[Laughter] Bishop and Abbott ... is this new government down there some kind of church?[Louder laughter] 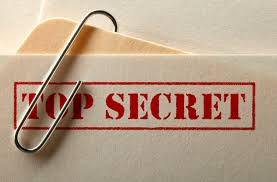 Translation of another call to the Ambassador later that day

I caught that idiot Morrison on Sky News holding a media conference but refusing to answer any questions from the media pack. I was hoping one of them might ask him what day it is and hear him say "I don't have that information in my folder".

And while I have you on the line, Ambassador, can you send me a backgrounder on General Campbell? He looks as though he'd rather be fighting the Taliban than trying to make Morrison look credible.

What's  this crap coming through on the cables that the Australian Embassy is bugging our telephones. You had better get out of Canberra and come home so we can discuss this sorry mess in private.

Meanwhile, I have ordered extra staff to be put on our team bugging Abbott's and Morrison's phones — not that we are learning anything. All Abbott is doing is screaming like a banshee at Morrison and the last translation I got gave the impression that Morrison is heading for a job on Australia's War Graves Commission.

Can you check that out?

If it's true, we will announce it from here. [Laughter]

*Barry Everingham was the recipient of a parcel of copies of letters John Howard wrote to Queen Elizabeth while he was Prime Minister. They were subsequently published by Hardie Grant in 1974 as The Late-Night Correspondence of John Howard as Discovered by Barry Everingham.