To say the political class presents with bountiful fodder for the satirical pen is akin to stating John Howard won’t get the gig as Chris Hemsworth’s body double in the next Thor movie.

For one, I was to begin another skewering of Scott Morrison. My phone rang. Asked what I was doing, I boldly stated to my friend I was planning another satirical look at "not my job" Scott. That started a tsunami of announcements from me to everyone I know that another Morrison article was to take shape.

Phone calls, text messages, emails, pronouncements on social media. I proudly announced I had planned an article on Morrison and it was on its way. The only problem being I never actually got around to doing it. Couldn’t get past the planning stage. Such is life.

Deputy Opposition Leader Sussan Ley is another charmer worthy of attention. A potpourri of possibilities abound. As chance had it, a colleague invited me to pogo stick from Melbourne to the Gold Coast with him just as I was to begin my Sussan article. It was a no-brainer. Pogoing to the Gold Coast appeals over having to think about Sussan Ley.

Two weeks of solid pogoing got us to our destination. Once there, I thought it a good idea to pop in and check out Ley’s apartment; the one just around from her hubby’s workplace, bought on a whim, off a Coalition donor. 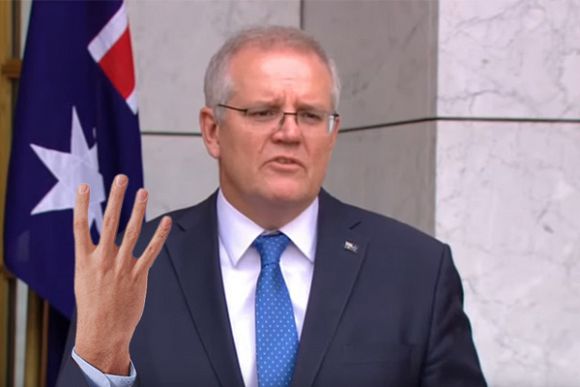 From what I could see, great apartment. All the lights were on; I could hear the air con whirring; see the 98” TV was on. Funny thing. No one was there. Found out later Ley was addressing St. Hilda’s School, (a private girl’s college) on the importance of finding the right husband.

An hour before I was to begin my article on Opposition Leader Peter Dutton, the man who is not a monster (just ask him) a dear friend gifted me the book Potato Blight: The black scab devastation of the Polish potato crop of 1632. I do admit to thoughts a novel of 260,000 words on such an obscure topic appeared a tad excessive, but I found it a welcome respite from writing an article about "Potato Pete".

Nationals MP Bridget McKenzie is a one-woman smorgasbord for any satirist. I literally had a pen in hand when I received a call. “Come up to Nimbin. I’ll pay. Great weeklong workshop on the healing powers of colours,” the caller said. An offer too good to refuse. A week away from Melbourne’s windy winter; not having to pollute my mind with thoughts of good ol’ clay duck shooting Bridget, or a week under balmy evenings studying the power of different colours? Sorry, Bridget, you’ll have to wait.

If ever there is a man you should make time for, it is Scott’s little friend, fellow rapture whiz, Liberal Stuart Robert. I had set my clock to a certain time, once reached I was to begin the Robert article. As luck would have it, an ad for a watch-making course popped up on my feed. Two-week intensive course on watchmaking, and how to recognise a fake from an authentic watch, such as a Rolex. Making it an even more attractive proposition was that the government would pick up the tab for the course. Hence, no article as yet on Stuart Robert.

Like any self-respecting satirist, I had former Nationals Leader Barnaby Joyce in my sights. Didn’t get it done. I was too hungover. When I read back what I had written, it just didn’t make any sense. Bye-bye Barnaby.

Kept putting an article on former MP Tim Wilson off for months and months. Finally got around to writing a piece on his devout spiritual streak, and his desire to turn a person’s visitation of our parliamentary building into an experience where they can walk away saying they know it in the biblical sense and what happens? He loses his seat in Parliament. 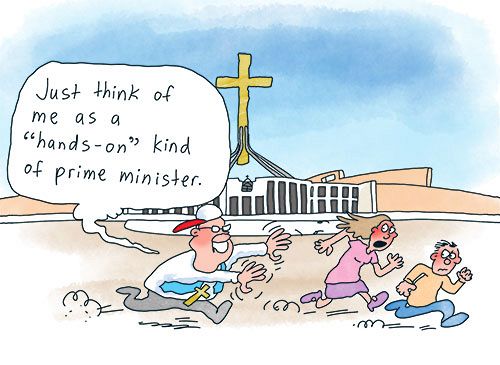 Shadow Minister Angus Taylor, what a great guy. With his ability to acquire a government grant it’s a pity he’s not in our Arts Community. He could have won a substantial grant for a water installation somewhere. Just about to draft an Angus Taylor article, an old school buddy pops over and suggests a bit of water skiing. With Angus and water in mind I convinced him we should ski on water Angus has provided. We gave up after three weeks of searching and not even finding a drop.

I felt it prudent to study up on Liberal's new high flyer Hollie Hughes. I read Hollie’s autobiography I’m not a Marxist, are you? 100 telltale signs a Marxist leaves and the advantages of homeschooling because of all the Marxist teachers spewing their Marxist propaganda at our kids.’

Not a bad read, but I still felt I didn’t know enough about her. I travelled, at my own expense, to her electoral office in Sydney, hoping to meet her. No luck. The day I was there her staff informed me Hollie was at a day-long rehearsal with her new band, a Bronwyn Bishop Tribute band called Madame Speaker and the Pearl Set.

There it is. My mea culpa for my stilled and silent pen.