More than half the veterans returning home from Iraq and Afghanistan have medical and mental problems that need treatment, writes Eric Newhouse. 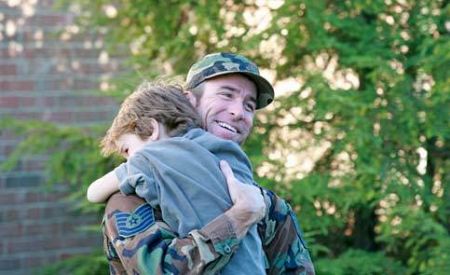 More than half of America's former warriors are returning home from Iraq and Afghanistan with medical and mental problems that need treatment, according to new statistics from the Department of Veterans Affairs (VA).

But they're surprising numbers, in some ways.

While they bear out the controversial 2008 Rand Report that one soldier in three will return home with post-traumatic stress disorder (PTSD), major depression and/or traumatic brain injury (TBI), the TBI component is dramatically less than predicted.

By last June, Batten said, 1.3 million of the two million-plus soldiers serving in Iraq and Afghanistan since 2002 had left military service and were eligible for VA health care. About 700,000 of them (53 per cent) have sought health care from the VA.

While this reflects the difficulties facing today's vets after 24-7 combat and multiple tours of duty, it also reflects the new resources provided the VA by the Obama administration. The president's 2012 budget request for the VA was $132.2 billion, a 23 per cent increase since he took office in 2009. That's even more remarkable, considering the collapse of the economy in that period.

But it's still not enough, according to Mike Zacchea, a Marine Corps lieutenant colonel now retired on a medical disability after serving in Iraq, and a staunch member of Veterans for Common Sense.

"Wait times for VA treatment are still way too long," Zacchea said last week. "And this is just the beginning. The VA is going to be overwhelmed by vets from Iraq and Afghanistan for health care, and if the VA can't handle the demand it has now, it's going to be powerless against the tsunami that's yet to come."

Among the returning soldiers, the main complaint was joint pain (neck, back, hips and knees), all consistent with the kinds of injuries you would expect to find among soldiers with heavy packs jumping in and out of big trucks, said Batten. The VA has treated 396,552 vets for musculoskeletal complaints, about 30.5 per cent of the returning soldiers.

But the second largest complaint has been with mental health issues.

According to the VA's not-yet-published statistics, 367,749 Iraqi and Afghan vets have sought mental health care treatment. That's 51.7 per cent of the total caseload - and also 28.2 per cent of the returning 1.3 million vets - a number that's sure to grow larger as those who returned home recently begin acknowledging cases of delayed PTSD. It's common for vets not to begin experiencing combat stress until after the euphoria of being home has waned, typically six months to a year or more.

The VA's real surprise is the low number of diagnoses for traumatic brain injury (TBI), which has become one of the signature injuries in the Iraqi/Afghanistan conflict due to the large number of roadside bombs, mortars and rocket-propelled grenades. 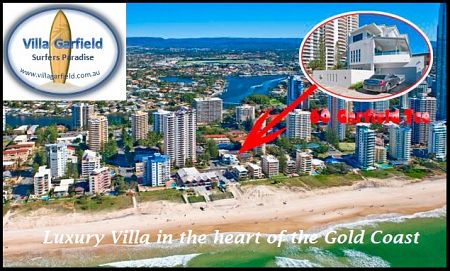 Four years ago, the Rand Corp. interviewed 1,965 vets and projected that 19 per cent (about 320,000 soldiers at that time) would experience a probable TBI while overseas. But the VA says only 54,070 vets (a little over 4 per cent of the returning vets) qualified for that diagnosis.

"That's absurd, preposterous, erroneous," snorted Zacchea, who survived a bomb in a mess hall, almost daily sniper attacks, mortar attacks on his unit's convoy, and a rocket wound during intense combat in Fallujah in 2004/2005. All of those took a huge physical and emotional toll on Zacchea.

As of last June, the VA had data on 544,481 vets whose brains might have been affected by battlefield explosions, according to Dr David Cifu, national director of the VA's Physical Medicine & Rehabilitation program. Of that number, he said, "19.8 per cent have screened positive for a mild TBI (concussion), that is were exposed to explosions that might have caused traumatic brain injury.

"When those 19.8 per cent of veterans were evaluated by one of the 100 TBI specialty teams across the nation, approximately one third (or 7.8 per cent of the original 544,481) tested positive for TBI with persistent symptoms," said Cifu. "Another approximately 2 per cent were found to have a TBI that pre-dated their military service. Those two figures (the 7.8 per cent plus the 2 per cent) add up to 54,070 veterans."

The difference, said Cifu, is that the Rand Report used the total number of injuries as its TBI figure, while the VA used only the number of vets still showing TBI symptoms a year after their injuries.

"The Rand Report was pretty accurate on the number of those who may have had injuries due to a blast, but didn't take into consideration that many of those may have injuries that will fairly quickly get better over time," said Cifu. "We know that up to 97 per cent of those who experience concussions are normal without symptoms within a year. So we're tracking just the people who continue to have difficulties."

But Zacchea charged that the VA is trying hard to deny this disability. "Today's cutting-edge neurology is that any symptoms that last longer than two weeks indicate traumatic brain injury," said Zacchea. "They're using the one-year time frame because that benefits them, but that's just medieval."

Zacchea said he was quickly diagnosed with PTSD after returning from combat, but that he had to fight for his TBI diagnosis. "They wouldn't even let me see a neurologist," he said. So, he took his case to the Yale Medical School, got a private diagnosis of TBI and challenged the VA to disprove it. After a number of verification tests, he was finally granted a TBI diagnosis by the VA in 2008.

His ongoing symptoms include migraine headaches, sensitivity to light and noise, and loss of fine motor skills. "My fingers are numb, and I'm always dropping things," he said. "I have difficulty tying my shoes so I usually wear slip-on shoes." He also has a distinct taste in his mouth. "I've lost most of my taste sensation," he explained, "so I put hot sauce on pretty much everything."

A new book, "The Concussion Crisis," concludes that even minor concussions repeated regularly can be harmful, leading to impaired cognition and, ultimately, early-onset dementia among athletes such as boxers and football players, as well as among soldiers. In reviewing the book, Connie Goldsmith wrote: "There is no such thing as a minor concussion. Every concussion is a potentially devastating injury. These stories focus on concussions among athletes of all ages, as well as concussions among soldiers and victims of auto accidents. Some of the stories are heartbreaking: adolescents who suddenly die after what appear to be minor head injuries; boxers and football players with early-onset Alzheimer's disease and dementia; and returning veterans left to wander through the medical system seeking treatment for their unrecognized or misdiagnosed concussions."

Dr Allen Brown, head of the Mayo Clinic's Brain Injury Unit, defines a TBI as an external mechanical force impacting a body and creating a brain injury. Thus, by definition, every concussion is a TBI and should be part of the medical record.

But in the civilian world, he said, only about 8 per cent of brain injuries are severe enough to be labelled a "definite TBI," as opposed to a "probable TBI," which is milder, or a "possible TBI," which is symptomatic. A "definite TBI" involves any of the following: loss of consciousness for more than 30 minutes, post-traumatic amnesia for more than 24 hours, significant loss of motor skills as measured on the Glasgow Coma Scale or intracranial bruising or bleeding.

Brown agreed with Cifu that "an overwhelming majority" of brain injuries resolve themselves, although repeated injuries increase the risk of significant damage. "It's pretty clear to me that the cumulative effect of any injury increases the risk for secondary problems, including repeated TBIs that could lead to loss of cognition later in life," he said last week. "It may not happen in every case, but the risk is whoppingly high." And he called the disparity between the Rand Report and the VA's definitions of TBI "one of the most argued-over controversies in medicine."

(Pulitzer Prize-winning journalist Eric Newhouse is the author of "Faces of Combat." He also writes a blog, "Invisible Wounds," on vets' mental health issues here. This story was originally published in Truthout and has been republished  under a Creative Commons licence.)