SUBSCRIBE   DONATE LOGIN SHOP
SUBSCRIBE   DONATE
Wanted for Robodebt crimes: Morrison, Tudge, Robert and Co
The Commonwealth Bank's illusion of ethics
Why privatisation of the NBN would be a good thing
Get a Mark David T-shirt!
An elegy to masks and why mine stays on
Health

CSG is destroying the iconic Darling Downs along with residents' health

New York's acting Health Commissioner wouldn't let his family living in the vicinity of fracking, and our health specialists are warning the Palaszczuk government that ill health reported by families in Queensland's gas fields can no longer be dismissed. Lachlan Barker investigates.

THE DARLING DOWNS west of Brisbane was one of Australia's most fertile cropping regions. Blessed with fruit cake rich, black alluvial soil and voluminous rivers carrying precious sweet fresh water to the farms, the Downs was a food bowl of Australia.

However, since Queensland governments of both stripes let the gas industry in – supported by fossil fuel-loving federal governments in Canberra – the Downs are being destroyed at a rapid rate.

The gas industry destroys all mediums of life, air, water and land, and the stock, grains and residents of the area are now feeling the sickening affects of this industry.

Dr Geralyn McCarron, a Brisbane based doctor, did a study with the residents of Tara. She surveyed 113 people, from 38 homes and found 58 per cent of those surveyed reported health impacts.

Dr McCarron reports that symptoms of gas field life include headaches, nosebleeds, eye irritation, skin irritation and rashes, nausea, metallic taste, anorexia, chest tightness and coughing. Residents interviewed by Dr McCarron reported that if they left the gas fields for a holiday, for example, these symptoms cleared up, but reappeared on their return.

As Dr McCarron says in her YouTube presentation, residents in the Western Downs are effectively living in a giant gas processing plant. 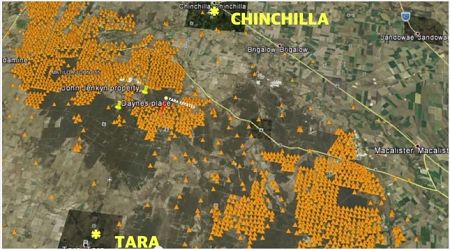 Gas wells near Tara and Chinchilla

An horrific example of this is Dan (pictured below). He was a vigorous 73-year-old until he moved into Tara. Then, as his wife Di told me over the phone, he contracted Microbacterial Disease, and his health went rapidly downhill.

Di has no doubt that the all-encompassing pollution from the CSG industry led to Dan contracting this disease, said Di:

“The specialist told me Dan got this from the air, the soil and the water. Our tank water isn't drinkable, and when we asked the gas company what they were gonna do about this, they just ignored us.”

“The docs told us we had to move closer to the hospital, but the gas company wouldn’t buy our land, and we can’t sell it. No-one will buy a contaminated property like this. So now we are just stuck here, prisoners on our land thanks to CSG.”

Origin and QGC are the two companies that Di is taking aim at here. These two companies are making Di and Dan’s life hell and not giving a damn who they destroy in their quest for profit. 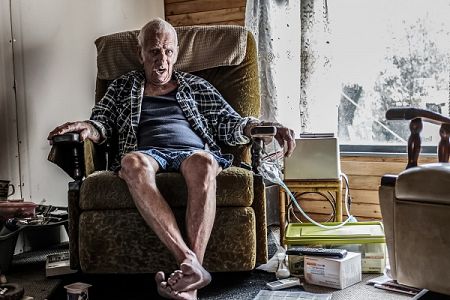 Dan from Tara. In October 2014 he was a vigorous healthy retiree. In the past 6 months he has lost 25 kgs. Photo: Luke Henery

So clearly, the Downs have a problem. But, as ever these days, the governments of the land can only see money — money from mining royalties for their precious "surpluses", and the corrupting influence of campaign funds, mining having been a major donor to both Labor and LNP governments, but especially the LNP.

Federal industry minister, Ian Macfarlane described Australia as an “energy superpower”, and identified: “onshore gas reserves as an important energy source,” so clearly no help there.

For the record, only 3 per cent of employed Queenslanders work in mining, gas being a subset of that.

However, I contacted the Queensland environment minister, Steven Miles, to ask if he was planning to do anything to reduce, or better still remove, the CSG industry from the Darling Downs. He ducked the question by handing it over to department officials. The departmental response was:

‘The Queensland Government supports the resources industry, including the CSG industry, however acknowledges the industry’s potential to affect other industries such as agriculture.

The CSG and agricultural industries can co-exist and a Gasfields Commission was formed to manage and improve the co-existence of rural landholders, regional communities and the CSG industry.’ 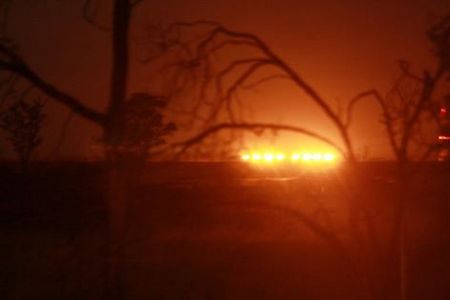 Flaring goes on day and night. This Origin flare woke Tara resident John at 2am. As John told me "when it’s not burning, it’s releasing raw gas". Photo: John Jenkyn

The gasfield commission, by the way, does little more than provide PR for the CSG industry, such as advising the gas companies to keep the community informed of things like flaring for instance. I can assure you the residents of Tara and Chinchilla know when the companies are flaring by the roaring noise at the time, and the greasy black film that settles on the land, air, cars, properties, houses and water afterwards.

The Gasfields Commission certainly doesn't do anything useful like stopping the flaring.

So there is NO co-existence with CSG, a point Dr McCarron returns to below. Example after example has shown that nothing can co-exist with mining, once the gasfield or mine moves in, every other industry – and resident, if they can afford it – has to move out to survive.

The final word is left to Dr Geralyn McCarron, a tireless worker for the health of the people of the Darling Downs. I asked her what she would like to happen next. This was her response:

“I would like Premier Palaszczuk to show true leadership and put the health of Queenslanders first. No longer can the ill health reported by families in Queensland’s gas fields be dismissed as merely anecdotal.

Co-existence is a failed experiment, and throughout the terms of the Bligh and Newman governments, the noses of the children in the Tara gas fields continued to bleed.” 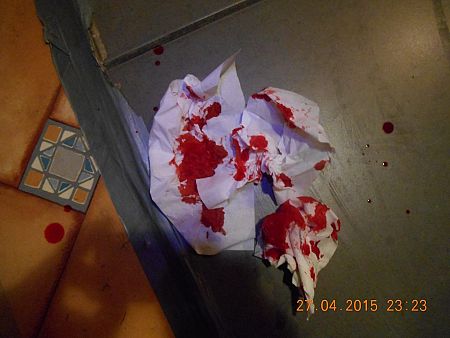 Local resident, John, woke in the night with nosebleeds, thought to be caused by gas emissions from nearby wells. Photo: John Jenkyn

“I asked myself, ‘would I let my family live in a community with fracking?’ The answer is no. I therefore cannot recommend anyone else’s family to live in such a community either.”

For more insights into government neglect on environment and health, subscribe to IA for just $5.