Why is there a loophole allowing alcohol to be advertised during children's viewing times during live sports broadcasts? Lachlan Barker reports.

This all started for me during the Aussie Rules grand final of 2013.

I was watching the game with the commentary muted, whilst listening to HG and Roy's usual funny call of the game in ABC News Radio.

But then my enjoyable afternoon came to a clattering halt when an alcohol ad appeared on my screen, about 4.30pm.

I said to myself:

I knew this from a recent fracas I had had with Channel Ten over those annoying promos that appear in the corner of the screen while you are watching your favourite shows.

So I grumped through the rest of the match and, when Monday came, I went into my office and checked my notes.

Sure enough, the ad had appeared in childrens’ viewing times, as this grab from the Australian Communication and Broadcasting Authority website shows. 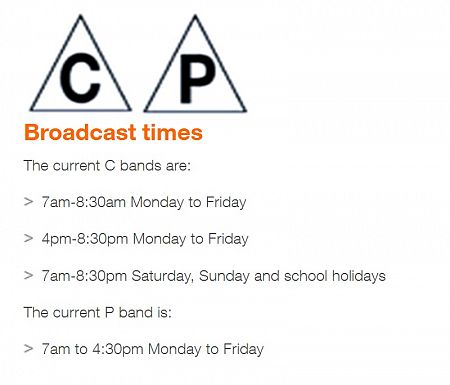 Also, from the same website, is this grab showing the rules that apply to childrens' viewing times. 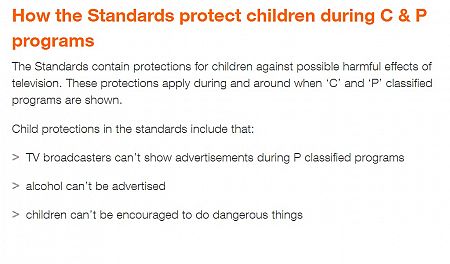 So, with my facts checked, I sent an indignant email to ABC Media Watch, asking if they could do something to bring Channel Seven to book.

I received a shock when the helpful staffer there replied, saying:

"I'm sorry, Lachlan, but I believe there is a loophole that allows them to show alcohol ads on weekends if it is part of a live sport broadcast."

I got some info from her and went and found the loophole; it is on the FreeTV website and here it is:

I was astonished – literally floored – that this was all it took – 16 words – to effectively remove any advertising quarantine from chlidrens' viewing times.

To my way of thinking, this was like saying:

"Tax evasion is illegal — but if you do it in September, then it's OK."

I should point out now that I don't have children, but I am a recovering alcoholic and haven't had a drink for 14 months at the time of writing this article, and so those ads were something I could do without.

However, with the footy finals over, I thought I could live with it, but then cricket season came around and the problem went from annoying to downright frightening.

The footy matches go for two to three hours, but the cricket lasts all day, for five days in a row, with usually five to six test matches a summer — a possible total of 210 hours of live sport, liberally, copiously replete with ads for alcohol.

What's more, when the test is in the eastern states, the broadcast starts at 9.30am, and goes till six pm — and thus the first ads for alcohol appear at while your still drinking your morning coffee.

Now, I never listen to the numbskulls on commercial TV who commentate on the cricket, but instead listen to the ABC radio call while watching the pictures with the sound off — but even so, the sheer volume of ads for alcohol was enraging, and exceptionally stressful for me as a recovering alco. And I have no doubt it was just as stressful for any parent watching the game with their underage son and/or daughter.

Then, at about the same time, January – the height of the cricket season – I wrote an article for my blog, entitled Frustrated Rage Over Alcohol Advertising, because a series of terrible incidents of alcohol-fuelled violence occurred on our streets, with one death occurring.

And so it seemed clear to me that part of the problem with this violence was that we were encouraging viewers, mainly men, to start drinking at 9.30am on Saturday morning. Was it any wonder, then, that we were going to have trouble on our streets at night, with people loose about town after drinking for the past eight or nine hours?

So I contacted, the NSW Premier, Barry O'Farrell; the Queensland Premier, Campbell Newman; the Prime Minister, Tony Abbott; the Communications Minister, Malcolm Turnbull; Channel Nine, who broadcast the cricket; and the beer company that sponsors the cricket — asking all of them if anything would be done about alcohol advertising, with a view to ending alcohol-fuelled violence.

The only one who replied with any substance was Malcolm Turnbull.

Turnbull stated that there had been a recent inquiry into this, which had closed in July 2013. So clearly, the report – the final draft of which will be released in the second quarter of 2014 – did little or nothing to stop the relentless avalanche of alcohol ads that I suffered through during the cricket season.

However, my little ant like voice on my blog was obviously part of a wider community scream of outrage and a new body weighed in ― the Australian National Preventive Health Agency (ANPHA). 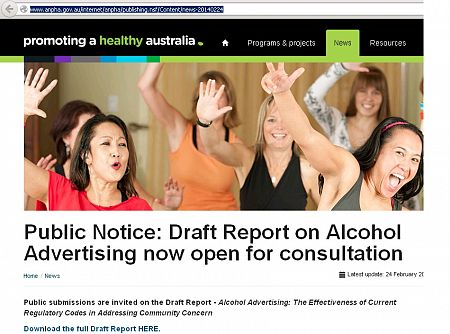 ANPHA announced an inquiry into this very topic. You can go to the link and make a submission if you wish.

Submitting is simple – there are no twenty page PDF files to fill out – simply download the email cover slip, in which you provide your name and email details, then write a simple email and send to this address: alcoholadvertising@anpha.gov.au.

I've checked the submissions on the ANPHA website and they are running about fifty-fifty ― for and against removing alcohol ads from childrens' viewing times.

But then I remembered the current Government's way of doing things.

If an organisation is seen as standing in their way, they simply withdraw funding ― and so I predicted late last week that if ANPHA returns a report saying that alcohol ads should be removed from childrens' viewing times, the minister responsible – probably Fiona Nash – will drop the axe on them quicker than it takes for the ink to dry on the report.

So, with that prediction made by me last week – on Friday, February 28 – what did we learn on the weekend, March 1?

That Fiona Nash has axed the Alcohol and Other Drugs council, read Dan Harrison's story here.

She claims 'duplication' ― meaning there are too many organisations working on the problem of drugs and alcohol(!).

I encourage you, whatever your views, to take up the offer to submit to ANPHA about alcohol advertising ― but be ready for the organisation to be swinging from the gibbet if they dare to recommend that we remove, or even curtail alcohol advertising during childrens' viewing times. 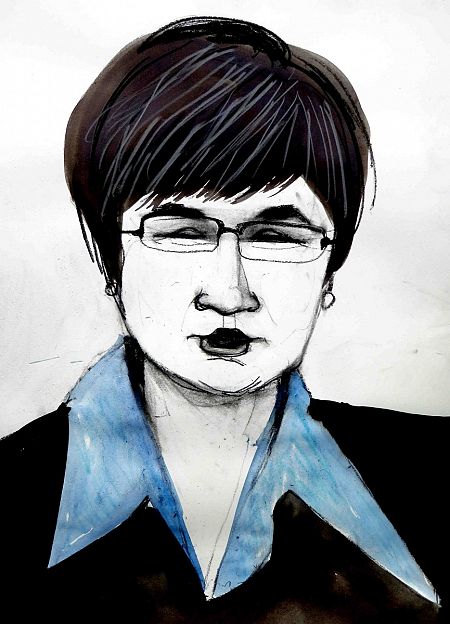