How to cut our GHG emissions by 9.37% - Independent Australia's plan

As there is approximately 7500MW of excess power in the National Electricity Market (NEM), Lachlan Barker has come up with a plan how this could be withdrawn without any interruption to supply. Result? A reduction in Australia's GHG emissions of 9.37% — almost double the current federal target.

WHILE RESEARCHING a story on Anglesea Power Station in Victoria recently, I had cause to make contact with a helpful analyst at Environment Victoria, Dr Nicholas Aberle. We discussed Anglesea and the appalling pollution that is going on down there on Australia's popular surfcoast. You can read the full story here by IA's deputy editor, Sandi Keane. However during our discussion, Nick told me that the worst part for the citizens of Anglesea is that the power from this station is not even needed.

I asked him to expand on this point, and he directed me to the Australian Electricity Market Operator (AEMO), and there I saw what he meant. For AEMO’s analysis is that there is approximately 7500MW of excess power in the National Electricity Market (NEM), which could now be withdrawn with no interruption to supply.

It says in AEMO’s executive summary:

Now in a sane, ordered society, governed by rational beings, the powers that be would be champing at the bit to shut down pollution sources as soon as it was practicable.

However, Australia is (sadly) anything but that these days, with the fossil fuel loving Abbott government in Canberra and the equally coalphilic Baird government in NSW, and so we are still waiting for someone, somewhere, to shut down a coal fired power station for pollution reasons.

Power stations have been shut, but none for pollution reasons. In NSW, Wallerawang and Munmorah stations were shut due to dwindling demand leading to falling profit, while Redbank was shut by receivers when the operator went into receivership — again a symptom of dwindling demand/profitability issues.

In Queensland only (as far as I can ascertain), Collinsville has shut down. It was to be converted to solar but that project was abandoned, most likely due to the scrapping of the carbon tax and the winding back of the Renewable Energy Target (RET).

In Victoria, Yallourn units A, B, C, D and E were shut down, but only because the new and enormous Yallourn W brown coal fired station was built to replace them.

So no coal stations shut for pollution and/or greenhouse gas emissions and/or local air quality reasons.

Well maybe now is the time.

Using the above AEMO figures and my handy spreadsheet, I have produced the list of coal power stations that can be shut down, and here it is.

This can be done now.

The federal government’s pathetic goal is 5 per cent by 2020, but here we can see an immediate solution of near double that. 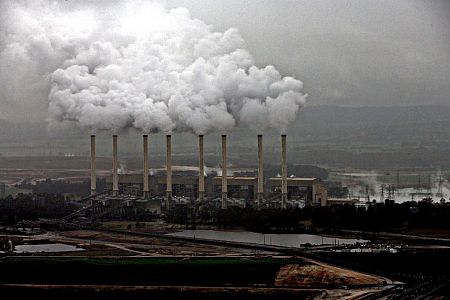 So I contacted the various state Energy and Resources ministers and asked if they would be shutting down any power stations anytime soon.

This is disappointing from Victoria and Queensland as they are new Labor governments, and it was hoped that the environment would be higher on their agenda.

However, as we know, the Palaszczuk government in Queensland has already flagged they don’t care two hoots for the Reef and climate change by waving through the Galilee coal fields/Abbot Point development.

Yet NSW in its way is the worst of all. Recently I covered a report from the Climate and Health Alliance, which states that the health costs from burning coal in the Hunter Valley of NSW amounts to $600 million a year.

So the simple closure of Liddell, the smallest and oldest of the three NSW majors  – the other two are Eraring and Bayswater – would reduce the respiratory health issues in the Hunter by a third, and thus produce $200 million dollars in savings for the NSW budget.

Yet clearly, the Baird government continues to be mesmerized by the coal industry spin dogs, who tell them that coal is the backbone of the NSW economy.

And before the Baird government starts bleating on about jobs, approximately 300 people work at Liddell power station. Approx 150 – a figure arrived at by capacity comparison, as Energy Australia didn’t reply when I asked them – at Mt Piper, and coal mining employs 0.5% of the workforce in NSW.

So closure of Liddell and Mt Piper will hardly bring the NSW economy to its knees.

However, thankfully, for the people of the Hunter Valley and NSW and indeed the Planet, there is one party that is prepared to put the health of the citizenry before the profit of company, and that’s the Greens.

I contacted Greens spokesperson on Energy and Water, John Kaye and asked him about this.

Over the phone together we brought up the AEMO figures that I had referenced in an email to him.

John read them through, and saw quickly the scenario at hand, then responded by saying:

“This  is the time to begin the process of taking NSW out of coal, and this can be done immediately by shutting Liddell, and securing jobs for the employees in the clean energy economy.”

Can’t say fairer than that, never let it be said that the Greens are a party that wants to put everyone out of work.

They, clearly, only wish to have people re-employed in non-polluting industries.

Now Macquarie Generation has even started this process, as Liddell has a complementary Concentrated Solar Thermal (CST) project, generating 9.3MW in place and operating at Liddell.

Surely the bleeding obvious is for the Baird government to close the coal fired part of Liddell, invest heavily in the solar project, and then re-employ those workers into non-polluting solar.

However, considering Mike Baird’s constant worshipping at the altar of polluting coal this seems highly unlikely.

So there you have it. With thanks to Environment Victoria and the NSW Greens, Independent Australia has offered an easy solution as an opening salvo in decarbonizing Australia’s economy.

An immediate cut of nearly double the Abbott government’s pathetic 5 per cent.

Coal plants consume as much water as the basic needs of 5 billion people. #WorldWaterDay #NoWaterForCoal pic.twitter.com/eJujyRVlIM