While Whitehaven Coal and the NSW Government continue to trash the nation, former Wallabies captain David Pocock has made a principled stand — to the fury of rugby officialdom.

“The vandals are in charge, now”, said Greens MP David Shoebridge, in his role as Greens spokesperson on Planning.

Shoebridge was talking of the state of the environment in NSW under the "control" of Minister for Planning Pru Goward and the Department of Planning and the Environment.

Shoebridge said that to me on the phone, as we discussed events of the past weekend that saw Test rugby union player David Pocock arrested for chaining himself to mining equipment at the controversial Maules Creek coal mine, in the north-west of NSW, near the small town of Gunnedah.

The national rugby team, the Wallabies, have just finished an unspectacular tour in the northern hemisphere, but inspirational flanker and former captain Pocock was injured and could not participate in the tour.

However, he has put his time off the field to good use for Planet Earth by making a stand against this coal mine.

The background of this mine’s controversy can be read here, with us at IA, and also at the excellent ABC Background Briefing story — ‘The Trouble With Offsets’.

However, a quick summary would not go astray. 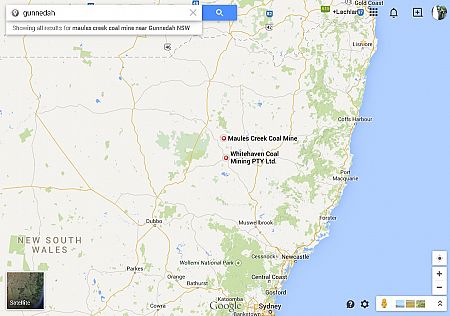 Whitehaven, who own the Maules Creek mine wish to destroy a large part of Leard Forest to expand the mine. This is horrendous environmental vandalism of the worst kind, as Leard Forest contains the last White Box gum grassy woodland in good order on Earth.

The list of problems with offsetting is legion, but in the case of Leard Forest, the issue is sharply clear. Since Leard Forest is the last of this ecosystem, you can’t offset it because it’s unique. You simply can’t find another same-sized White Box gum grassy woodland - in good order, anywhere on this Earth. It would be like trying to offset the Pyramids or the Great Barrier Reef.

However, Whitehaven have leaned on the NSW Government and continually got their way to be allowed to destroy, to slash and rip at this woodland so as to be able to mine the almighty coal.

A group of protesters have gone out and been a constant thorn in Whitehaven’s side, doing their best to delay this forest destruction, using all peaceful methods.

"I believe it's time for direct action on climate change, standing together as ordinary Australians to take control of our shared future."

Apart from the message this mine sends on global issues, Pocock was also concerned at the local level, saying:

"This mine is about so much more than climate change.

"This is something that's beginning to impact the community and will have far greater impacts in the future in terms of the water table, the health implications of living next to a coal mine.”

He concluded with this world leading statement:

"It is part of being a human being and taking on the challenges we face as a society. It is about giving back and getting the conversation going."

David Pocock has penned this really eloquent piece on why the risk of arrest at Maules Creek was worth it: http://t.co/tc1yB7BEeu

"... should know better than others the importance of respecting the umpire's decision.

"In this case, Maules Creek has been thoroughly assessed and fully approved by all relevant state and federal government authorities."

Oh really, Mr Flynn? There’s a massive difference between legal and moral, and this mine and all the approvals involved land well into the grossly immoral end of the spectrum.

It is well known that the current Federal Government will do anything to make the mining of coal easier, and the NSW Government are no different.

Given the approval for the expansion of the Maules Creek mine involves the destruction of a unique ecosystem, with the deaths of the animals that depend on it, as well as the destroying of the local water table and the subsequent deleterious effects on local agriculture and the mine coal which will further add to Australia’s already staggeringly high per-capita greenhouse emissions, one can only wonder what it takes for a project to not be approved by the Planning and Assessment Commission?

This protest at Maules Creek by Pocock builds upon his already impressive world-caring resume. Zimbabwean-born Pocock formed a charity, Eightytwenty Vision, in 2008. This charity has the aim of helping those less fortunate in Zimbabwe. The charity seeks to tackle the

‘... general lack of food, electricity and opportunity in the country.'

However the governing body for rugby in Australia, the ARU, don’t care about any of that protecting-the-future-of-the-planet rubbish, and have said in a statement (via AAP):

‘While we appreciate David has personal views on a range of matters, we've made it clear that we expect his priority to be ensuring he can fulfil his role as a high-performance athlete.’

God knows what the ARU want of Pocock, the protest took ten hours and his court attendance will be one day in January next year. Perhaps Pocock can run to court and that will satisfy the twin goals of keeping up his training and following the requirements of the legal system?

So I spoke with David Shoebridge and he was – as usual – gobsmacked with what Minister Pru Goward and the Planning department are able to get away with.

I asked him about the Pocock protest and he said:

“Clearly David Pocock has felt the need to step outside the formal decision making structures. Since the Baird Government are no longer listening to the people, Pocock went out there and put his body on the line for the environment.”

“His stand will give the local community members and those protesting against this mine a real lift.”

I mentioned Leard Forest and Shoebridge recalibrated the scale of the destruction, saying:

“It’s not just Leard Forest that is going to be destroyed — that huge open-cut mine is eating the entire landscape, soon there will be nothing left out there but an enormous coal-bearing hole in the ground.” 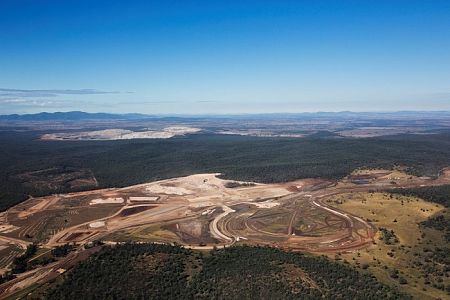 “I visited the site recently and spoke with Indigenous elders, and they had tears in their eyes as they looked upon the destruction, which included the loss of designated Indigenous burial sites.”

“It’s insanity, layered upon misery, with people feeling so disempowered.”

So, Whitehaven continue to trash the planet and Minister Goward continues to yell encouragement from the sidelines.

I did contact Minister Goward and asked if this protest, or any other reason, would make her cancel Whitehaven’s approval to mine coal in this area, but got no response.

But we can take hope from the stand of Pocock, who is clearly an inspirational leader — on and off the field.