Australia must grasp the opportunities of manufacturing, writes Nanette Radeck.

BETWEEN THE YEARS 1863 and 1869, the U.S. built their First Transcontinental Railroad that was to unite the eastern and western halves of the country. This railroad dramatically changed the U.S. and today it is considered to be one of the greatest American technological feats of the 19th Century.

In a time when many Australians fear the economic dominance of China, it's not properly understood is that Australia has the potential to make a dramatic change for its people: by building a transcontinental railway for industry. With this rail line, Australia will have the capacity to dominate the steelmaking industry.

We have an industry, right at our feet that can be more competitive than China. 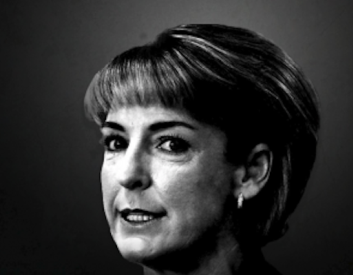 Unemployment in Australia has been baking for a long time.

Australia currently dominates the seaborne steel making market, producing 70% of the raw materials required to create steel. It goes without saying that without this, we would be less prosperous. We have this right in our back yard, yet we have not fully embraced its potential. There is scope for so much more; and perhaps if fully supported, it could be our saviour.

Project Iron Boomerang (PIB) is a proposed 'transcontinental multi-user rail infrastructure corridor and steel manufacturing complex that will revolutionise global steel manufacturing'. This is precisely the kind of nation-building project Australia and the north of Australia needs right now.

With partners such as Glencore, Ranbury, QUANTM, CIMIC and Engenium supporting the PIB, I see no reason for why this can’t get off the ground. In 2005, the Beattie Government announced the PIB was a 'project of State significance'. It underwent a seven-year study to determine its viability and came out on top. Yet, here we are 15 years down the track and there is no PIB. Still, millions of Australians and many of its elected leaders crying out that we must bring manufacturing back.

History shows us that manufacturing in Australia peaked in the 1960s at 25% of the country’s Gross Domestic Product (GDP) and has since dropped significantly. Currently, Australian manufacturing contributes 6.05 per cent of the GDP, exports $96.1 billion of goods and employs 856,000 people. This has fallen from a high in 1996, when it contributed to 14 per cent of the GDP and employed more than a million people. 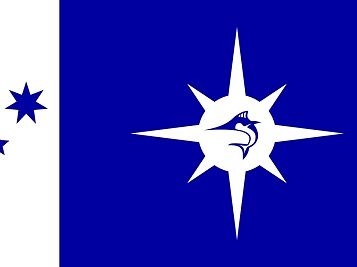 North Queensland is a State of mind

One of the mistakes of our Federation is that North Queensland is not a separate state, writes history editor Dr Glenn Davies.

PIB's vision is to build a purpose-built rail line that links:

'Australia’s two great ore bodies for steelmaking, iron ore from the west coast and metallurgical coal from the east coast. The transcontinental railway will be dedicated to carrying resources efficiently from one side of the country to the other between the first stage iron and Steel Precincts.'

The goal is to produce steel on both sides of the country and then export the steel to the tune of 18 billion per annum.

As a nation, it is imperative for us to ensure industry is highly integrated, collaborative and provides creative solutions to contributing to global supply chains. PIB is exactly this. If we want change, we must make change, and we must dream "big".

We must find solutions to growing our manufacturing industries, so why not embrace and evolve a market we already dominate? If our elected politicians are looking for solutions, PIB is one that needs serious consideration. 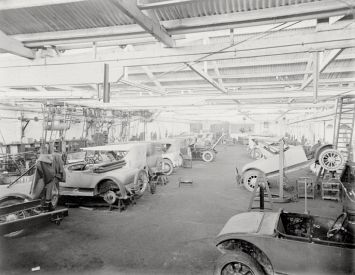 The history of the rise of the auto industry has rarely been addressed in public debate, writes Evan Jones.

Project Iron Boomerang definitely needs a strong Federal Government and strong state governments with both ambition and a belief in the future of Australia. With the State Election in Queensland on the horizon, it becomes even more imperative that we vote for representatives and their corresponding political parties who hold such principles and have such a vision.

Nanette Radeck has worked across the education sector.