The telecommunications sector is flourishing in the French Pacific region with advancements in broadband and mobile technology, writes Paul Budde.

AFTER THE NUCLEAR submarine debacle with France, political ties have been restored and both France and Australia have agreed further cooperation in the South Pacific, where France has several overseas territories. Also, here telecoms is a key issue. Such cooperation has become more urgent with the increased political interest of China in the region as we discussed in the two previous articles on the region.

Last year, we started an annual overview of the telecommunications developments in the South Pacific and this is the 2022 update that I have been able to piece together with the researchers at BuddeComm.

New Caledonia’s telecom sector is dominated by the telecom operator OPT-NC, which holds a monopoly and provides fixed and mobile voice services, mobile internet, fixed broadband access and wholesale services for other ISPs.

The country is well serviced by extensive 3G and LTE networks and is considered to have one of the highest smartphone adoption rates in the Pacific region. By 2025, smartphone penetration is expected to reach 71%. 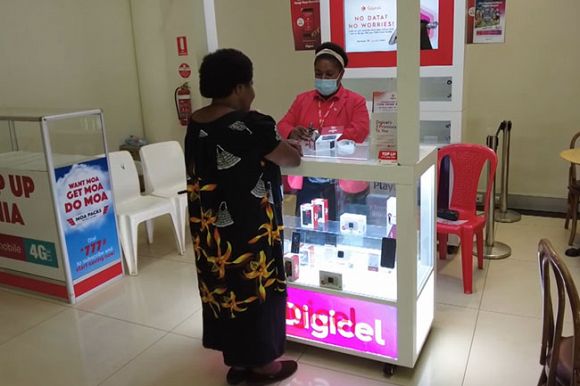 With Fiji's lead in the Pacific Islands mobile communications market, Australia's financial input has been of strategic importance.

While DSL is still the dominant fixed broadband technology, OPT-NC is also deploying a nationwide FttP network. In April 2022, OPT-NC stated that it had connected 28,000 fibre customers to its network.

The South Pacific region has become a hub for submarine cable system developments in recent years, with further networks scheduled to come online later in 2021 and into 2022. These new cables are expected to increase competition in the region with regards to international capacity. In 2020, the government-owned telco OPT-NC commissioned Alcatel Submarine Networks (ASN) to build the Gondwana-2 cable system to provide additional network capacity and complement the Gondwana-1 cable.

Information and communications technology (ICT) is increasingly being viewed by the Government of New Caledonia as a key driver for the country’s economic growth as well as greater efficiency in public service delivery. The Strategic Plan for Digital Economy has been in operation since 2013, following an initial investment of CFP8 billion (AU$96.7 billion) to fund 33 action plans aimed at promoting the universalisation of telecom services and ICTs to improve economic planning and development. By 2019, the ICT segment accounted for 2.6% of New Caledonia’s GDP.

More recently, in August 2020, a digital steering committee was created to focus on the country’s digital transformation agenda. The committee’s first meeting centred on the digitisation of public administration services and the creation of the “Totem Place” project which aims to link the players in the country’s technology sector.

The launch of subsea cable and satellite infrastructure has provided a much-needed boost for connectivity in recent years. Communication services have been expanded into New Caledonia’s rural areas. Mobile coverage has increased, while more innovative internet offerings and broadband products have become available, and fibre cables are being deployed. This is enabling more of the population to benefit from opportunities offered by the internet and digital economies such as e-commerce, e-health and e-government services. 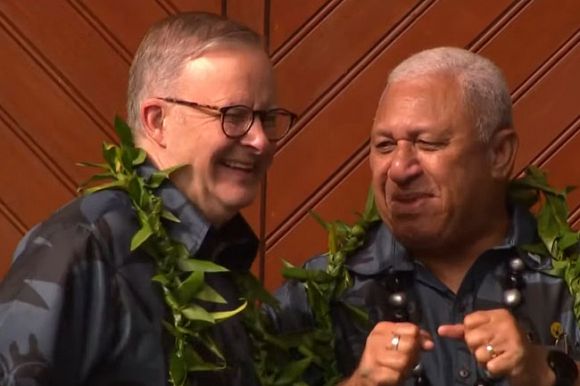 Australia has intervened to improve telecommunication systems in the South Pacific against rising tensions with China.

French Polynesia has one of the most advanced telecoms infrastructures in the Pacific Islands region. The remoteness of the country with its scattering of 130 islands and atolls has made connectivity vital for its inhabitants. Office des Postes et Télécommunications is the primary provider of domestic telecom services, mobile telephony and internet services, while its subsidiary, Tahiti Nui Telecommunications, provides international voice services and manages the submarine cable infrastructure.

The first submarine cable was deployed in 2010 and since then, additional cables have been connected to the islands, vastly improving French Polynesia’s international connectivity. An additional domestic submarine cable, the Natitua Sud, will connect more remote islands by the end of 2022.

With improved international connectivity, fixed broadband penetration has become among the highest in the region. A considerable number of consumers access FttP-based services. With the first data centre in French Polynesia on the cards, the quality and price of broadband services are expected to improve as content will be able to be cached locally, reducing costs for consumers. By 2022, fixed broadband penetration will reach an estimated 22%.

About 43% of the country’s mobile connections are on 3G networks, while LTE accounts for 12%. By 2025, LTE is expected to account for more than half of all connections. It is also estimated that 77% of mobile subscribers will have smartphones by 2025.