Google versus Australia: The war is on

WE HAVE seen that Mel Silva, Google Australia’s Managing Director, threatening to shut down its search engine in Australia if a proposed law requiring tech giants to pay publishers for news isn't changed. The most controversial issue is that it would have to pay publishers for links to news articles that appear in search results.

This is rather different from the French situation, in which Google only pays for the news snippets it uses.

Let me look at this from the two different positions: the industry and the government. 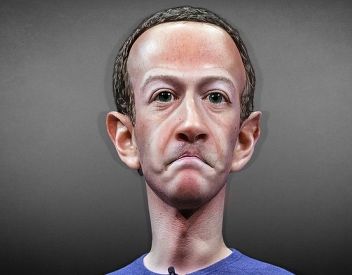 The Australian Government’s attempt to strong-arm Google and Facebook with its ACCC Media Bargaining Code is characteristic of its adversarial stance against the tech giants.

Permission-based marketing would help to bolster their trustworthiness and credibility. This idea is that all private information remains private and the users are fully in charge of passing on their private information in exchange for services from the digital giants.

The fact that these digital companies have now become monopolies will also have competition and other commercial consequences, as they are having a massive negative effect on a whole range of industry sectors. Of course, we need to look at this in a balanced way and consider the benefits they've contributed. So let’s not throw the baby out with the bathwater.

There are indeed plenty of pain points that do need to be addressed. Rather than waiting for regulators to step in, these companies should take the initiative. Unfortunately, that has not happened.

This situation is partly a reflection of the American way, where these companies reside. The land of the free, with as little government involvement as possible and where the mantra is "let the market decide". Because of this commercial freedom these companies typically enjoy in America, it would be much harder for them to grow into what they are now anywhere else.

This is a positive: it is innovation and entrepreneurship that should be applauded. However, there are limitations if you want to pay on the global stage.

These companies seem to fail to understand that being global also brings in global responsibilities. Countries like China, Russia, Iran and Turkey simply use their totalitarian regimes to force these companies to change or they simply block entry. Democratic countries rely more on collaboration to solve issues.

However, the reality is that these companies operate globally and that many of the pain points are felt globally. So, with the digital giants refusing to address these issues themselves, the best way forward is to come up with international cooperation between countries to find solutions.

Each individual country is simply not big enough to forge international standards. Ending up with different regulations for each individual country does not make sense. It either allows the digital giants to water each proposed solution down and pick off countries or threatening them on a case-by-case basis. Or on the other hand, a myriad of different local regulations makes these services commercially unviable.

What we now see happening in Australia is an escalating development. As digital companies failed to self-regulate and the Australian Government decided to go alone, we now reach this standoff. It will be politically impossible for the Government to give in to the bullying from Google. The company, on the other hand, knows very well that the rest of the world is watching them. They now find themselves between a rock and a hard place.

If Google indeed withdraws some of its services from the Australian market, that will be very disruptive for many companies and individual users. Perhaps except for a few large media companies, all other businesses in Australia love to see their information and links to their information spread around the world.

Many businesses totally depend on Google’s advertising power for their business. Obviously, a compromise needs to be found. True, if the worse come to the worse, yes there are other search engines, but that would be very disruptive and not a good outcome. Australia will end up with a second rate situation. 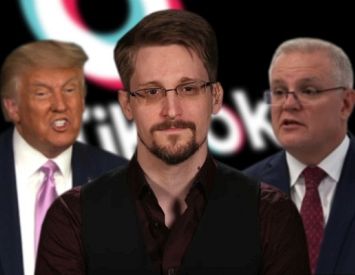 The trouble is that the situation now has gone so far that international collaboration is no longer possible. Australia has pushed itself into a corner. Eventually, other countries might be able to negotiate better outcomes with the digital giants or perhaps get more comprehensive solutions regarding many of the other social media issues.

Where would that leave Australia if that happens?

This news issue is only one of the many issues that we are facing, how and when are we going to address the other ones. I much more like the European approach.

But within the context of this smaller battle between Google and Australia, there may be some room for manoeuvring. While you could argue that if Google uses snippets of news, that could stop people going to an article, links are different. They should be used by Google without payment. The independent panel of arbitrators might be another element that could be massaged into a more acceptable form for Google.

Let us hope that common sense prevails and that cool heads find a compromise that will be in the best interest of the whole country. And not just the media moguls.