THE DIGITAL MARKET has matured over the last 20 years and it is no longer an excuse for governments to do nothing with the aim to let new markets and innovations emerge without immediate regulatory oversight.

It has become clear this period is now well and truly over. The European Commission has already launched several lawsuits against the digital giants. Regulation, in general, is known as “ex-post” (after the deed has been done). This is set to change as I will explain later.

My colleague Scott Marcus from the economic think tank Bruegel based in Brussel participated in a very interesting discussion on this topic. I will tap into their information in my article.

The digital platforms that have emerged are successful because they are very big indeed. They make their business sector different from others as the digital sector can grow very big quickly without requiring massive investments. Compare this, for example, with other global sectors such as the car or airline industry. Furthermore, the digital giants operate across traditional industry sectors and as gatekeepers they have a massive impact on the overall economy. 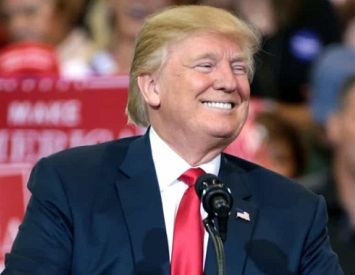 The importance of regulating disinformation and 'fake news'

It was interesting to see that, albeit belatedly, the American media started to stop giving Trump opportunities to spew out his lies across the country and beyond.

Just splitting the digital giants up, the European Union argues, would take away the universal services that are available over these platforms. Consumers would be confused and no longer interested if there were dozens and dozens of such services with the need to achieve a similar service outcome. It is like telecoms, electricity and water — the fact that these services are ubiquitous makes them so successful.

As governments now have a good idea about the pros and cons of these platforms, it becomes possible to look at how to best regulate them to avoid the range of illegal and harmful activities that are being conducted over these platforms.

It is rather useless if all 200+ governments around the globe start issuing their own regulations. Australia’s attempt to just address one aspect of it, getting the platforms to compensate the local press, is clearly not the best way forward. Firstly, it only addresses one small issue and secondly, they are doing this as one of the 200 governments.

It makes far more sense to start looking at these digital giants in a more strategic way and, at the same time, see if this can be done in a more unified way across nations.

The EU is trying to do this. They already took the lead in the General Data Protection Regulation (GDPR) which has now been adopted widely across the globe. This time, they have introduced two Acts aimed at stopping illegal activities over these platforms, requiring the giants to come up with measures to stop harmful content and at the same time to open the platforms so competition will be made possible on top of them. The European Commission has now proposed two legislative initiatives: the Digital Services Act (DSA) and the Digital Markets Act (DMA).

The DSA and DMA have two main goals:

This is aimed at the platform gatekeepers and only at the large ones which are measured by several parameters, a key one being that they provide services to at least ten per cent of the European Union citizens (an average of 45 million users monthly). 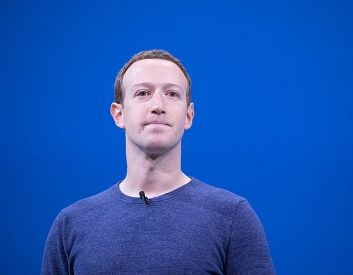 Data trusts could help to restore the balance between privacy and effective governance, writes Paul Budde.

While it looks certain that these Acts will indeed be put into law, this could easily take one or two years and will include one of the most serious lobbying activities ever seen in Europe — the stakes are enormous and the giants are very powerful.

Key elements in the Acts are that they are ex-ante; they will have to be implemented beforehand instead of action being judged afterwards. The reason for this way of regulating the gatekeepers is that as they wield great powers, they also must accept great responsibility and that means that they have obligations.

Because of the complexity and the proprietary nature of these platforms, governments have very little insights into the illegal activities taking place on them. For that purpose, the Acts will force the gatekeepers to be more transparent. In relation to harmful content, the Acts opt for co-regulation. They will ask the gatekeepers on how they will address these issues and will require them to provide half-yearly or yearly reports on their progress.

On the competition side, the Acts requires the gatekeepers to open their platforms. The issues have been divided in a blacklist and a whitelist.

The blacklist requires them to:

On the whitelist side, gatekeepers should allow third parties to integrate their systems with their own ones and must allow businesses to export data in relation to their own services from the platform. As competing with the giants currently is close to impossible, interoperability would allow for more competition over the platform.

A key element now will be to start a dialogue with the new U.S. Administration to come up with an overall policy. The platforms are a great addition to our society and our economy but at the same time, we need far more transparency, interoperability and the ability to compete on top of these platforms. Will this undermine the economic viability of these large platforms; are they moving into utility territory?

I am looking forward to the discussions that are going to take place. If we combine our brainpower, we can surely come up with better outcomes. So, interesting times ahead. It is great to see Europe taking a lead in the thinking process behind this as they have nothing to lose unlike the USA and increasingly China where these platforms reside. This is a delicate situation with different national interests. Can industry and government come up with mature and good solutions? Yes, they can, but are we willing to do it?

28 September 2022, 8:00am Privatisation of Australia's broadband network would be a tricky process, but ...

21 September 2022, 8:00am Former Telstra CEO Andy Penn has expressed regret in not speaking out against the ...

14 September 2022, 8:00am From brain-computer interfaces to programmable materials, these are the trends that ...
Join the conversation
comments powered by Disqus
News updates