There were many highlights and memorable moments from last Friday night’s (21 November) IA function at the Summer Hill Hotel in Sydney ‒ the food, the drink, the feeling of warmth and camaraderie among 65 people, most of whom had never before met; Peter Wicks discussing his game-changing Jacksonville investigation and then Craig Thomson’s father Jack lauding him at the end of the night as a “secular saint”; Sydney bureau chief Ross Jones surprising the crowd by reading an extract from his almost completed book on Ashbygate, featuring the very hotel in which we were seated; a solemn moment as deputy editor Sandi Keane spoke about the rare and serious illness being battled by senior correspondent Barry Everingham; managing editor David Donovan previewing IA’s soon to be launched 2015 supporters' and members' subscriptions; entertainment editor John Turnbull exciting fans by giving away numerous prize packs, featuring new IA merchandise, books, prints, CDs, original art (and even a rice cooker donated by Indira Devi) ‒ but the undoubted highlight was the short speech by the peerless Bob Ellis, made towards the end of proceedings, which we reproduce here in full after repeated requests:

In this, the worst of times in our country, when lying is a constant, and looting and cheating a kind of religious pursuit, and nothing we beseech of the heavens is delivered on any day, it is worth having, I think, as it was in the days of Samizdat in Czechoslovakia, and Private Eye in Macmillan’s England, an organ in which a writer, unprintable anywhere else, can point and mock and say his say, speak truth not just to power but those who, under the boot-heels of power, most need to hear the truth of their condition.

Independent Australia is one such organ, and numbered among the very few, and it is oxygen, and clarity, and champagne, and hope, audacious hope, to many who else might be slitting their wrists or out by night with a baseball bat proposing to injure Andrew Bolt.

It is a comfort, in a time of woe, and a weapon against a sea of troubles which one might seize, and know truly, and be thankful for.

Here’s to IA, and all who sneer and grumble and utter great epiphanous thoughts and all who speak truth in her.

Thanks to everyone who attended this outstanding and enjoyable event. Thanks also to Sydney chief Ross Jones and the Summer Hill Hotel for their immaculate organisation and service. For people who missed out, IA is planning another similar function in Brisbane in February or March 2015, with other centres after that.

With the IA crew at summer hill pic.twitter.com/rs2qN3Qle3

The X-man with IA's new 'Liar bird' bag, with @JohnGrahamArt design. We'll let you know soon how you procure one. pic.twitter.com/yHyNdnCI1D 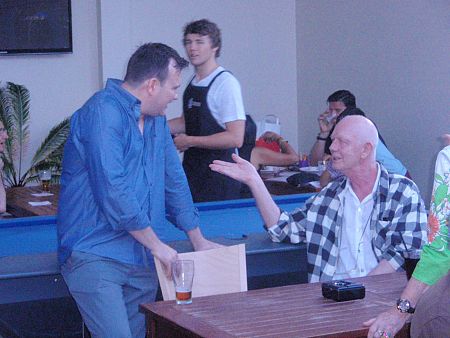 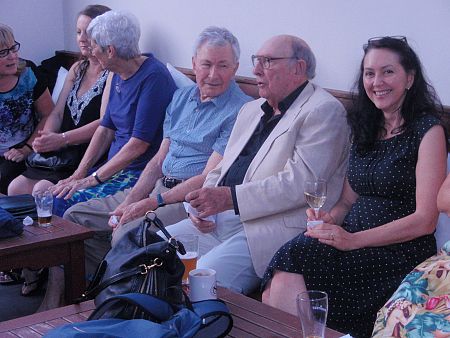