Margaret Fitzherbert argues in The Age that the royal wedding and the new British government provide an opportunity to get rid of the gender prejudice inherent in the laws of succession to the British throne.

Barry Everingham, in a letter published in The Age today, says that gender prejudice is just one unpleasant element of these discriminatory 300-year-old laws. 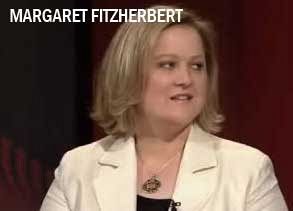 MARGARET Fitzherbert’s take on the overhauling of the rules  of succession to British throne should be required reading for those Australians who cling to the retention by this country to such an outdated and offensive system.  The fact that we are bound by laws made in 1701 and in 1772 really beggars belief.

To be the Australian head of state, under those laws still in place, an individual must be an heir of Sophia, Electress of Hanover “...as determined by male-preference cognatic primogeniture, religion and legitimate birth”.

This is offensive in egalitarian Australia and especially to Australian Roman Catholics, who are specifically excluded from  the nation’s highest office. And in view of the increasing  numbers of children born to parents who have not married – quaintly and specifically  referred to as “bastards” in these laws – another large section of the community are specifically barred.

Surely the time is fast approaching for the Australian community to take a stand and drag us, screaming if necessary, into reality and dignity as a nation.
REPUBLIC 1701 Act of Settlement Barry Everingham British Crown gender equality Laws of Succession Sophia Electress of Hanover
Recent articles by Barry Everingham