Wilkie ups the ante after Gillard gambles on pokie reform

The stakes are high. By reneging on her deal on pokies reform with Independent MP Andrew Wilkie, thereby again reducing Labor's parliamentary majority to one, Julia Gillard has made the biggest gamble of her political career. Zareh Ghazarian from Monash University comments. 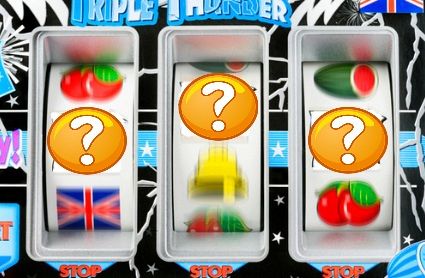 The Gillard government finds itself in the same position it held at the start of 2011.

The withdrawal of support from independent Andrew Wilkie means that, like this time last year, the government holds a one seat majority in parliament. Indeed, the government could not be able to hold its majority had Peter Slipper not been made Speaker last year.

But does Wilkie’s withdrawal mean the government will go bust? He has said has a preference for stable government but the political arithmetic means the government could still face serious problems in future without his support.

In his statement, Wilkie said:

“I can no longer guarantee supply and confidence for the Government because the Prime Minister has told me she can’t honour the promise to introduce mandatory pre-commitment on poker machines by the end of 2014.

“I will only support motions of no confidence in the event of serious misconduct and not support politically opportunistic motions. I will consider budget measures on their merits.”

Wilkie, who first won the Tasmanian seat of Denison in 2010, initially agreed to support the Gillard Government following an agreement that would bring about significant reforms to gaming machines with the aim of tackling problem gambling.

The plan to mandate pre-commitment technology on pokies machines, however, was met with much opposition from pubs and clubs who depend on the revenue from their gaming machines. Clubs Australia launched a major campaign against the proposed reforms and the issue became a major concern for Labor, especially in marginal seats in NSW and Queensland.

With Labor already polling poorly in these states, it was a somewhat pragmatic decision for the prime minister to propose a compromise deal and blunt pokies reform as a political issue for her government. Rather than implement the full suite of reforms, Gillard’s proposal would see a year-long trial of pre-commitment technology in the ACT.

While not going ahead with the Wilkie deal may seem like getting pokies reforms off the agenda until the next election, the government appears to have opened up two major issues for itself.

The first issue is that of timing. The next election, if the government was to go the full term, would be held in August next year. This means there are some 18 months which the government must maintain its one seat majority.

But, as this term of parliament has highlighted, the numbers can change at any time. This would be encouraging for the opposition leader, Tony Abbott, as he could seek to sway other independents and try to form a majority and take government now. The ultimate irony would be if Peter Slipper was to somehow decide to return to the Coalition and thus take Labor’s majority away.

Labor would clearly also be hoping for no MP, especially from a marginal seat, to be forced from parliament through ill health or other reasons. Because, based on opinion polls, it would be a struggle for Labor to hold on in a byelection.

The second issue is that which will most likely be pushed by the opposition; trust. Gillard still appears to be carrying the burden of having deposed Kevin Rudd to become prime minister in the first place. Gillard’s famously chronicled “broken promise” of bringing in the carbon tax generated much debate and arguably led the government to slide in the opinion polls last year.

With Wilkie now questioning the prime minister’s ability to keep a promise, the issue of trust will be just that bit more difficult for the government to defend.

The Australian Greens have already vowed to introduce pokies machine reforms through a private member’s bill. If this was to go through parliament it would make the Greens look like a party more capable, if not more willing, to tackle problem gambling compared to Labor.

With the Greens already attracting many former ALP voters, the implications of breaking the Wilkie deal could be damaging for Labor over the longer term. If nothing else, it would make the Greens appear in a stronger position in the policy debate.

Commentators will question Labor’s wisdom on this policy decision, but Gillard still has over a year, and the resources of government, to turn public opinion around. But the problem for Labor is that this will re-energise debates about the “trustworthiness” of the government. The stakes are high and the next tranche of opinion polls will give some insight as to whether Gillard’s gamble has paid off.

(This article was originally published at The Conversation. Read the original article.)