Why did the mainstream media only report on the Prime Minister's new look at the Press Club last week, asks Denise Allen. 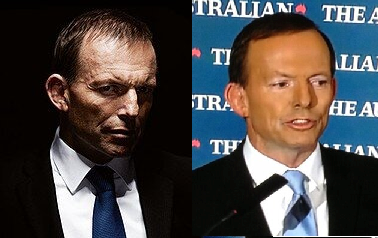 WHEN PRIME MINISTER Julia Gillard fronted up to the National Press Club last Wednesday sporting a trendy new pair of hipster glasses, instead of her usual contact lens, the mainstream media had a conniption.

Supposed professional journalists were taken aback by her “new look” to the point where they all but said — “how dare she this without consulting us first!”

So, as usual, they wrote endless silly stories about the Prime Ministers “new look” saying she copied her glasses from Hillary Clinton, how she “stunned the nation”, “became a media sensation”, “caused a stir” and fashionistas lined up to comment.

Whilst they beavered away, with that little inconsequential piece of trivia, the Prime Minister went on to deliver an excellent speech about the Government's plans for the nation.

The Prime Minister has come a long way in the past four years.

Julia Gillard has grown into the role as leader of our nation with grace, humility and a strength of will that I believe not many people thought she had in her.

As our first female Prime Minister, she has endured a barrage of criticism — including once from yours truly, but now, all I see is one highly intelligent, strong, determined refined woman.

When she holds a press conference, she is not only very poised and confident, she is on top of every issue. She has stood strong and had absolutely no qualms about standing in front of the jackals from mainstream media and answering every single question they fired at her.

The way she has conducted herself amid the tantrums and abuse from the Opposition and mainstream media is to be commended and applauded.

Which brings me to the Opposition.

Tony Abbott fronted up to the National Press Club two days after the Prime Minister on Friday 1 February.

Amazing, I know, but not one mainstream media journalist commented on his “new look”.

Having worked in the fashion and beauty industry for many years, I am only too well aware when someone has had a makeover. For 20+ years, I used to teach young women and men body image, life skills and how to improve their presentation for employment: makeup, hair, clothing, etiquette and speech. I know the tricks of the trade of makeup to highlight eyes, cheekbones, and so on. 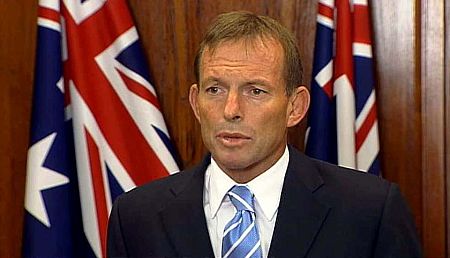 Why no mainstream journalist, those very same ones who salivated over the Prime Ministers new glasses, didn’t then write about Abbott’s makeover is beyond me.

Because it was so obvious — you didn’t need to be expert to “spot the difference”.

Surely they could notice the change — the smooth polished wrinkle free finish to his face, particularly his forehead; the “tanned” look to his face; the white eye shadow used to “highlight” his eyes; the strange makeup addition to his lips (must be a new product!); the new slight, but noticeable, “extra fullness” to his hair. 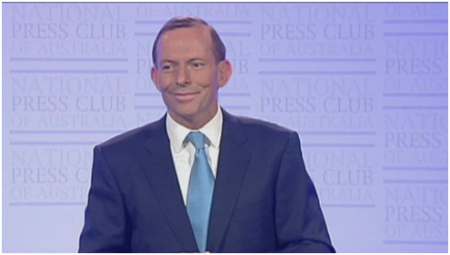 Now, I am not saying there is anything wrong with this.

I tried botox myself, once, six years ago and knowing how to apply makeup correctly is second nature to me having been in the business — but I do believe Abbott’s new smooth buffed look has been a tad overdone.

But what I am more curious about is why mainstream media frothed in endless dismay about the Prime Ministers glasses and wrote silly stories about it, but totally ignored the fact that, somehow, Abbott had miraculously overnight had lost his “craggy” looks, grew more hair on top of head and looked slightly orange.

Why he felt the need to go as far as he did is very odd.

It was very Silvio Berlusconi:

Whoever is advising him, a little bit of counsel — it didn’t work.